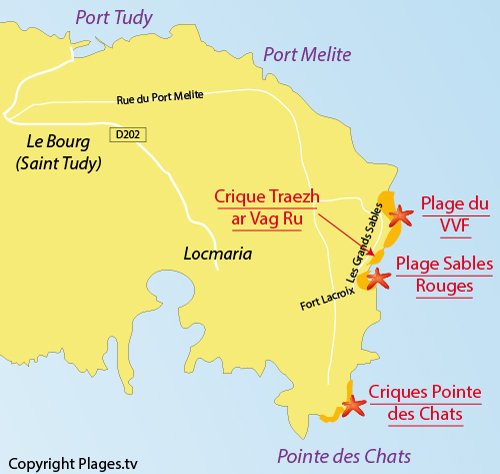 Our opinion on the Traezh ar Vag Ru Beach

A rare thing occurred in the history of this cove and the surrounding coves. Some thirty years ago, an immense convex beach (not a hollow but a mound, one of the only examples in Europe) was there, one or two meters above the level of the present beach, and joined them all up. It was called "les Grands Sables" or "beach at the end of the island", but little by little, from the 90s, the beach shifted to settle in the 2000s on the beach that currently bears the name of "Grands Sables", on the other side of the Croix point and its red lighthouse. It left behind, only a string of coves, well sheltered, but separated from each other. It was once a place that the neighbouring VVF had for its customers. Be careful, the sea currents being unpredictable, the Grands Sables could come back! But the privacy of a small family cove is good too. Beware, this cove of Traezh ar Vag Ru (formerly Grands Sables beach) does not really have direct access, you have to go through rocks which prevents it from overcrowding.

To get there, follow the road to the Pointe des Chats then the chemin des Grands Sables. 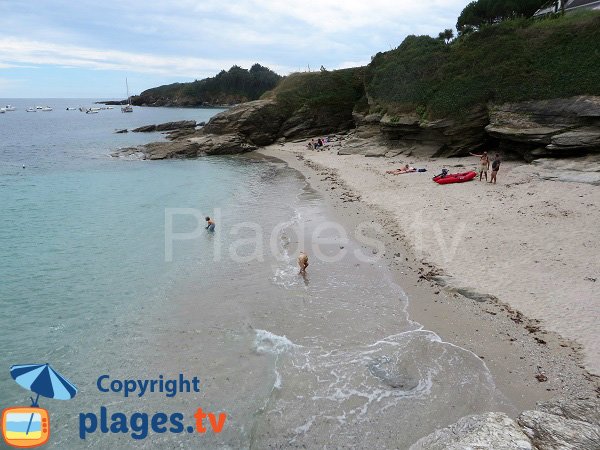 Where once stretched one of the only convex beaches in Europe, there are only coves, charming, which criss-cross along the east coast. 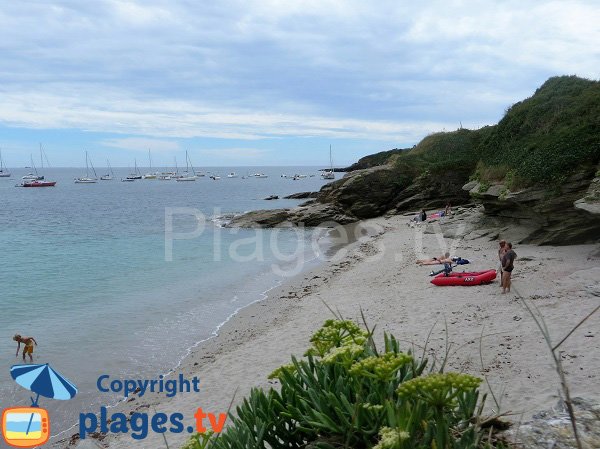 Who says "east coast" says "sheltered from the prevailing winds". The mooring off of these coves is therefore sought after. 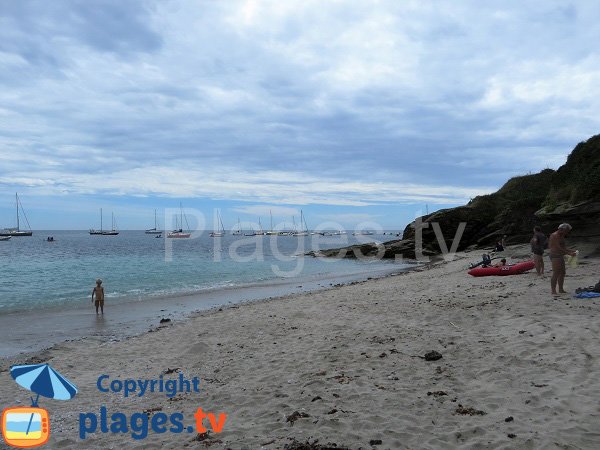 Among the boats at anchor, many are for cabotage” (transports) along the coasts of Brittany and further afield and arrive here at the end of the day. They often come here to take a break, on land, or even spend a day or two. 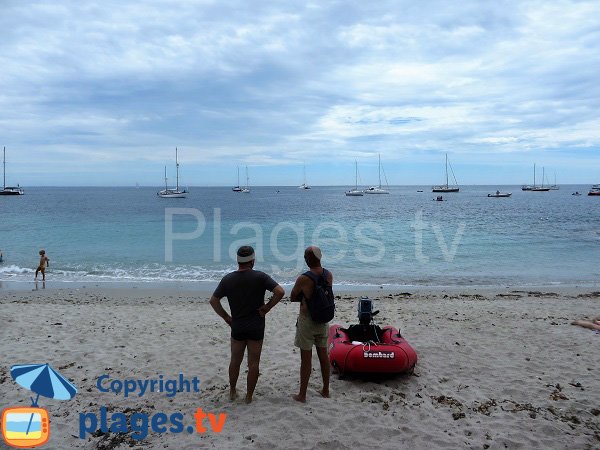 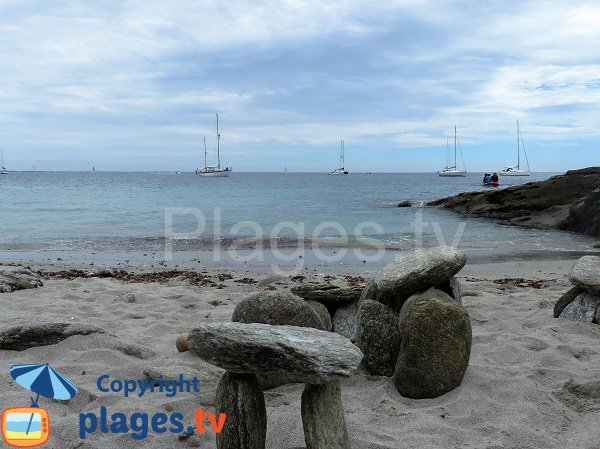 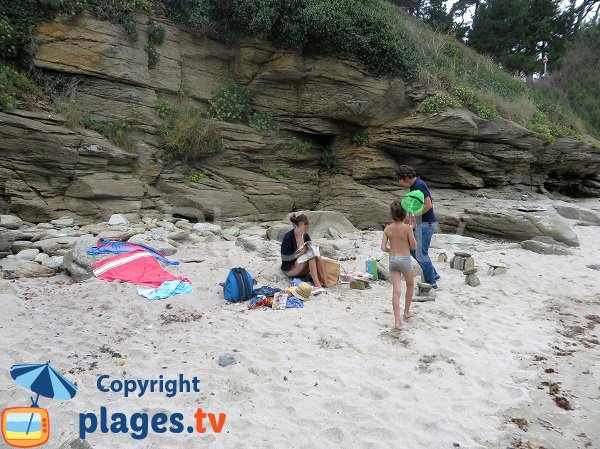 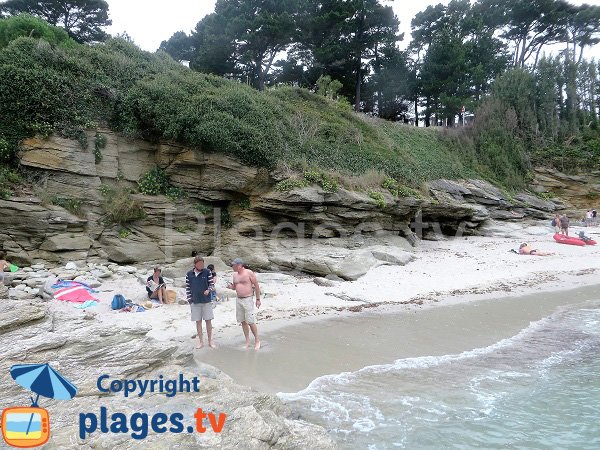 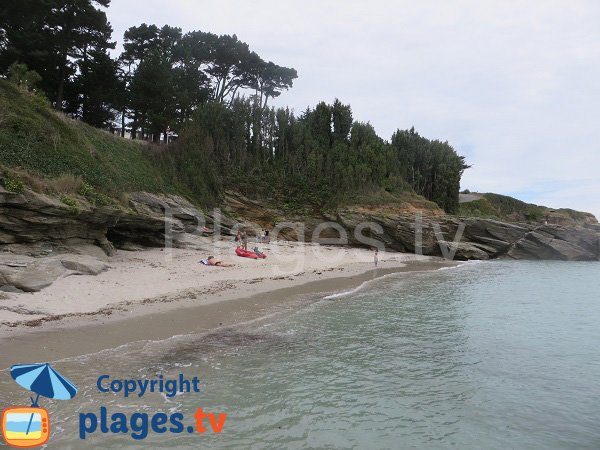 Your opinion on the Traezh ar Vag Ru Beach