Information on the Grands Sables Beach in Groix (France)

Description and location of the Grands Sables Beach in Groix (56590) 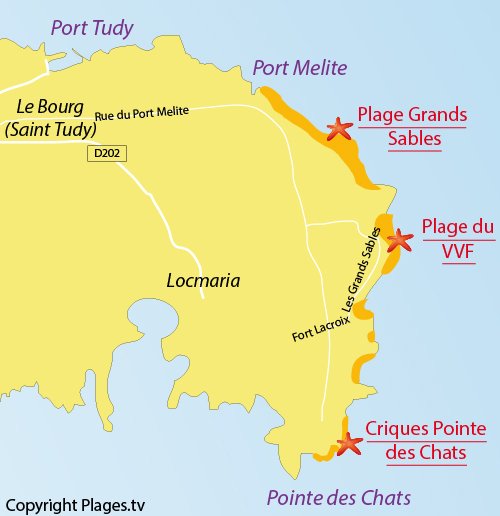 Our opinion on the Grands Sables Beach

The beach of Grands Sables of the island of Groix is the main beach of the island. It offers several exceptional features. On the one hand, it is convex (hump-shaped rather than hollow, one of the few in Europe). This phenomenon is due to two contradictory marine currents which run along the island and drop the sands at their meeting point. Secondly, it moves very quickly because the two currents do not evolve to the same strength. So, before the 90's, this beach was located on the other side of the Croix point. Nothing stops it to rise again or to return to its place. Thirdly, this beach is made up of two sands of different colours: garnet and white.

Whatever the location, it keeps to the same characteristics: large volume of sand very pleasant to the contact and splendid view of the blue background. It is one of the only three supervised beaches of the island and it has a “Point Passion Plage” with mainly sailing activities, sanitary facilities etc. Rare things about local beaches. And then the grandeur of the beach shelters you from all exiguity. Beach that deserves its reputation.

Characteristics of the Grands Sables Beach

Photos of the Grands Sables Beach 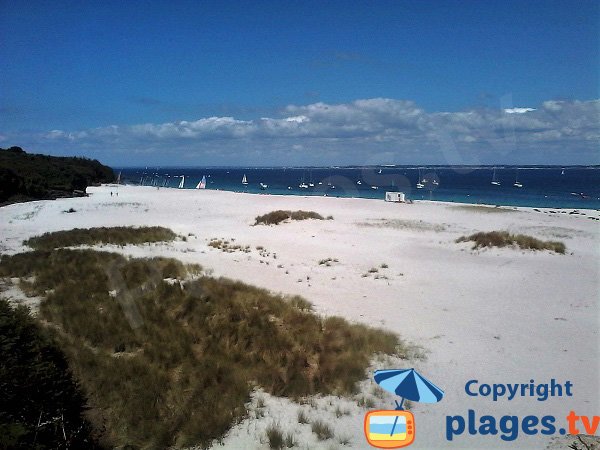 It is rare to see a beach barely thirty years old. This one is still growing and the dune begins to settle in places. 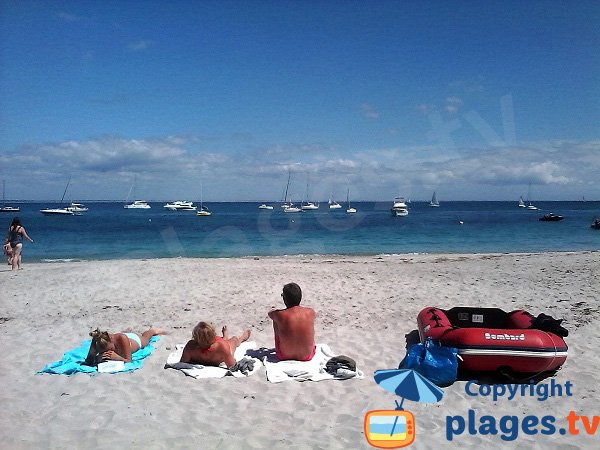 The rest of the beach evolves constantly with the currents in that intersection. Currents but less storms than on the south and west facades of the island, hence a fairly large number of boats at anchor. 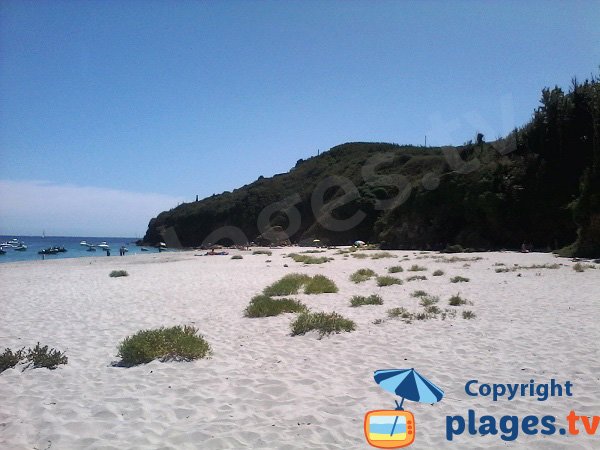 The cliffs offer a good barrier against the prevailing winds. 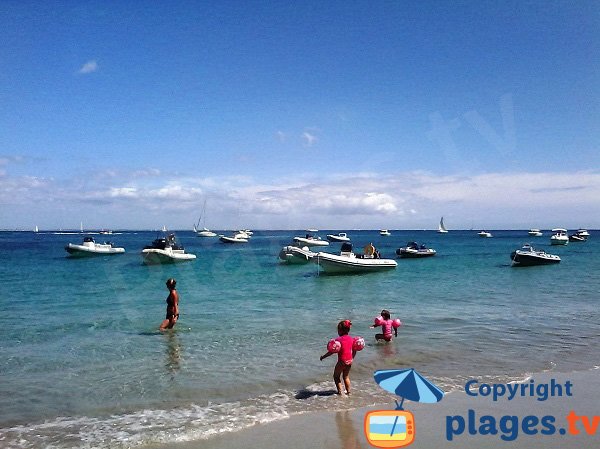 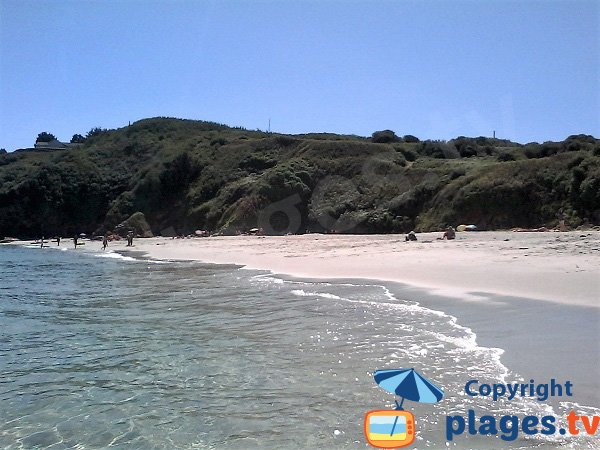 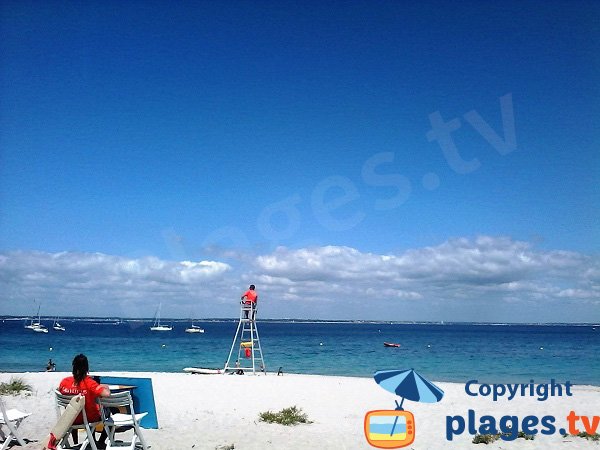 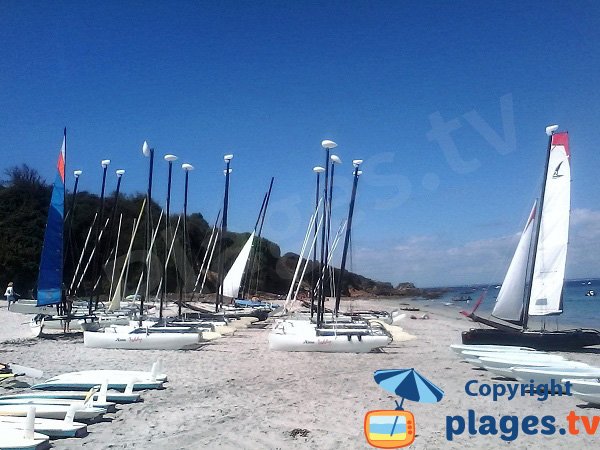 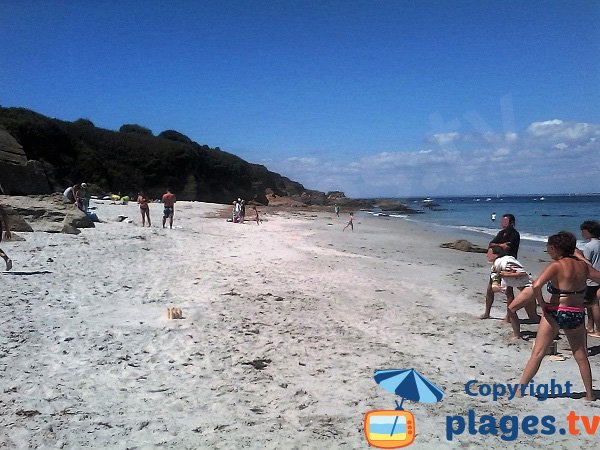 Beaches near the Grands Sables Beach:

Your opinion on the Grands Sables Beach 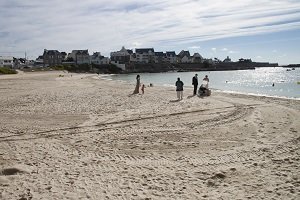 Ploemeur’s Pérello Beach is one of the most beautiful beaches of the resort. ... 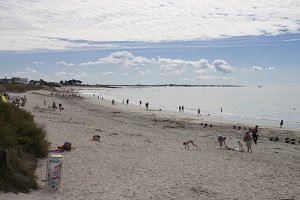 Kerguelen Beach is the most complete beach in Larmor-Plage. It is more than ... 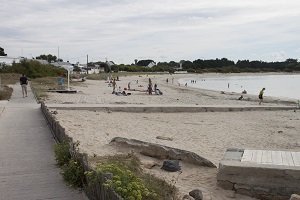 Stole Beach is located in the eastern part of Ploemeur near the village of ... 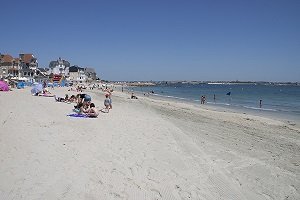 Port Maria Beach in Larmor-Plage is the most central and busiest beach. This ...