Information on the Grève Blanche Beach in Carantec (France)

Description and location of the Grève Blanche Beach in Carantec (29660) 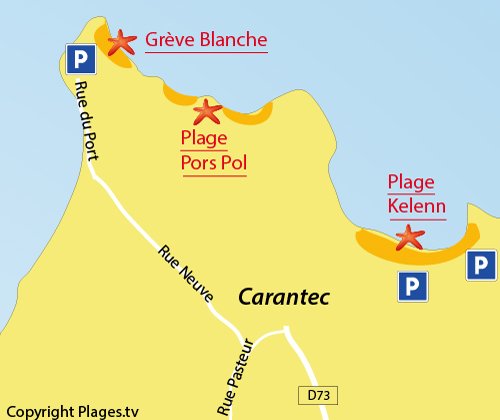 Our opinion on the Grève Blanche Beach

Attention, very tiny parking in season ! The beach of La Grève Blanche of Carantec is inserted between the narrow streets of the point in front of Callot island. In summer, it is better to park far away and come on foot. Facing north, this beach offers the advantage of beautiful views of the Taureau castle and Callot island. It is lined with a nice sand and is equipped with a diving board. Surrounded by style villas, it has the charm of early-century beaches. Except for the access by the street of the Grève Blanche, the pedestrians can also reach it by the coastal path or the passages between the villas of the street of Kermenguy. The inhabitants of Carantec particularly like it.

Characteristics of the Grève Blanche Beach

Photos of the Grève Blanche Beach 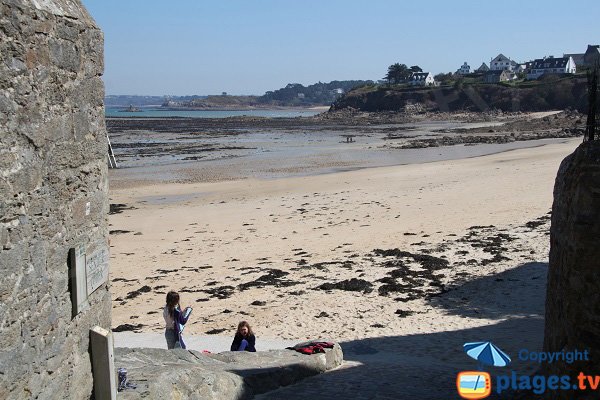 Ideal beach for those who do not come by car, it has several pedestrian access. Near the parking (entrance to the beach) is the toilet. 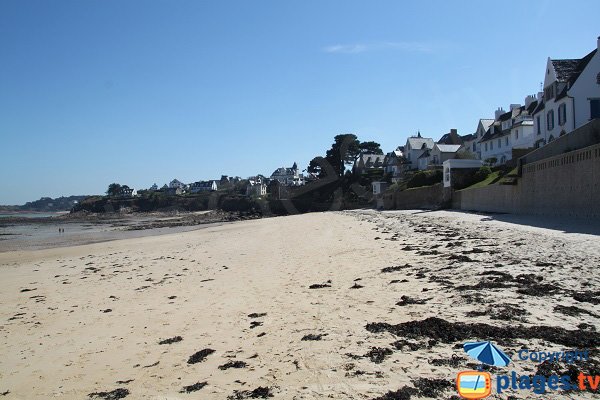 Long enough, she is one of those quiet beaches that aboriginal people and secondary residents appreciate. 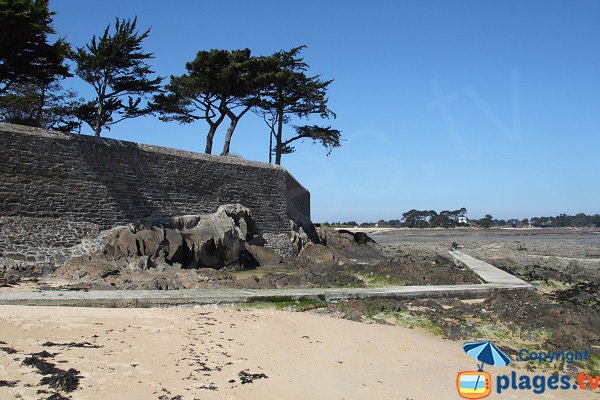 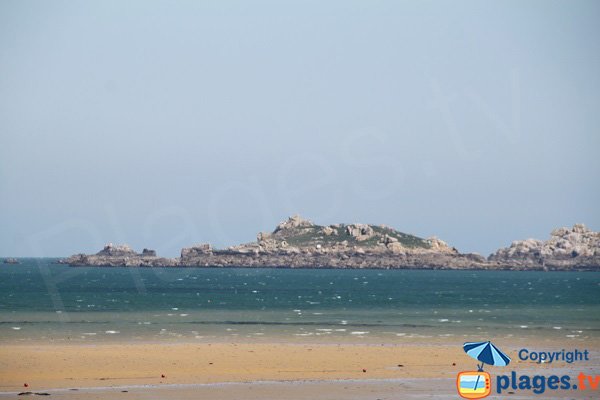 Another point of attachment on the horizon : Ricard island. Otherwise nothing. 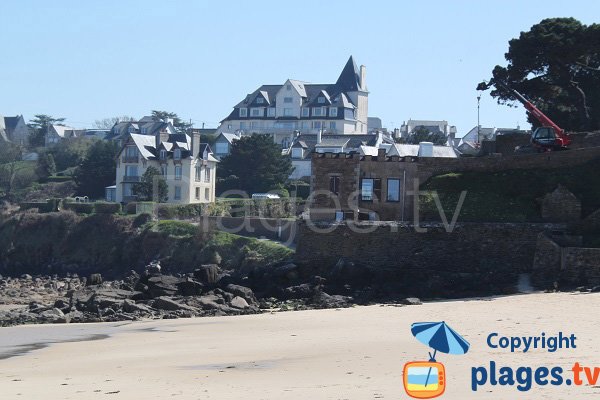 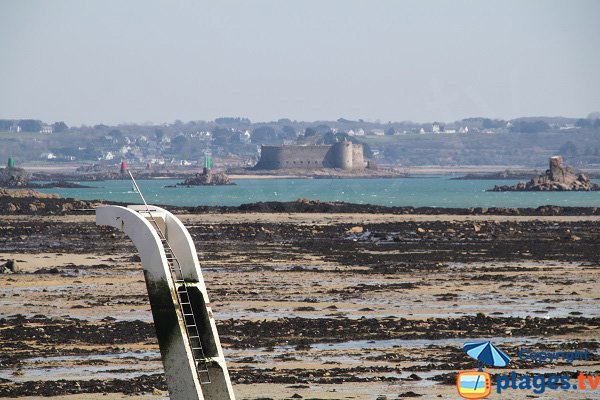 The tracks on the diving board indicate an important tidal range (water level between two tides). In the distance, the Taureau castle that can be visited from the beach of Kélenn, not far.

Interactive map of the beaches of Carantec 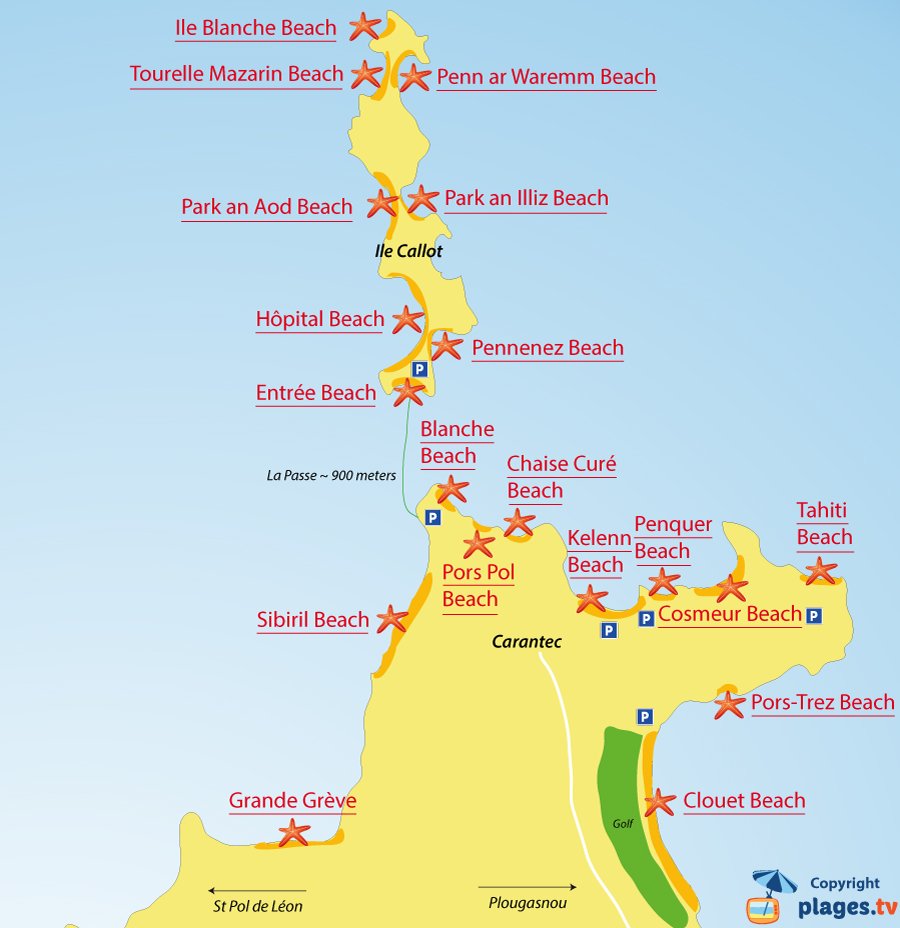 All beaches at Carantec

Beaches near the Grève Blanche Beach:

Your opinion on the Grève Blanche Beach 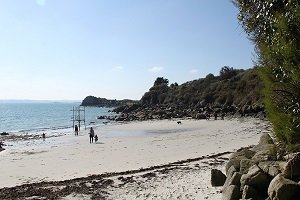 The beach of Traon Erc’h of Roscoff is a small beach or large cove relatively ... 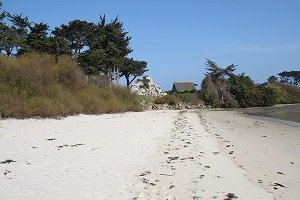 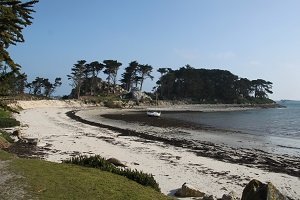 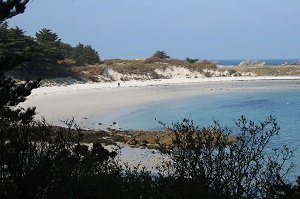