Information on the Grands Sables Beach in Locmaria (France)

Description and location of the Grands Sables Beach in Locmaria (56360) 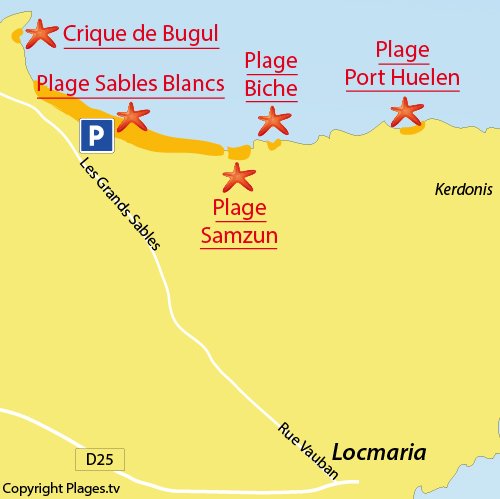 Our opinion on the Grands Sables Beach

Grands Sables Beach in Locmaria is the biggest beach in Belle Ile en Mer: 1,7 km long and even 2 km if one adds Samzun Beach, as an extension at low tide. This is one of the few beaches with no rocks, covered in clear sand, rather red at the entrance on the left (at the sailing school) because of the garnet powder. For swimmers, the monitored part is to the right, towards the aid station. Doors show, like everywhere around the island, that the beaches were possible invasion places since the rest is protected by cliffs, and therefore protected by walls which remains are still visible. The fort of La Ferriere monitoring the beach is another trace that the bastion that was the island has now become a place of relaxation. A place protected from the west winds. This is probably the beach that had the most favourable votes from families and the words that are mostly repeated in their comments are "fine" and "good life". This does not appear usurped.

NB: Two "Tiralo" armchairs are available from the lifeguards in July and August.

Characteristics of the Grands Sables Beach

Photos of the Grands Sables Beach 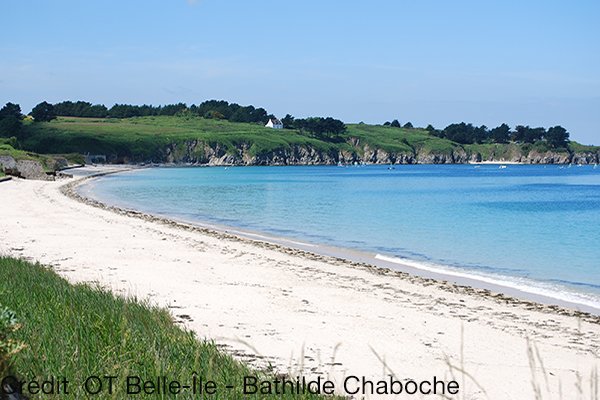 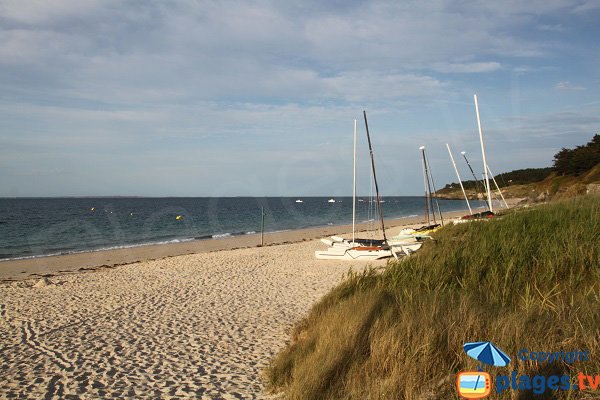 The sailing school is at the west entrance but there are a few private sailboats in the east. And pretty silky dunes. 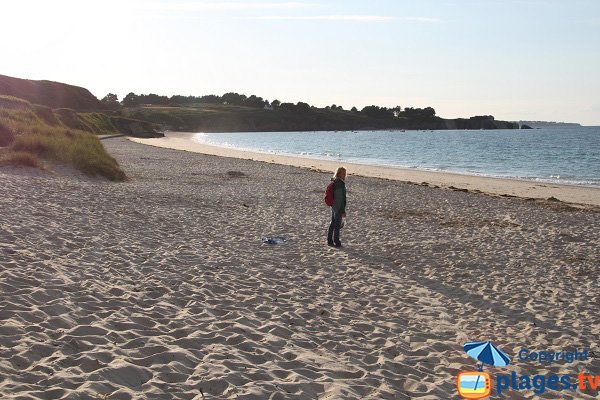 Empty from 8 pm, it's a crowded beach during the day. And popular. 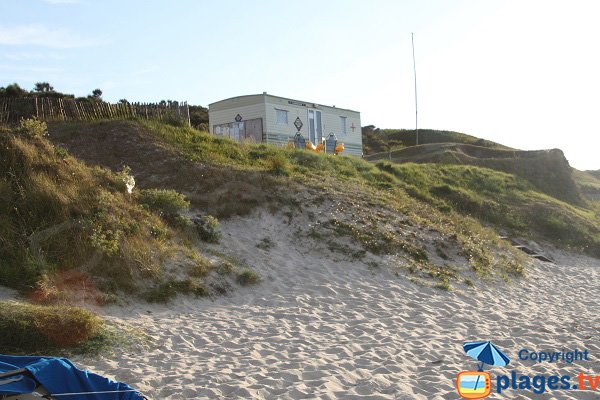 It is monitored in the east, near the entrance. The aid station is rudimentary but high up. Supervisors have a good view of the area. Tiralos are available for disabled people (unusual in Belle Ile). 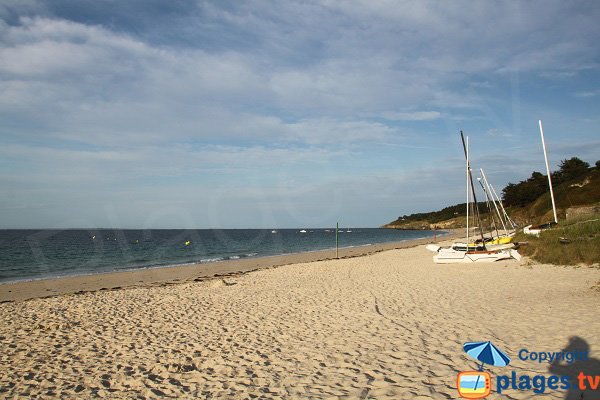 The sailing school is located at the west entrance. 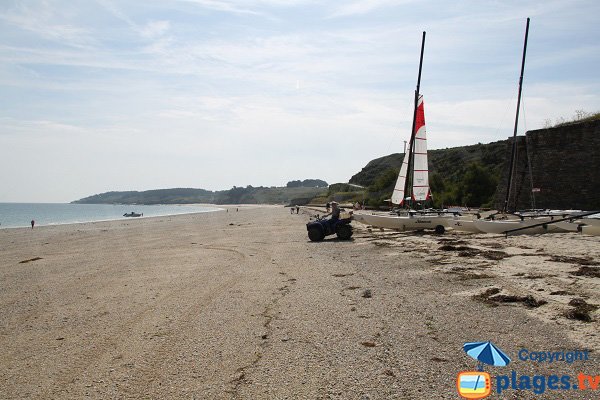 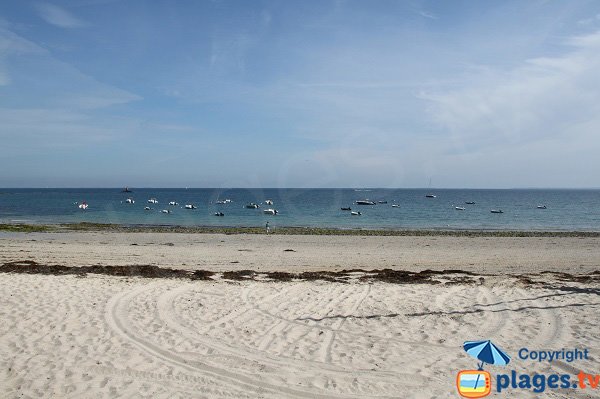 It is also a popular mooring place; the beach is protected from the west winds. 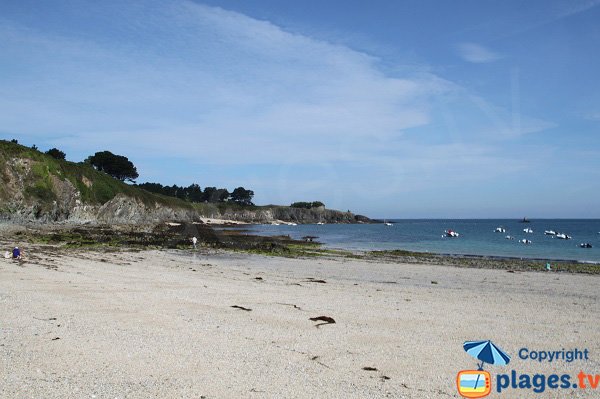 To the west, one can see the point and the creek of Bugul, a whole new style of beach. 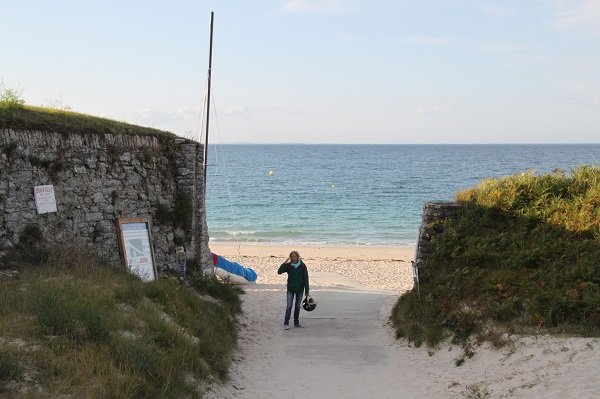 At the east entrance (right) one can still see the former fortifications that protected the island from invasion (especially English and Dutch).

Beaches near the Grands Sables Beach:

Your opinion on the Grands Sables Beach 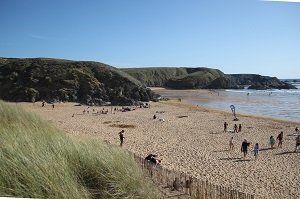 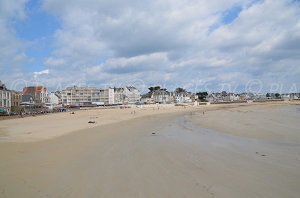 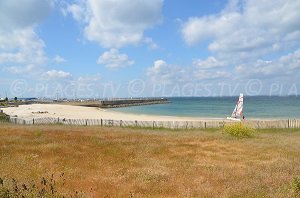 Porigo Beach is in a small cove between Vieux-port in Quiberon (Port Haliguen ...