Information on the Poulains Beach in Sauzon (France)

Description and location of the Poulains Beach in Sauzon (56360) 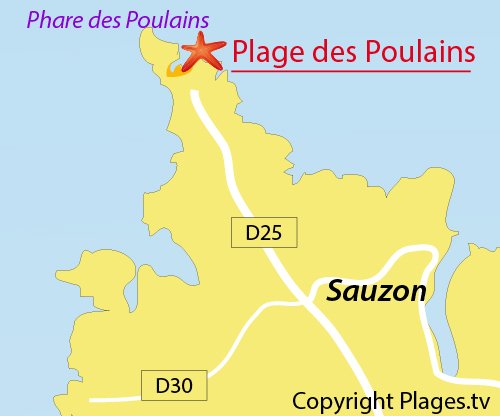 Our opinion on the Poulains Beach

Poulains Beach or rather beaches are located near the northern tip of Belle Ile en Mer, because the ebb releases numerous coves. This is the northwestern tip of the island, on a cord half covered in sand and half covered in pebbles, called "Tombolo". The sand beach is open on all sides and the landscape is magnificent: the lighthouse of Poulains, the second empire fort where Sarah Bernhardt lived, the "Peulvenn" (in Breton, "white stone" accidentally francized into "Poulains") out of the water, the chair of Sarah Bernhardt and the coves with turquoise water ... make it very attractive beach. It is too much so, because buses full of tourists arrive on certain days. However, the many neighbouring coves are peaceful.

To get there, nothing is simpler. Just follow route des Poulains to the end.

Characteristics of the Poulains Beach

Photos of the Poulains Beach 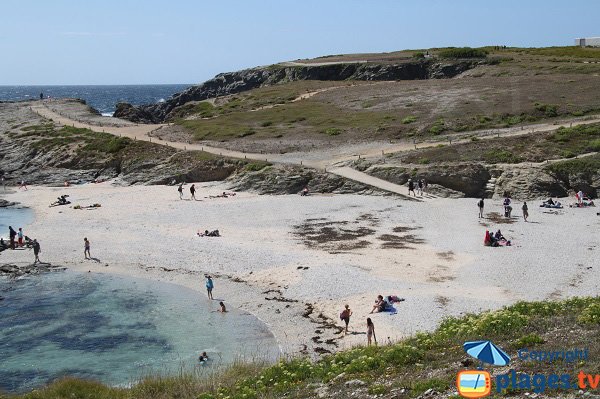 This beach has the distinction of being open on many (sea) fronts: south, west, east and widening at low tide. At sea, however there is little room. 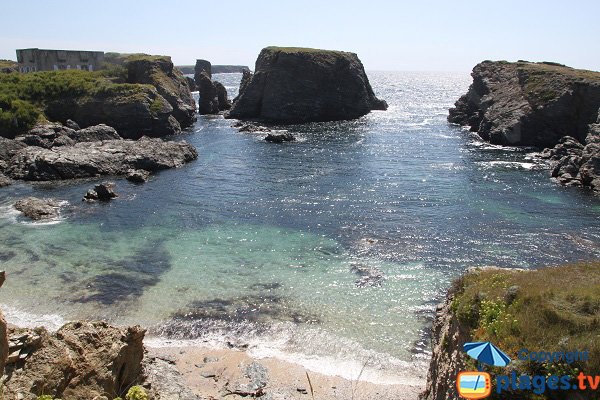 On the left, the fort bought back by Sarah Bernhardt brought Belle Island to light with Tout-Paris (it's a museum). 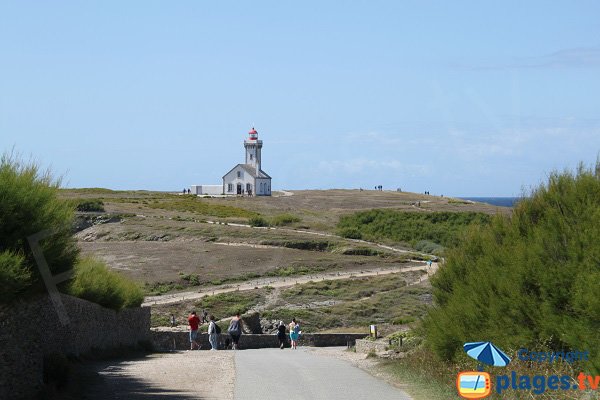 This is the lighthouse of Poulains. 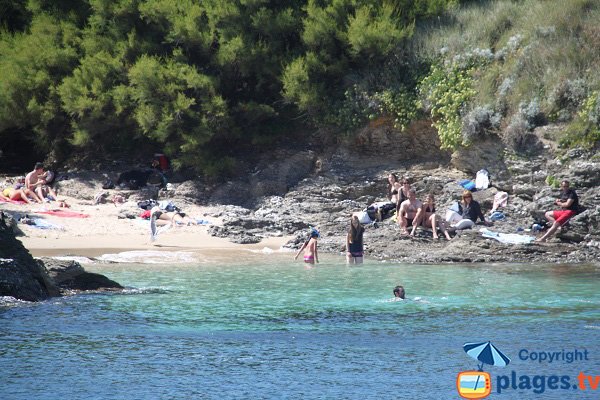 The neighbouring coves are popular. 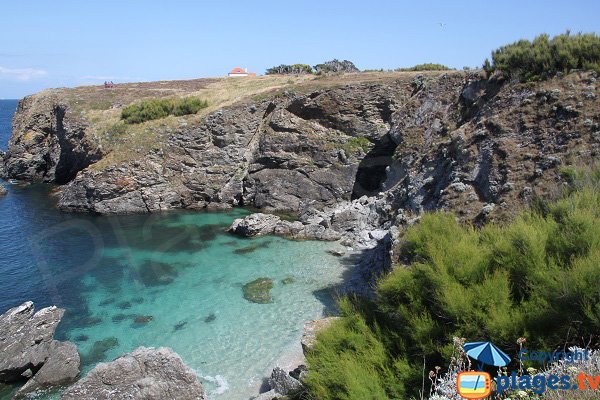 Some takes a little more time to emerge. 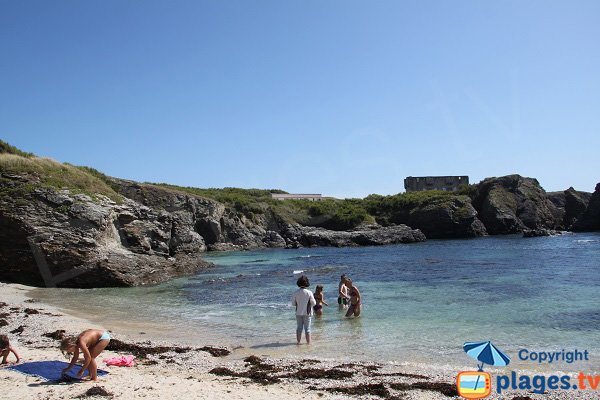 Sentinel rocks protect the beach a little from the tumult of the waves. 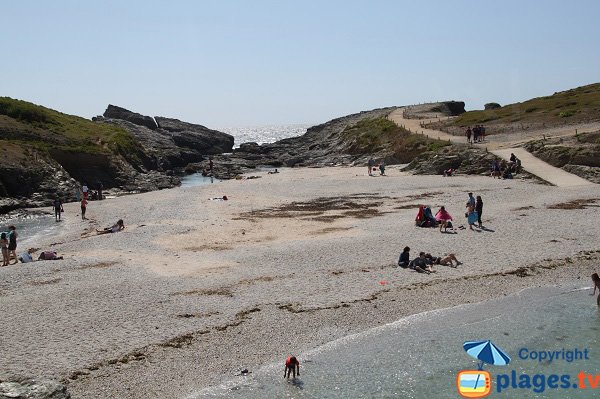 One can even be protected from westerly winds in some places. 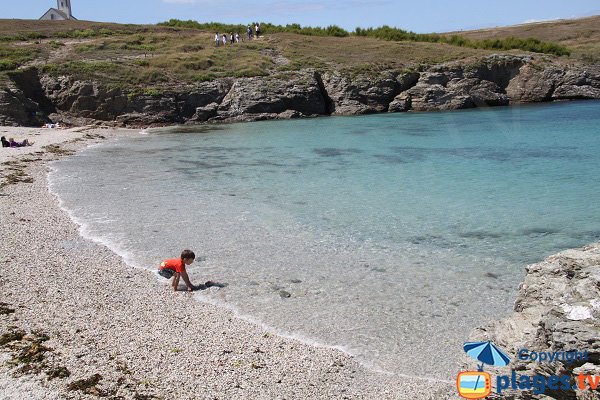 Even if the cord is a crossing place, one is not harried. 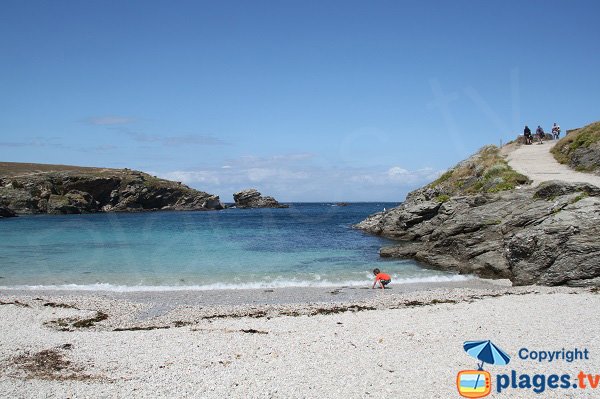 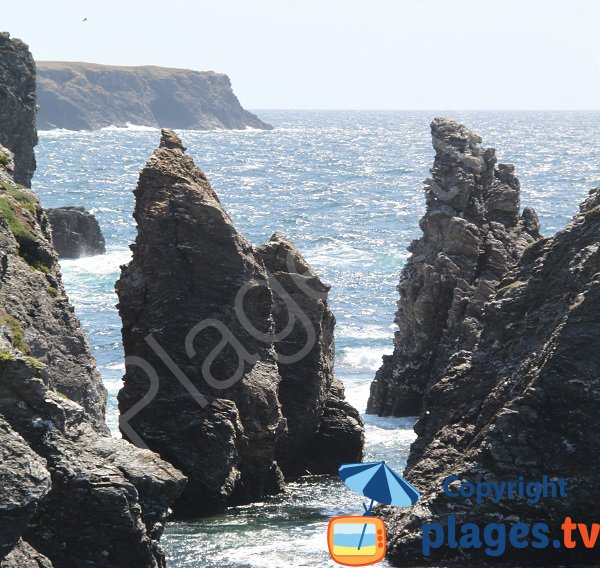 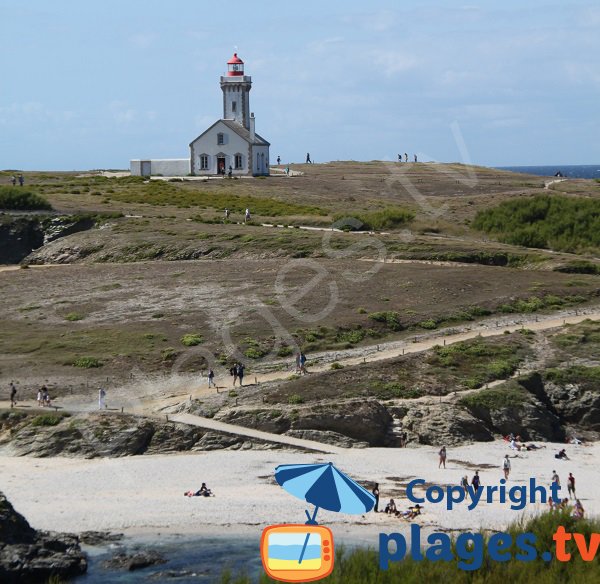 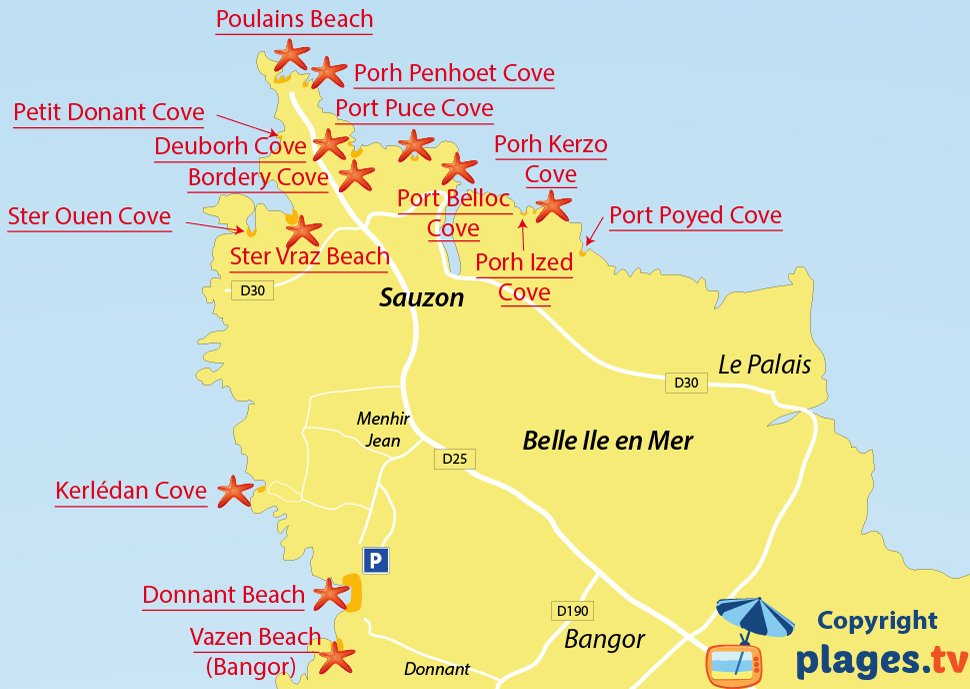 Beaches near the Poulains Beach :

Your opinion on the Poulains Beach 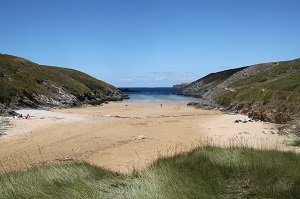 Nearby as the crow flies from big Donnant Beach, Vazen Beach is far away by ... 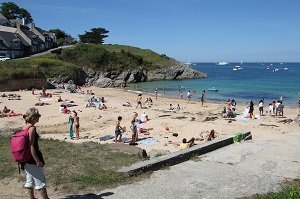 Ramonet Cove, the closest to Le Palais, is truly "the beach to be” and the ... 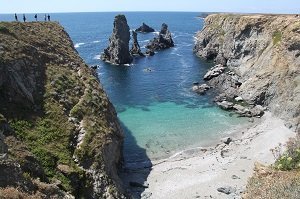 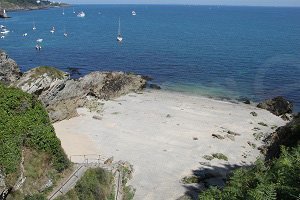 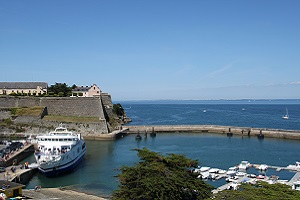