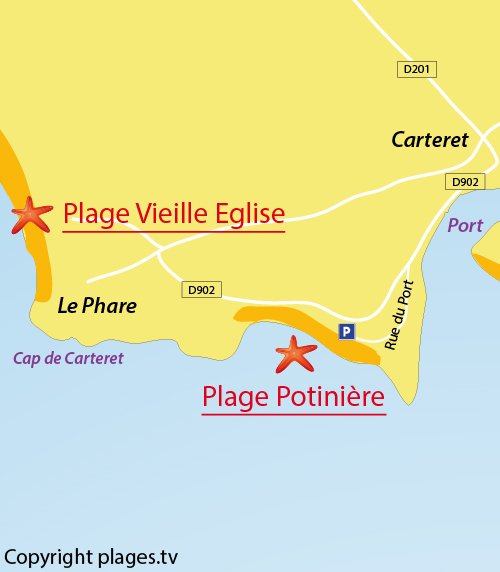 Our opinion on the Potiniere Beach

The beach of Potinière (or beach of Carteret) is the historical beach of Barneville-Carteret. Cashed between the dam of the harbour and the cape of Carteret, this large sand cove is protected well from winds and benefits from the heat of the Gulf Stream. The cabins of baths put down on the league along the cliff remind us that this beach was visited at the time of the fashion of sea bathings (Belle Epoque).

The beach is cut up in two zones. On the side of the cliffs of the Cape Carteret, a dam is found where are put down cabins. The beach is covered in high tide. On the left, the beach ends at the level of the dam of the harbour. The sand is there finer, some dunes are found there and there remains a sand band in high tide.

The beach is watched in summer season. It is accessible to the persons with reduced mobility (provision of tyralos) and equipped with bathrooms. A small kiosk is found where you can eat. Free parking nearby direct of the beach.

Out of season, one there practice of the surfing and of the windsurf.

To return you on this beach since the centre of Barneville it is necessary to follow the indications of the maritime railway station and of the beach (the harbour) is by-passed.

Characteristics of the Potiniere Beach

Photos of the Potiniere Beach 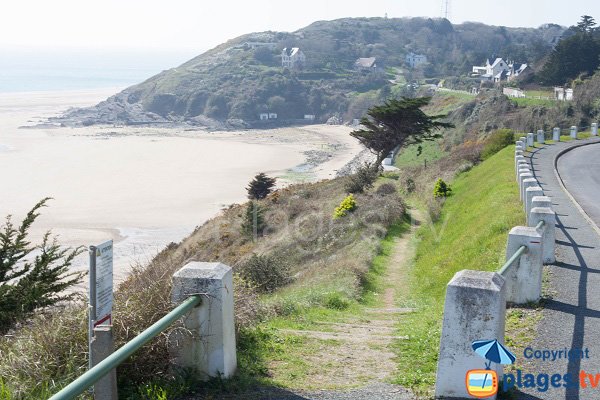 It is since the departmental that there is the nicest view on this cove of Barneville-Carteret. Along the cliff, it is possible to see the cabins of baths. 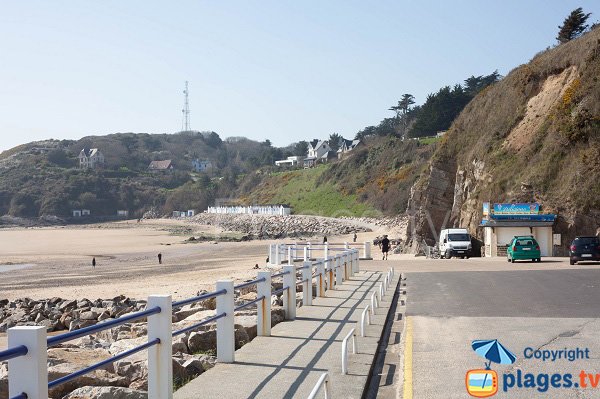 Access is simple. It is directly possible to arrive by car on the beach. At the entrance, a small snack bar (crepe, ice, drinks) is found. 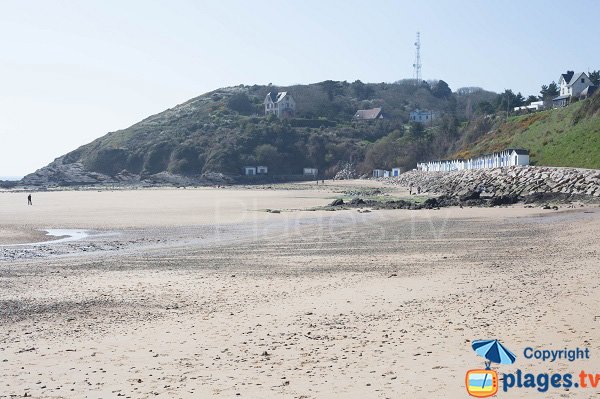 On the dam, they find the alignment of cabins of baths which manifest the past of this beach (very in vogue at the beginning of the 20th century during the development of sea bathings). Behind, there is the Cap de Carteret. 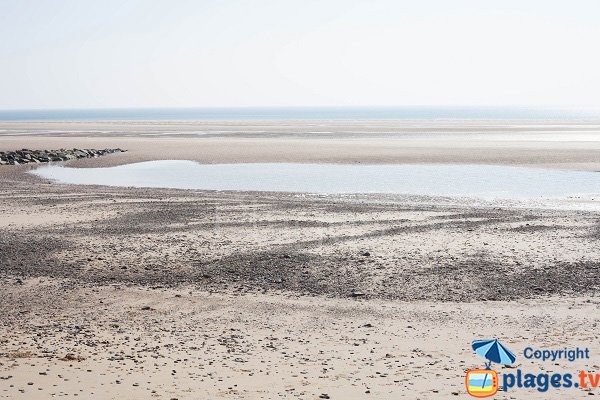 In low tide, the sea leaves far. Some pools allow the youngest to have a swim. 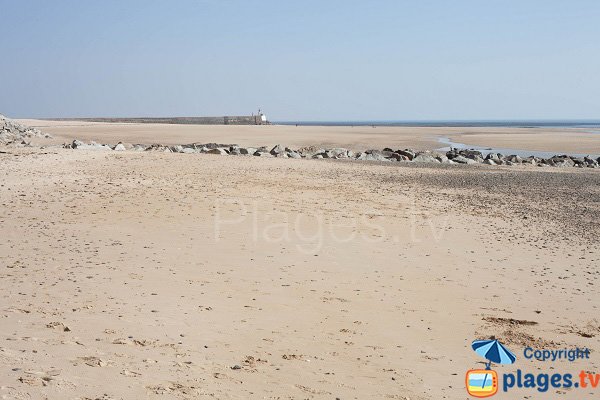 On the left, they have the dam of the harbour of Barneville (starting point for the Anglo-Norman iles, notably for Jersey). 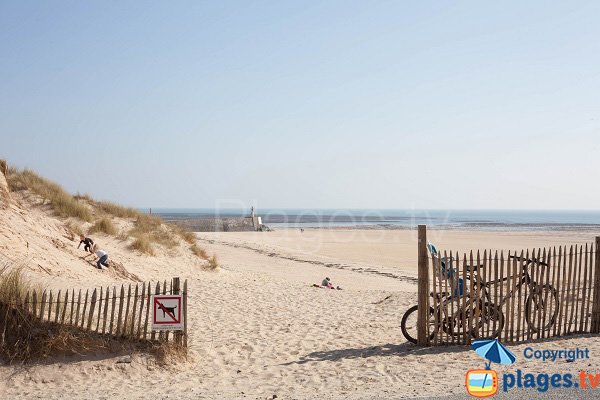 The zone next to the harbour is nicer to high tide. The sand is also finer and dunes entertain the children. To note that the dogs are forbidden in summer (July and August). 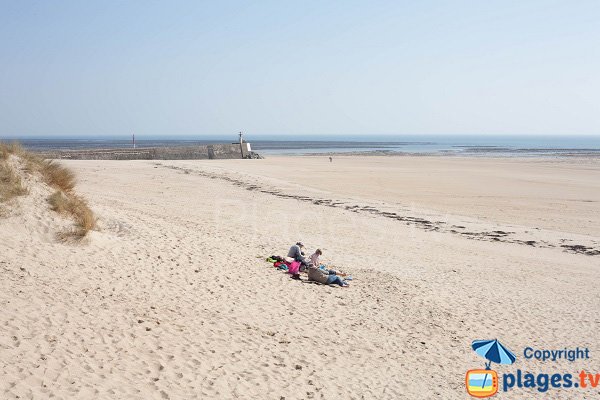 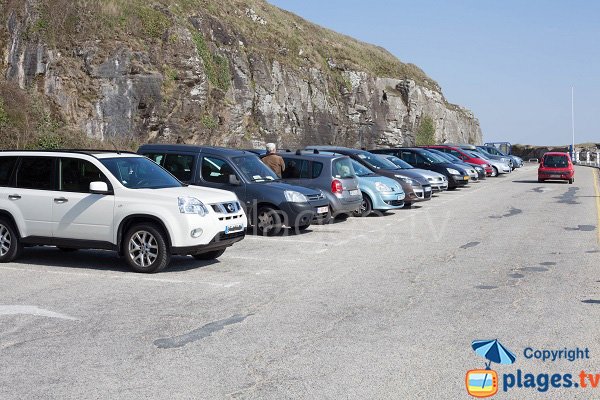 Places are found to park close to the beach.

Interactive map of the beaches of Barneville-Carteret 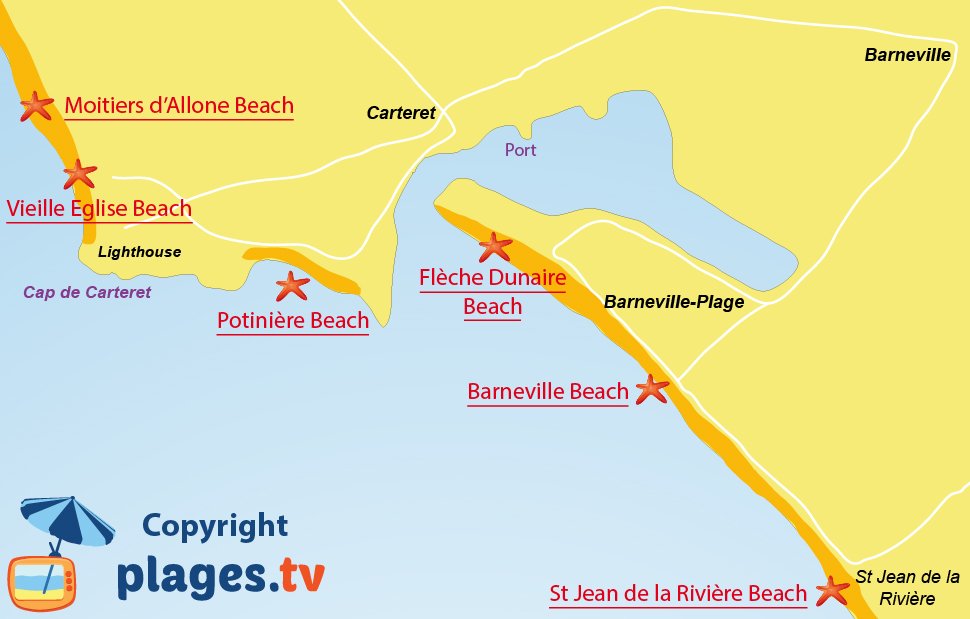 Beaches near the Potiniere Beach:

Your opinion on the Potiniere Beach 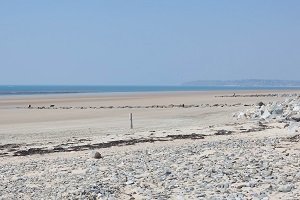 The beach of the Semaphore (Plage du Sémaphore) is the main beach of Portbail ... 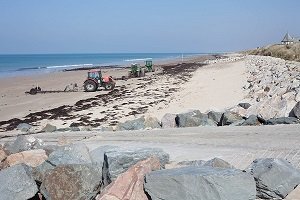 The central beach of Saint Germain sur Ay is located in the city center of ... 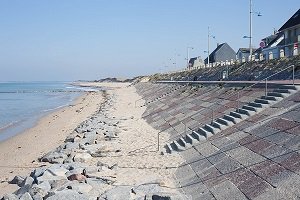 In the centre of Pirou, there is a lifeguard station in the summer season ... 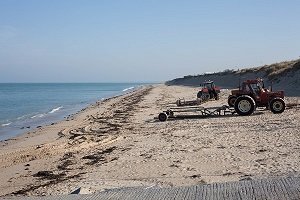 Facing the street of La Mer, you will find the main beach of Gouville sur ...