Port en Bessin is the first fishing port of Calvados. Upon arrival in the town, the appearance of fishing boat is striking and gives a special charm to the city. The colors, the imposing size of the boats, the atmosphere, all these aspects bring a lot of charm to Port en Bessin. 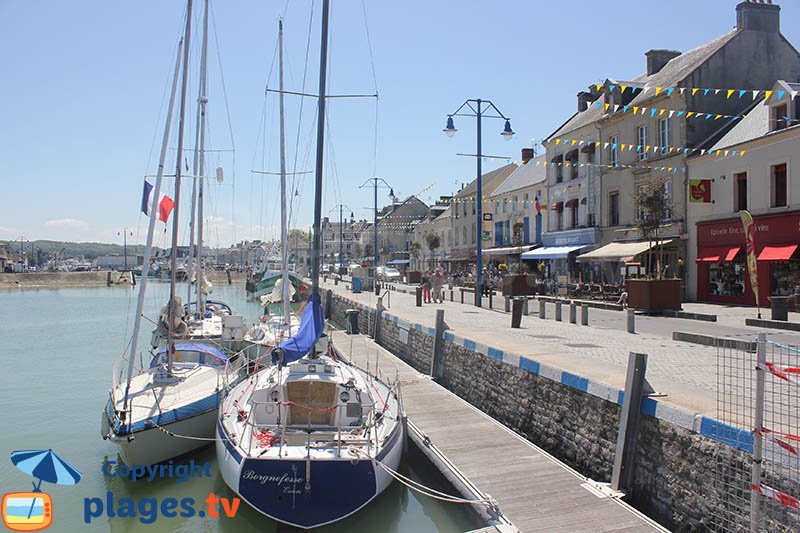 Almost the entire population lives from fish. Artisanal fishing is the first economic activity of the city.This natural harbor, nestled between two high cliffs eroded, covered with a green velvet, and recognized for the fishing of more rare products such as the scallop (a Shell party takes place every year in November). 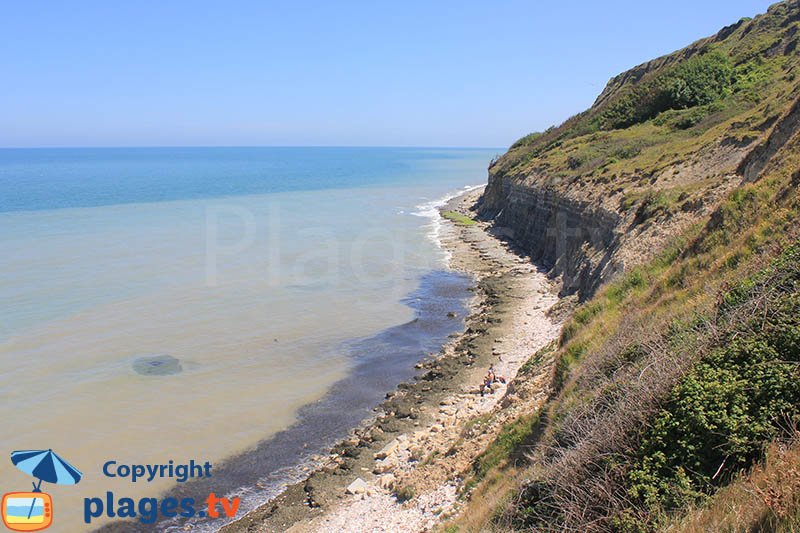 The cliffs of Port en Bessin next to the port

The port city is also known for its links with the cinematographic art. The cliffs and the harbor are a strong attraction for filmmakers. Here are some shot here : « The longest day » (1962), the Maigret series , "The death of the Chinese" (1998) ... 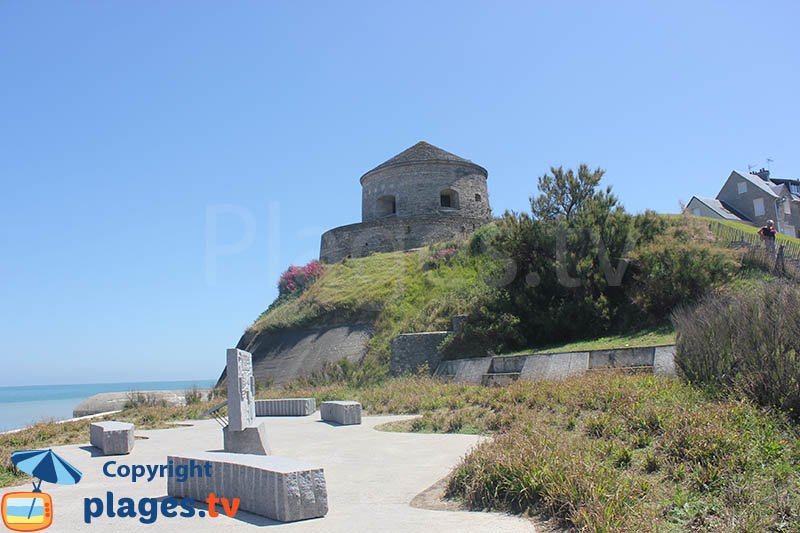 To the east, stands the 17th century Vauban Tower. Vauban had instructed one of his collaborators to establish a coastal defense project because of a bad Anglo-French compromise. In 1694, is built this casemate tower, equipped of three cannons, on the cliff of Castel. It is classified as a Historic Monument since 1948. 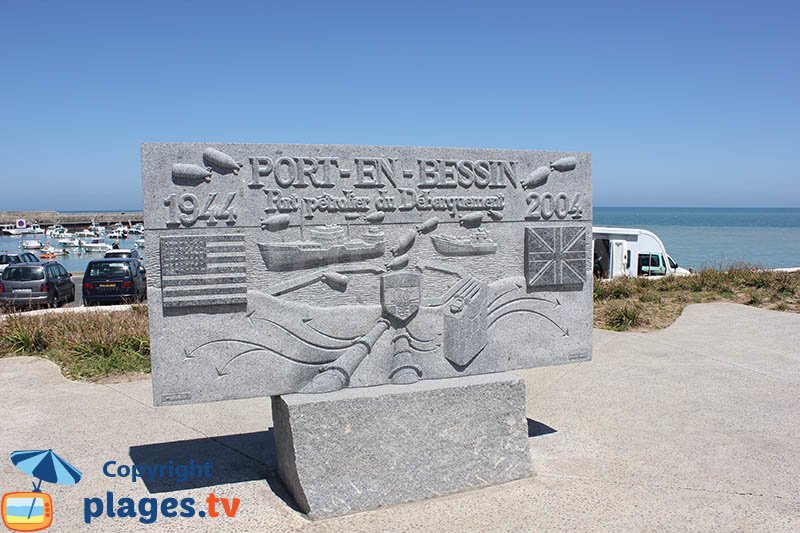 Continuing on its way, a walk on a footpath is accessible to walk along the coast and access Longues sur Mer. A real bowl of iodized air ideal for a picnic buried in the tall grass and rocked by the sound of waves and seagulls. Offshore, we can see the artificial harbor of Arromanches. 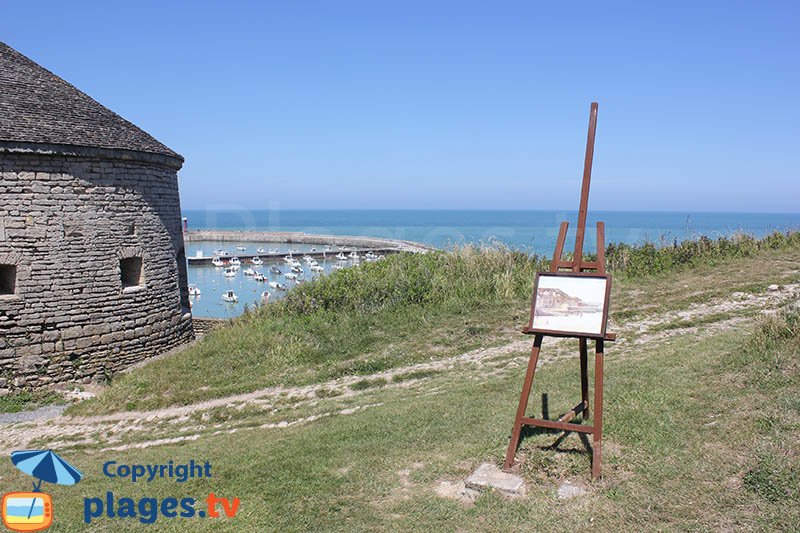 At the foot of the Tower is installed an artist’s painting. The atmosphere of Port en Bessin has indeed inspired many authors and painters, as Signac or Seurat, both at the intitiative of a neo-impressionist movement.

Port en Bessin has a small crick of pebble near its port. Once, at low tide, itw as a busy beach point ; today, it is mostly a place to walk, which does not prevent the bravest to dive jumping off the piers when the tide is high. Colleville sur Mer is the sand beach the nearest of Port en Bessin, the one that we advice to guests staying in the port. The space is huge, very beautiful, wild, far from crowded beaches. 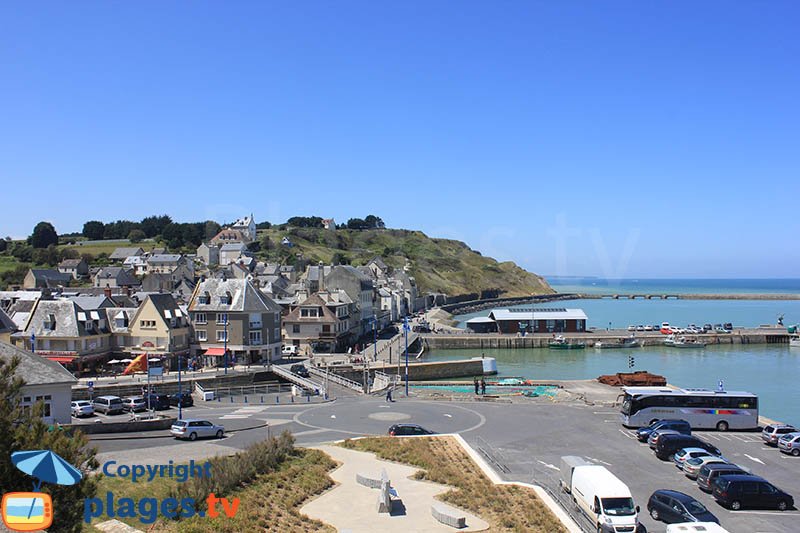 View on the village and the port of Port en Bessin

An atmosphere of authenticity emanates from Port en Bessin, particularly related to maritime rhythm. Since 1908, the world of fishing has been holding an appointment called « Blessing of the Sea » which is becoming increasingly important. It is a manifestation having a place every 5 years and constituting a highlight of the life of the city, both solemn and festive. A religious ceremony is organized to revive the memory of missing sailors. Diverse and varied animations punctuate this day. 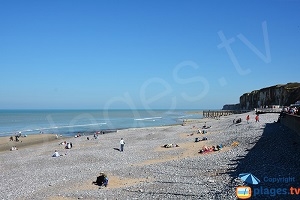 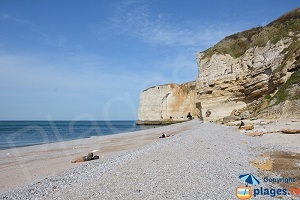 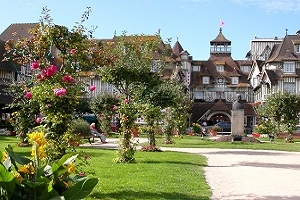 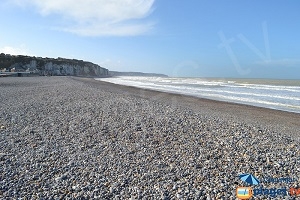