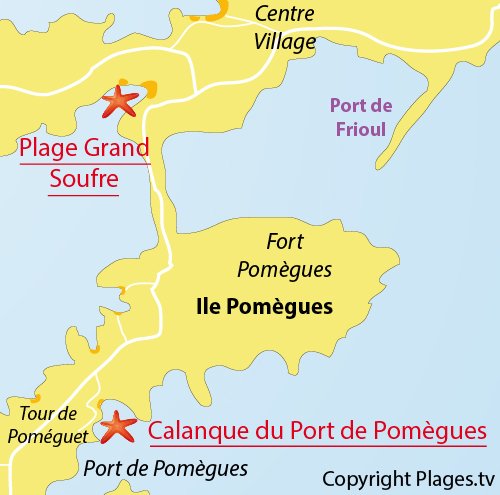 Our opinion on the Port Pomegues Calanque

There is a small sandy cove (very unusual in Frioul) in Pomègues Calanque (former quarantine harbour to protect Marseille from outbreaks till the 19th century). It is very narrow and one settles mainly on rocks around it. Access to the sea is via a small sandy beach with a beautiful view stretching from the Bay of Marseille to Monkey Bay. There is a second small pebble beach on the right towards the Port of Pomègues but swimming is not possible due to a water line (at the entrance of the port).

Note that there is an aqua farm at the end of the cove, which produces since 1989 handmade creek sea bass and sea bream (organic fish).

To get to this cove from the port of Frioul, go to Pomègues Island. Just before the tower of Poméguet, turn left towards the harbour. The first cove is on the left about twenty meters away.

Characteristics of the Port Pomegues Calanque

Photos of the Port Pomegues Calanque 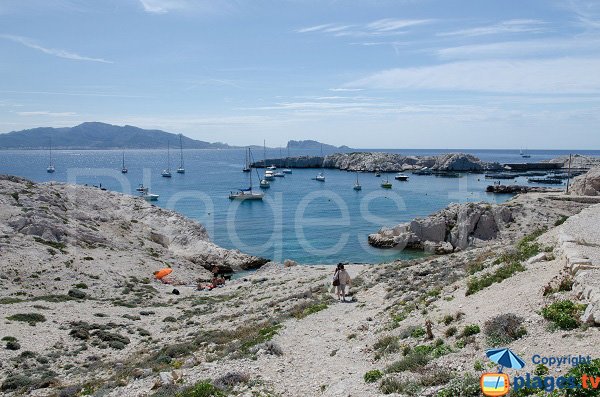 This small cove is located just before the port of Pomègues. On the right, one begins to see the farm and further away Baie des Singes (Monkey Bay) and Maïre Island. This cove is also an anchorage area. 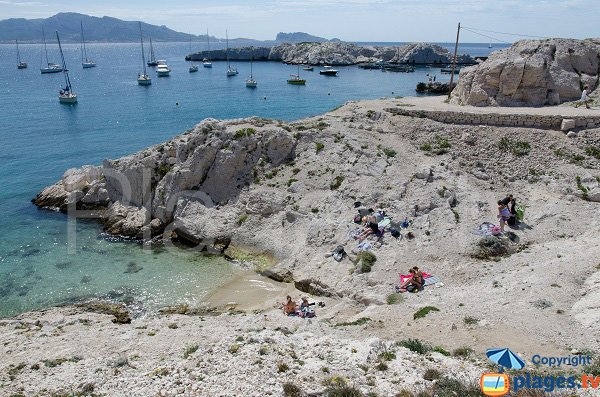 This is one of the few sandy coves in Ile de Frioul. It is small but very nice. 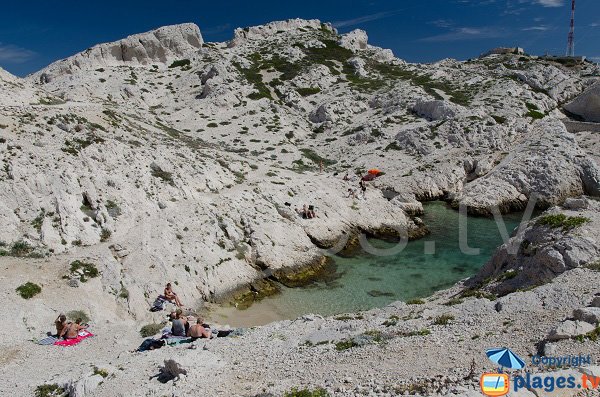 This photo was taken mid-August. Attendance is reasonable. Many people lie on the rocks around the beach. 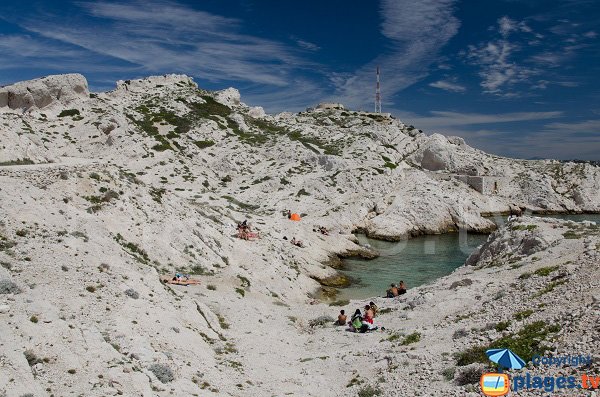 On the side, the view of the fort of Pomègues is beautiful. 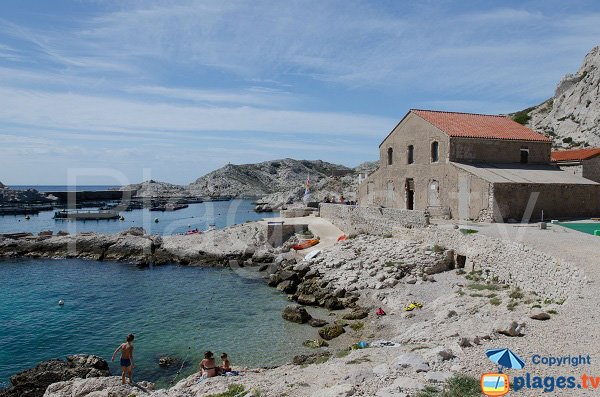 There is a small pebble beach at the farm just before the house (at first glance used by a day care centre). However, a water line limits the swimming area (1 meter). Only to cool off. 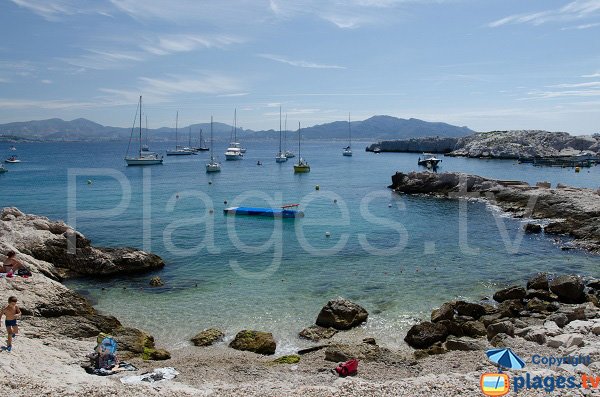 Interactive map of the beaches of Ile de Frioul 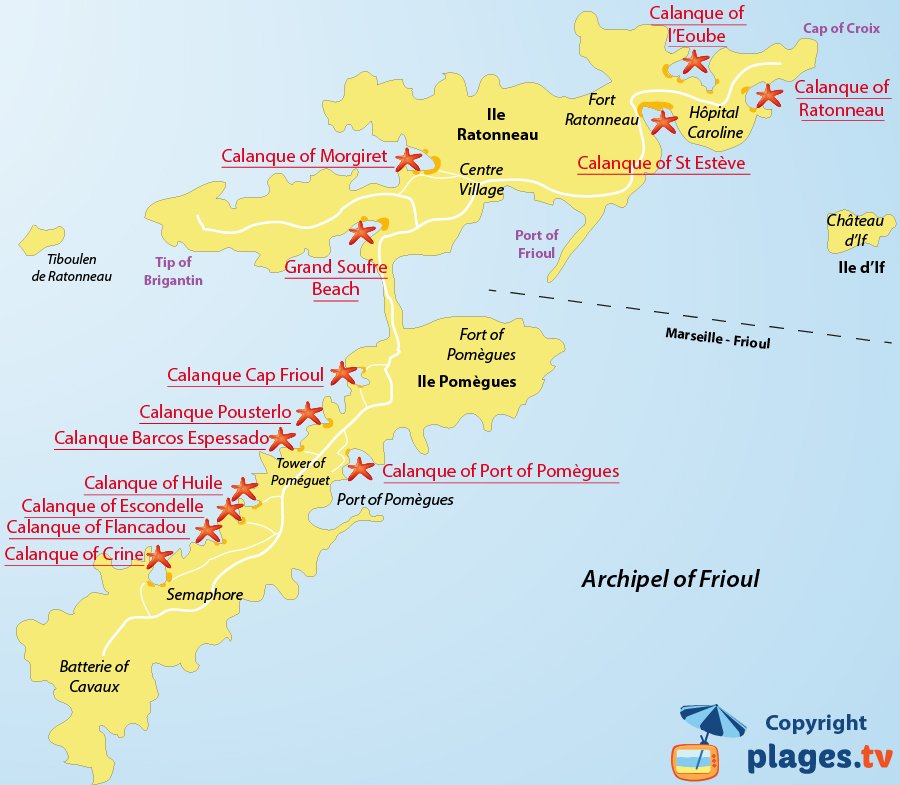 All beaches at Ile de Frioul

Beaches near the Port Pomegues Calanque:

Your opinion on the Port Pomegues Calanque 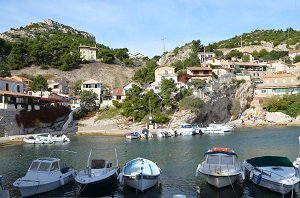 The small port of Niolon is located in the town of Le Rove. Enclosed between ... 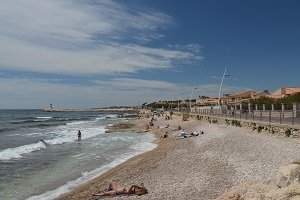 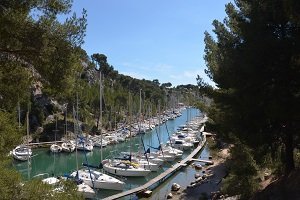 The calanque of Port-Miou of Cassis is the only one in the seaside resort. ... 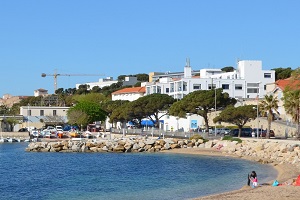 Rare on the French coast, La Ciotat has thought about animals! Since 2012, ... 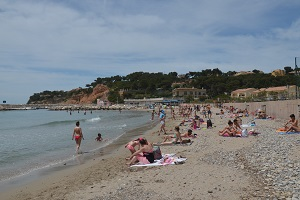