Information on the Curés Cove in Bangor (France)

Description and location of the Curés Cove in Bangor (56360) 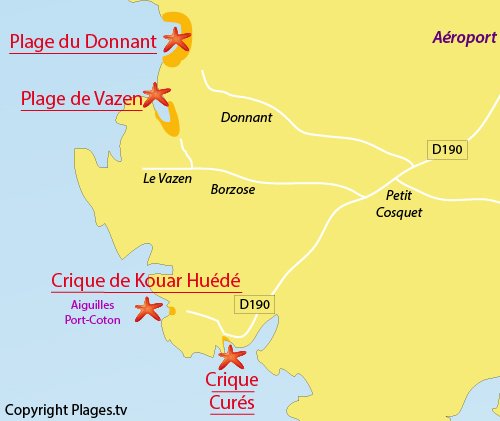 Our opinion on the Curés Cove

Curés Cove in Bangor should not be confused with Curés Cove in Sauzon, on the coast "from within", as they call the north coast of the island, as opposed to the south coast called "the wild side". And it deserves its name, with its wild beauty, hardly tamed by man. This cove has heavenly aspects and is well hidden from view, but the space is limited and most of the activities take place on or under water. It is advisable to come early and not when the tide is too high. It can be accessed by swimming or by boat to another small more secret cove, on the right. Southeast, it is in the shade in the evening.

Take the road of the Needles of Port-Coton and 400 m before the car park; some spaces near the Grand Hotel du Phare are sometimes available.

Characteristics of the Curés Cove

Photos of the Curés Cove 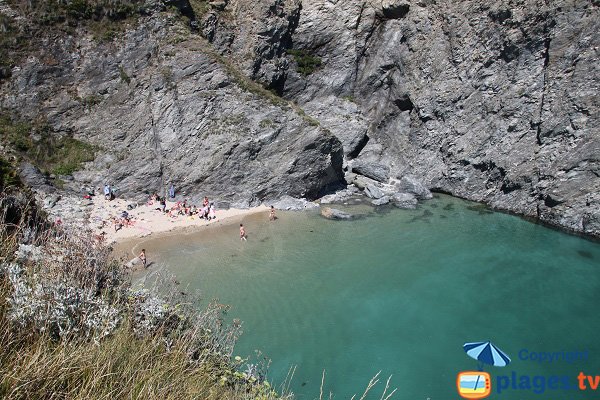 There are many "Curés Coves " in Brittany, and it seems that they are called so because priests, more modest than others, sought places where they would not be see swimming. 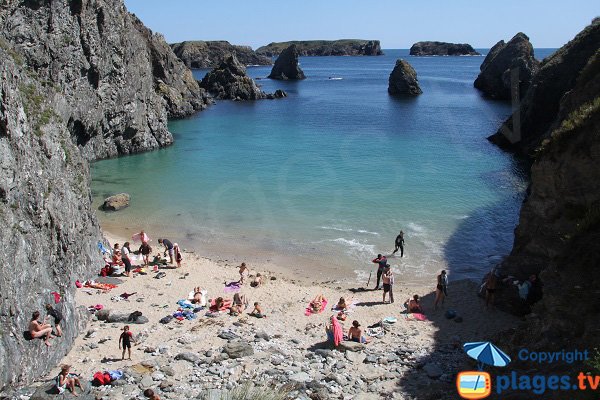 The dream setting seems created from scratch by the imagination of a talented painter. 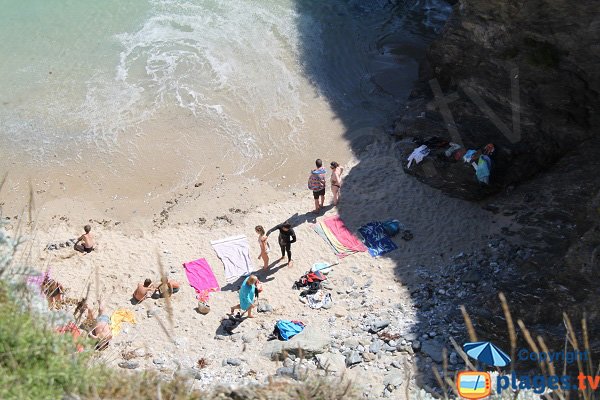 Shade wins over mid afternoon. Besides lazing around, occupations are mainly aquatic: flippers to swim; diving (sea bed is clear)... 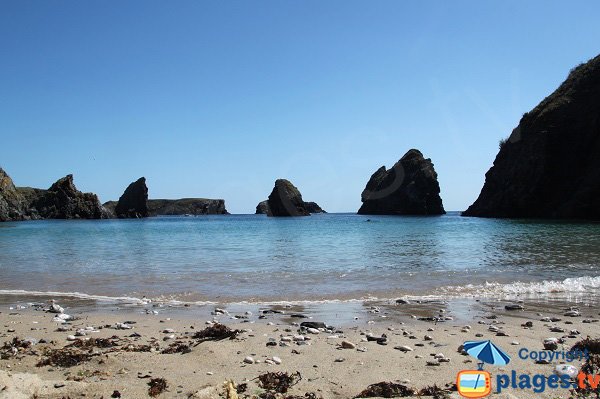 Or the infinite contemplation of the sea and its works of natural art. 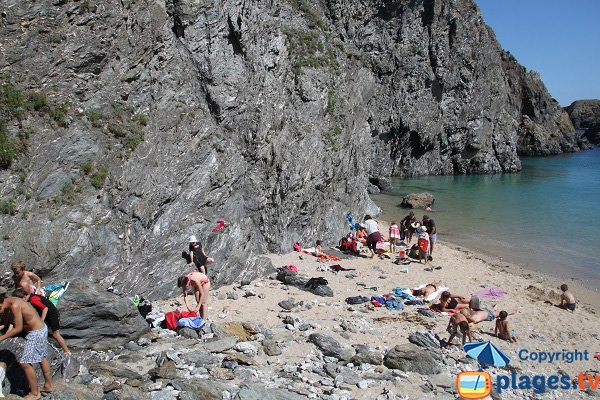 The space is divided between sand, pebbles and rocks, soft to the touch. 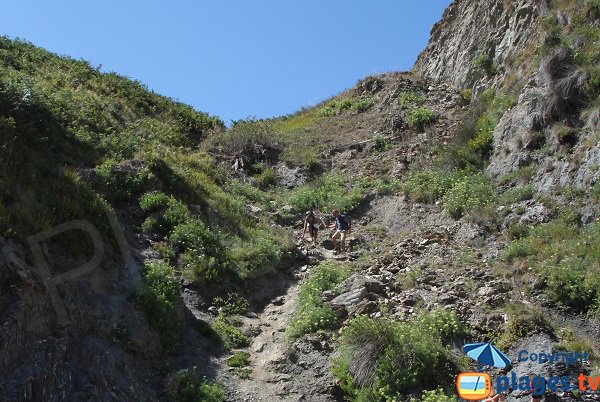 The trail is steep but not as much as on the nearby cove of Kouar-Huede. It reaches the coastal path.

Interactive map of the beaches of Bangor 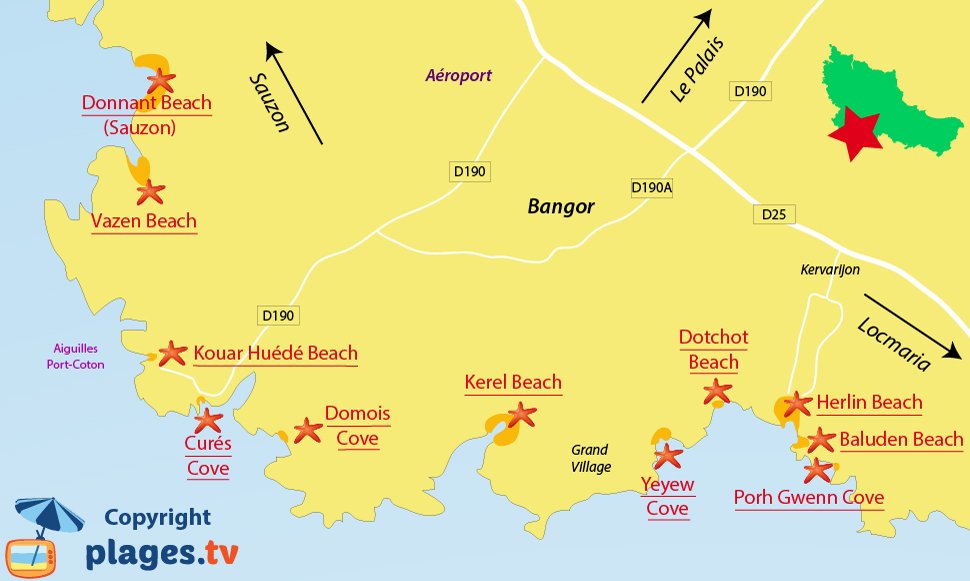 All beaches at Bangor

Beaches near the Curés Cove:

Your opinion on the Curés Cove 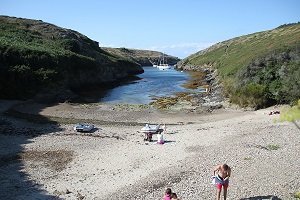 Ster-Ouen is one of the most famous places where boats can anchor on the ... 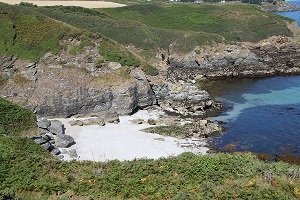 Lovers of solitude, of wild coves but not narrow ones, here you go! Certainly ... 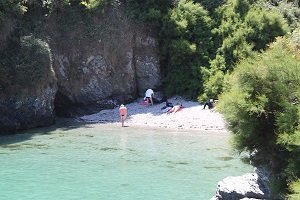 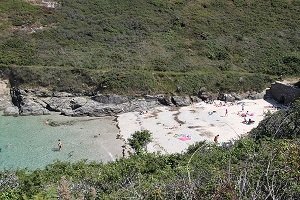 Although they are distinct, the coves of Bordery and Deuborh are 75 m apart ...