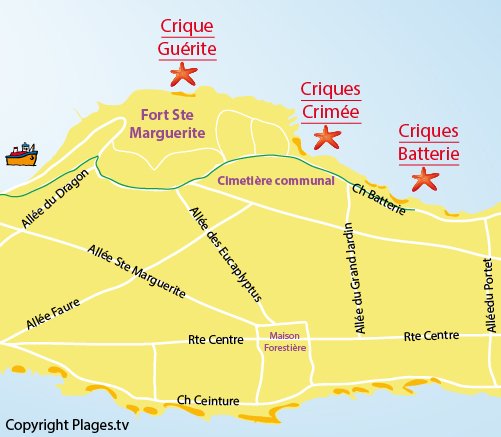 Our opinion on the Batterie Cove

Between the alleys of the Grand Jardin and the Portet, on the north coast of the island of Sainte-Marguerite, we find several small coves named criques de la Batterie facing the bay of Cannes and of Juan les Pins. Between flat rock formations, pebblestone beaches and Posidonia, the choice is extensive! The beaches are small but in general seldom visited (in general when one exits the boat one begins toward the south). These are not the prettiest of the island but they are attractive if one seeks the calm.

You'll need about 15 minutes to rejoin these coves from the unloading stage. You should take the direction of the fort (while going around it) and then take the chemin de la Batterie.

Characteristics of the Batterie Cove

Photos of the Batterie Cove 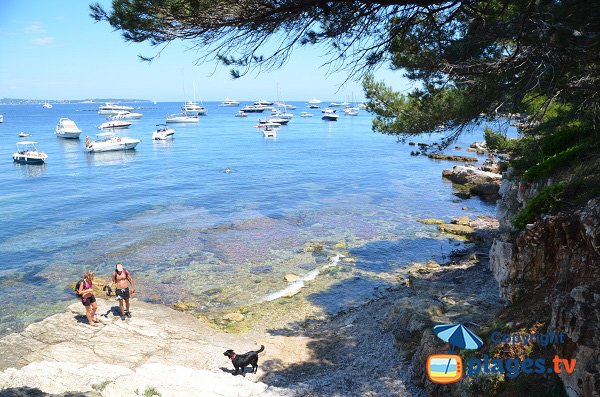 Near the allee du Grand Jardin (coming from the Fort de Ste. Marguerite) we find this first cove which is somewhat shaded with flat rock formations on the side. 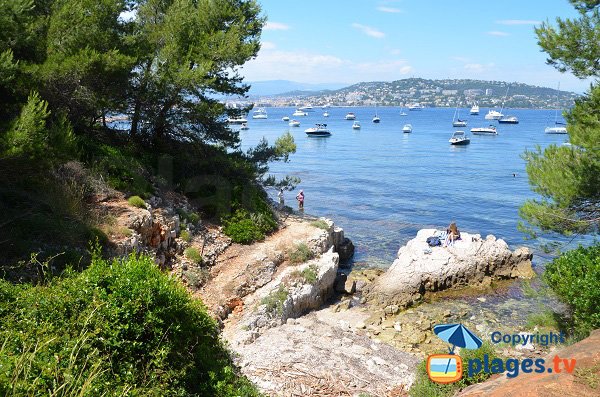 Continuing along (near the first alley and before the picnic table), we find a second cove with a view of Cannes and of Golfe-Juan. 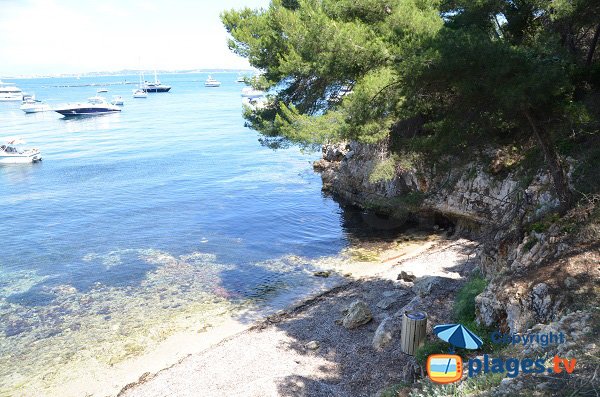 A few dozen meters farther, it is a larger pebblestone beach that we find. Access is by staircases. Beautiful view in the distance of the Cap d'Antibes (visible in this photo). 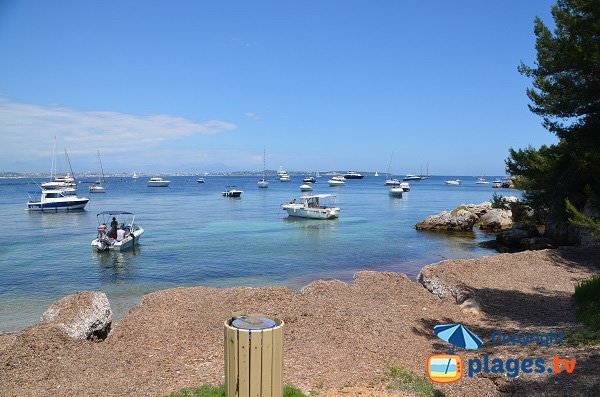 Near the allee du Portet, one last pleasant cove which is covered with Posidonia. 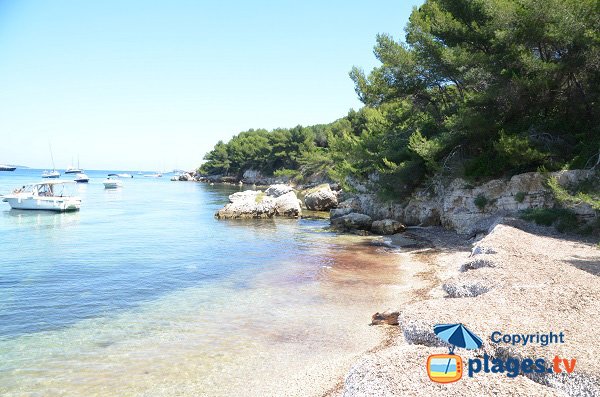 Pity to have so many Posidonia because access to the sea is very easy.

Beaches near the Batterie Cove:

Your opinion on the Batterie Cove 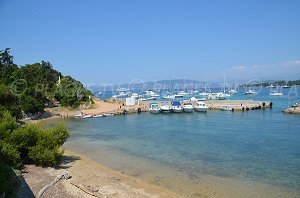 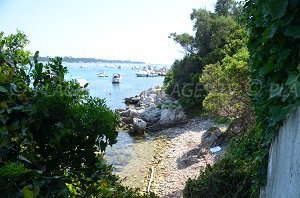 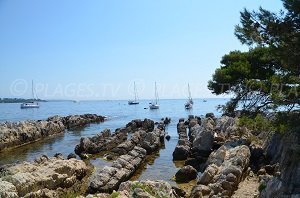 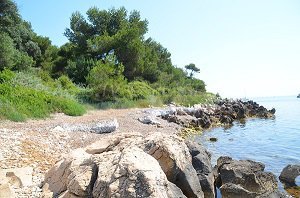