What to see in the Pays Basque (Atlantic Ocean in France)

If you have decided to choose the Pays Basque for your next holiday, you will find this beautiful region of the south west between ocean and countryside has a lot to offer. If you are looking for a holiday combining the pleasures of relaxation and activities, you have made the right choice. Along the coast, many seaside resorts facing the Atlantic Ocean are to be discovered!

South of the Côte Basque: Hendaye 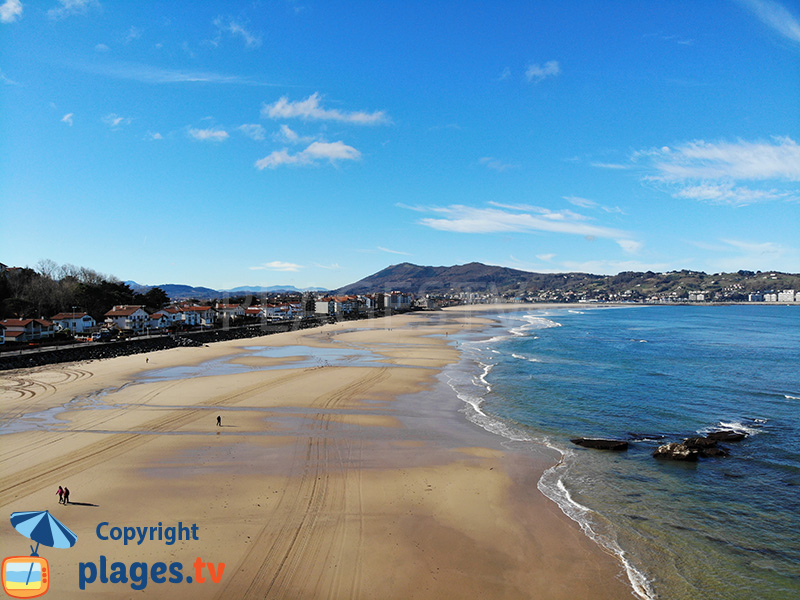 Begin your journey by Hendaye and Fontarrabie, the two cities that are located on both sides of the Spanish border. The Pays Basque is known for being the surfing region and Hendaye does not fail to the reputation of its region. Every morning, you can observe the brave surfers on the casino side of the city, patiently awaiting the first waves while at low tide, cyclists and runners devote themselves to their passions. A long pleasant walk follows the sea from which you can observe "Les Jumeaux", two rocks that emerge from the water. Walk to the harbour from where you can enjoy the freshly caught seafood and take a shuttle that drops you off at Fontarrabie. You will appreciate the old town and the narrow alleys that meander in the middle of an atypical and exotic architecture just a step away from France. It will be an opportunity to get acquainted with the Basque colours displayed in all the houses: blue, red and deep green. Climbing up the hills, you can enjoy a beautiful view over Hendaye. 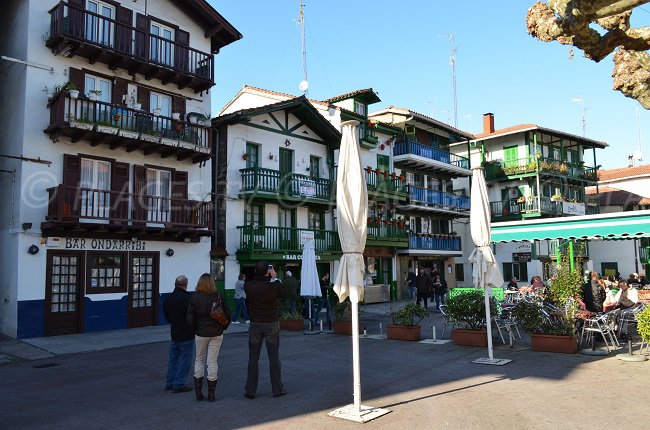 Centre of Fontarrabie, a Spanish town near Hendaye, access by boat 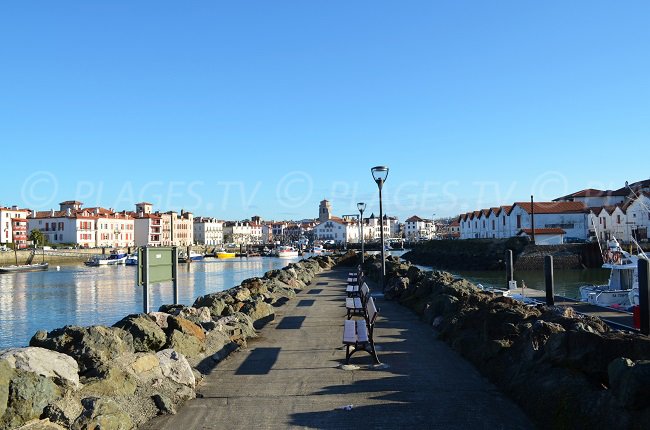 The port of St Jean de Luz, shot from Ciboure

Continue your stay on the side of Saint-Jean-de-Luz whose cliffs and great beaches will charm you. Take the corniche by the sea, small paths lead to pretty beaches less frequented. Continuing, you will soon see the castle Abbadia, built in the 18th century named after the astronomer and explorer Antoine Abbadie. Its neo-Gothic architecture is surprising, its crenellations and its roofs made of pepper can be admired in a large park. The large living room is particularly remarkable as is the observatory and its lunette meridian (entrance fee: 7.9 €). 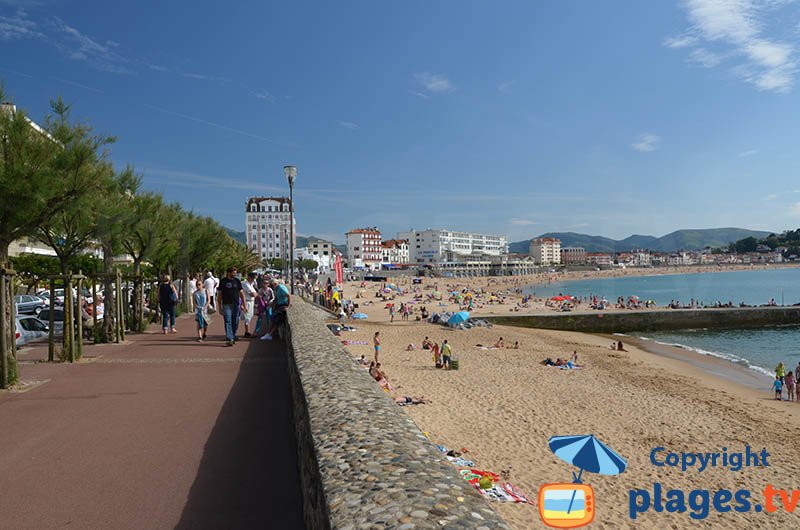 The city has remained famous for having hosted the marriage of Louis XIV and the Infante of Spain Maria Theresa of Austria. The yellow stone cathedral is beautiful and is located in one of the main shopping streets. Here, fill up with Basque linen, striped and multi-coloured then go to the square at the kiosk where you can taste the macaroons of the region, a recipe that has nothing to do with those with cream. The street that goes up to the beach is full of fish restaurants. On this same square is the house of the Infante, facing the small fishing port. Saint-Jean-de-Luz is still a cute resort, a reminder of the social festivals that have been held there since 1850. For this reason, walking along the villas and small palaces facing the ocean is a real pleasure. In the city centre, rue de la République, you can admire the oldest houses of the city built in stone. The market will put you in the mouth, especially on Friday when the local producers are there; Try the axoa, a specialty made with veal and peppers, and ttoro, a fish soup. To go further, read our guide to St Jean de Luz. 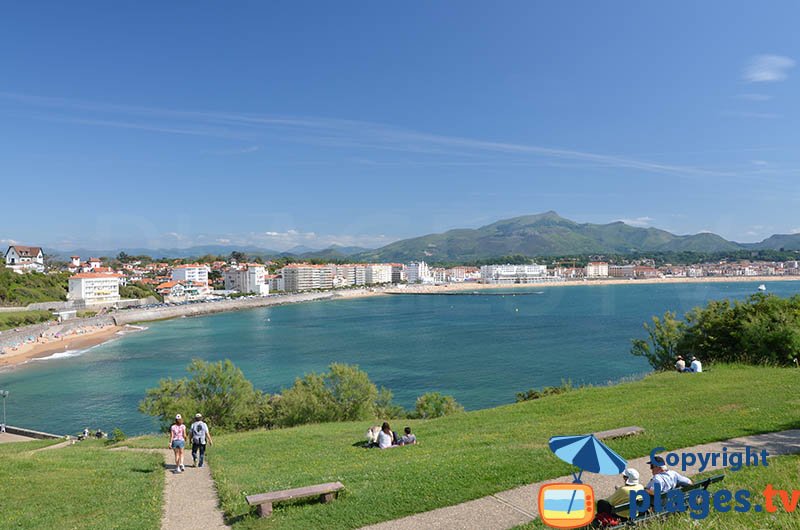 Biarritz: The most important resort of the Basque Coast 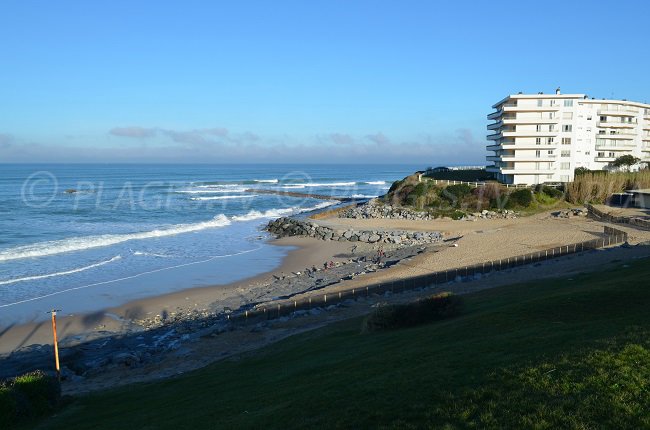 Miladi plage, close to the centre of Biarritz

Biarritz is also known for having welcomed the well-born people from all over Europe at the beginning of the century. It has preserved its art-deco architecture, testimony of its past splendour without turning its back on modernity. The Rocher de la Vierge is just one of the tourist attractions. It is a large rock in the water inside which Napoleon III, accustomed to the city, carved out a cave and put in place an iron bridge, signed Gustave Eiffel, to connect it to the mainland.The nearby Sea Museum will delight young and old alike. Try your luck at the casino and wonder around the streets of downtown, the shops are many trendy shops! From the beach, you can observe the many surfers, the city hosts several international competitions throughout the year. 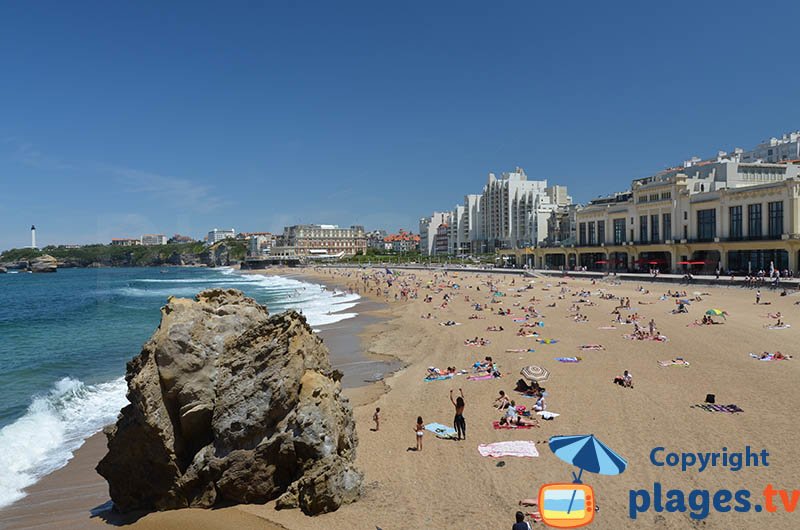 The beach in the city centre of Biarritz

The large beach of the casino is picturesque, with its striped tents. Large terraces welcome visitors from all over. Enjoy the Basque gastronomy: cake of the same name, cheeses made from sheep’s milk, black cherry jam ... Near the beach of the Côte des Basques is often cited as the most beautiful beach in France even if the beach is reduced to nothing at high tide (it is ideal for surfing, a little less for swimming in our opinion). For more information, you can consult our guide on the unmissable sites to see in Biarritz. 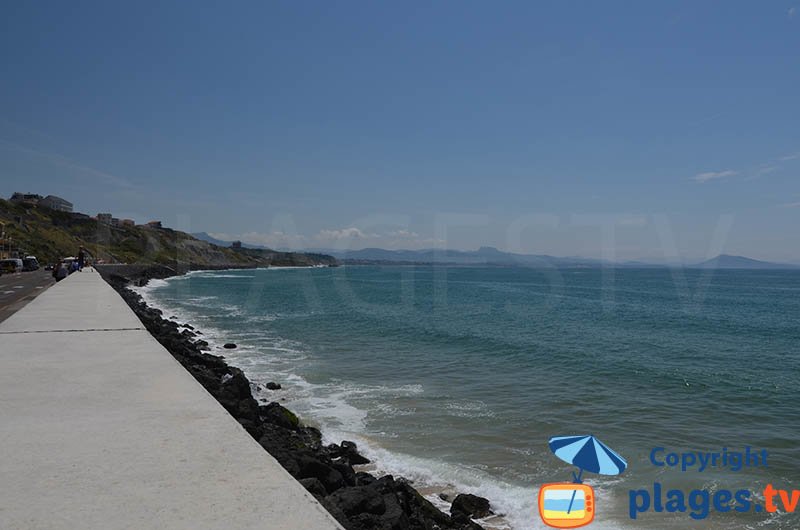 The beach of the Basques, but where is the beach? 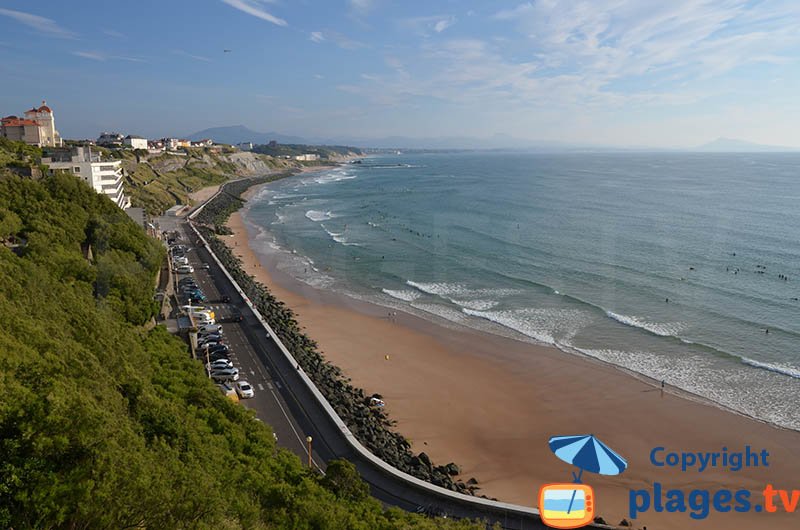 Just a little further, you are in the Landes, another trip in perspective! 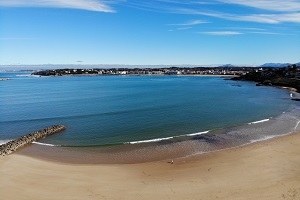 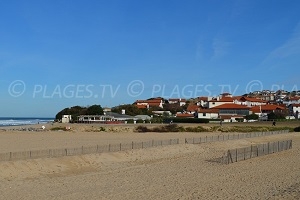 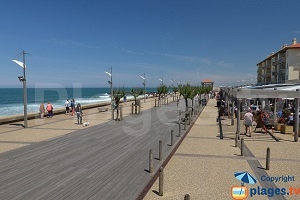