Mine d'Or Beach in Pénestin - France

Information on the Mine d'Or Beach in Pénestin (France)

Description and location of the Mine d'Or Beach in Pénestin (56760) 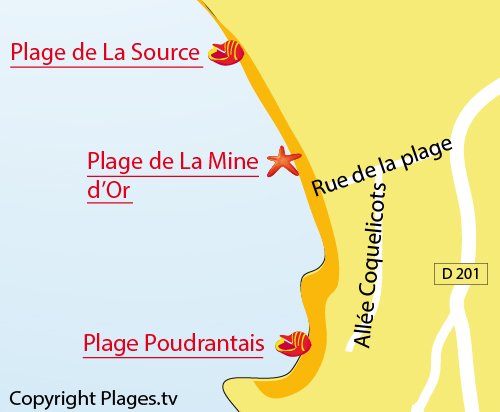 Our opinion on the Mine d'Or Beach

Adresse of the Mine d'Or Beach : Allée des Tennis 56760 Pénestin

Bordered by high ochre coloured cliffs, Pénestin’s La Mine d’Or Beach is the most popular beach of the resort. The site is beautiful, probably one of the best of Brittany and, on top of that, it has its own story to be told! It is a former gold mine (gold was found directly outdoors in the sands of the foot of the cliffs) whose operation was stopped in the early 20th century (low profitability). This vast sandy beach extends for about 2 km in a beautiful landscape. It is an ideal place to swim (even if it is not supervised) or to walk around. Access is by a trail on a gentle slope from the car park (free). There are a few restaurants across in “rue de la Plage”.

Characteristics of the Mine d'Or Beach

Photos of the Mine d'Or Beach 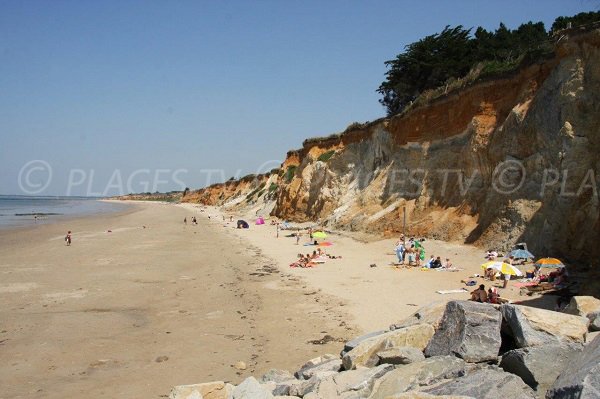 With its ochre colour, this Pénestin’s beach is one of the most visited beaches in the south of Morbihan. In this photo, you can see the two kilometres of sand. 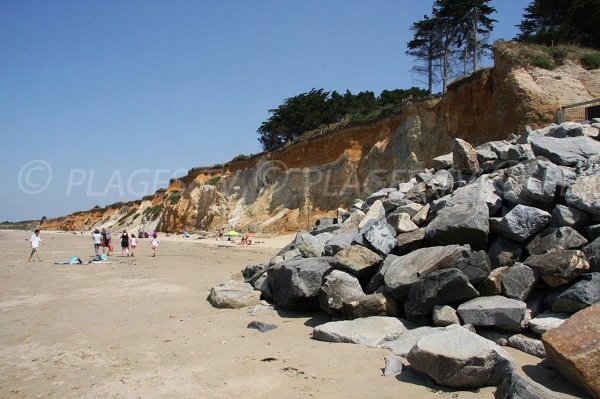 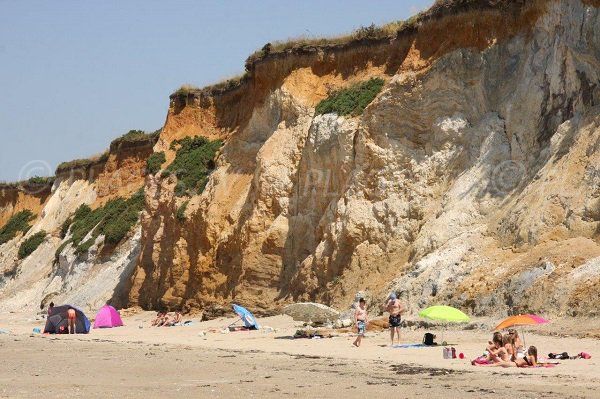 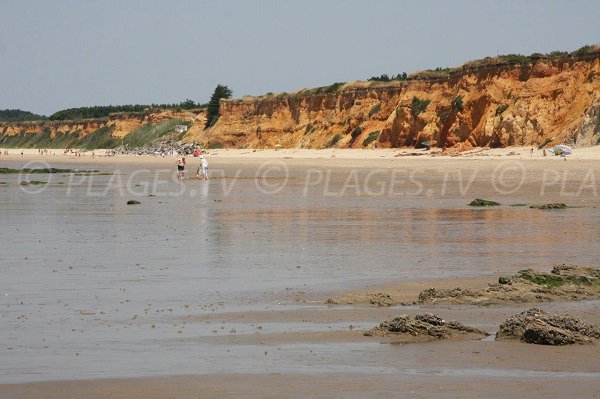 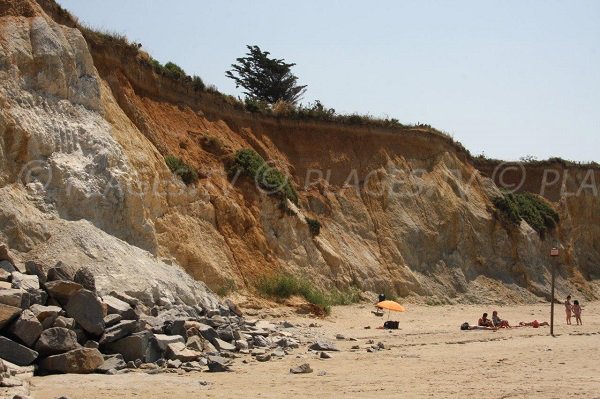 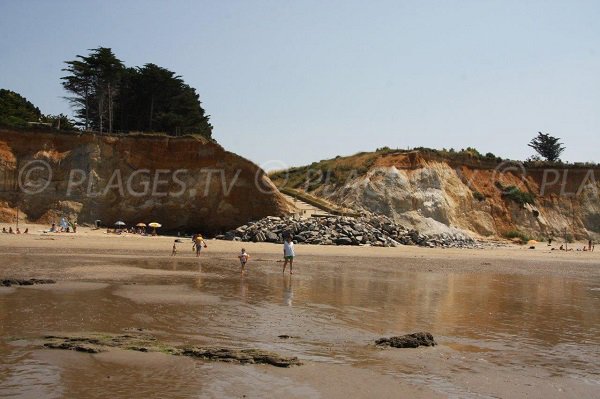 In the centre, we have the access to this beach (possible for people with reduced mobility if assisted). 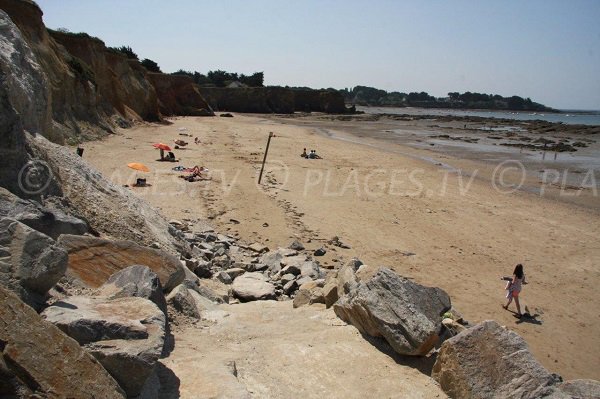 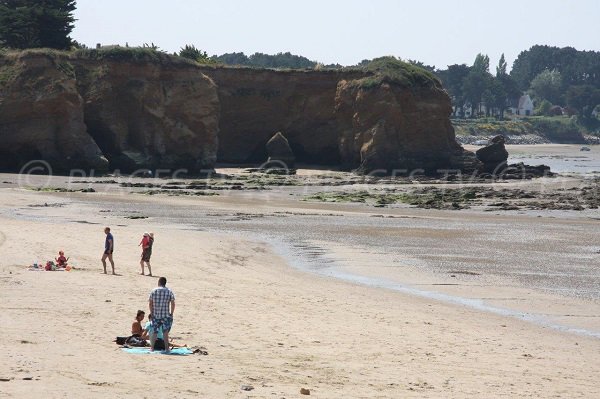 Behind the beach, you begin to see Poudrantais Beach (accessible from the beach at low tide). 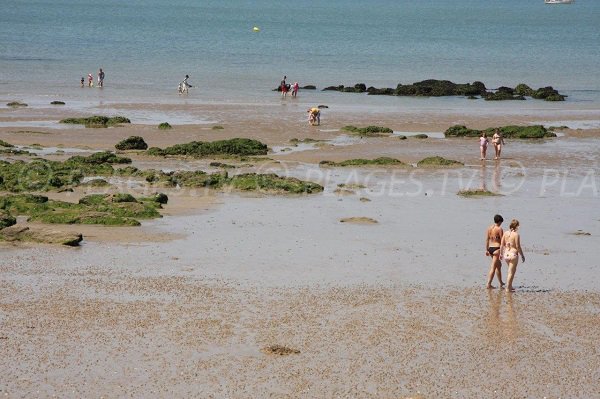 Interactive map of the beaches of Pénestin 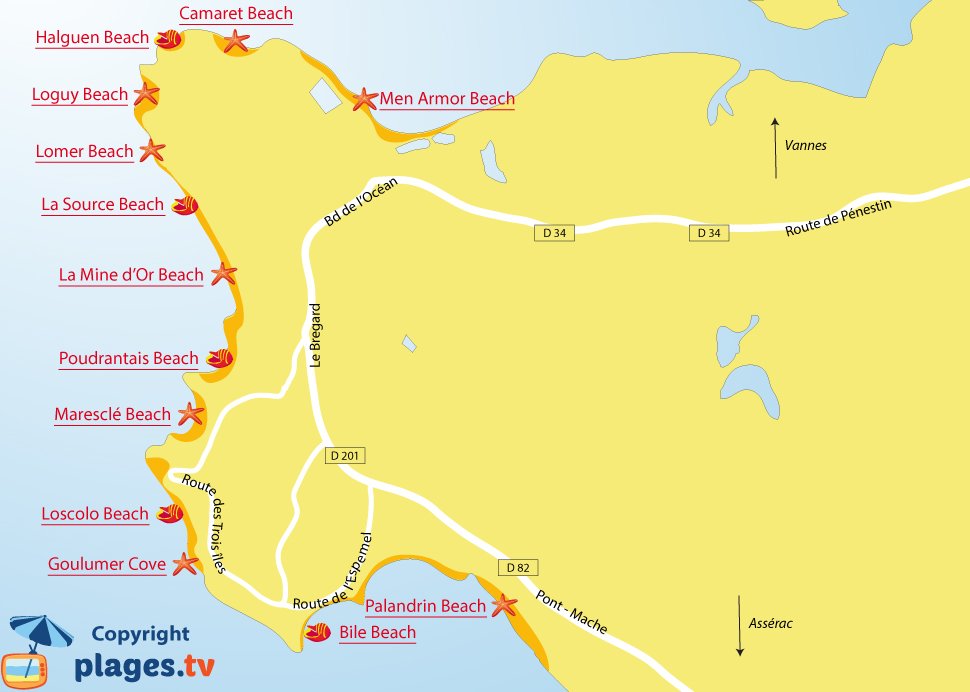 All beaches at Pénestin

Beaches near the Mine d'Or Beach:

Your opinion on the Mine d'Or Beach 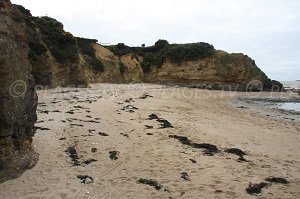 In the area of Landes de Pen-Bé in Assérac, there are several large sandy ... 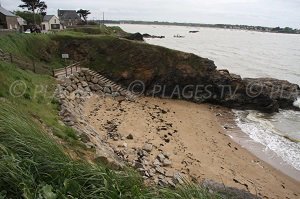 The beach of the Baie des Dames of Assérac is located at the level of the ... 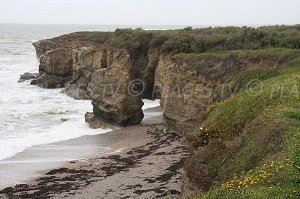 Piriac sur Mer’s Castelli beach is located at the Castelli point and near the ... 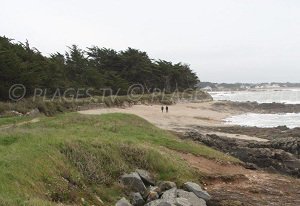 Piriac sur Mer’s Port Georges beach is located next to the beach of Lérat at ... 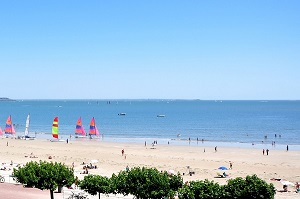