Information on the seaside resort of Saint-Laurent-sur-Mer (14710) 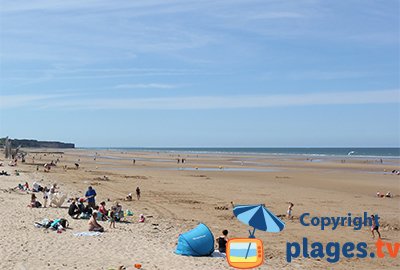 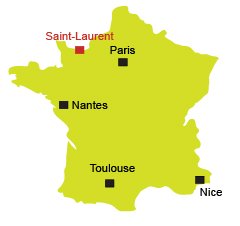 Saint-Laurent-sur-Mer is in the Calvados department in the south of Normandy. This is where the American and British soldiers landed on June 6, 1944 at 6:30am. We are in the Omaha area where nearly 3,000 soldiers were killed. At 200 meters from the beach, there is the Omaha Beach memorial where one can relive the experience of landing on this beach and at the Pointe du Hoc (long-range artillery allowed the Germans to defend Omaha Beach – put out of service by 250 rangers supported by aircraft after two days of fighting).

Throughout its history, the beach of Saint-Laurent-sur-Mer is known as Omaha Beach. It is divided into two zones: the western part is supervised in the summer season and the eastern part is more untamed with the appearance of dunes and green cliffs.

On the seafront, there are monuments in memory of the liberation and the landing including a sculpture named “Les Braves” directly on the sand.

Saint-Laurent-sur-Mer is inseparable from its two neighbours. To the east, Colleville sur Mer Beach is a continuation of that of St Laurent dominated by the American cemetery. To the west, Vierville sur Mer Beach was the area of the landing of heavy machinery.

Interactive map of the beaches of Saint-Laurent-sur-Mer 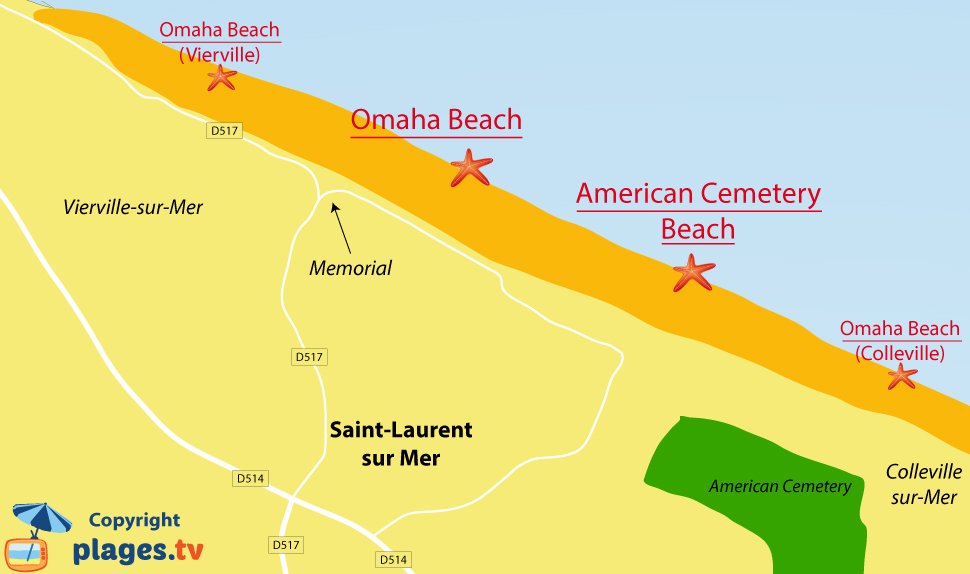 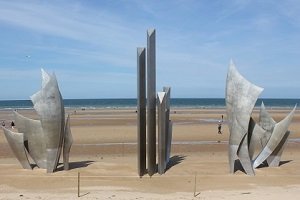 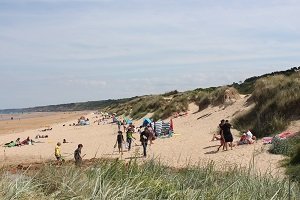 Your opinion on the resort of Saint-Laurent-sur-Mer 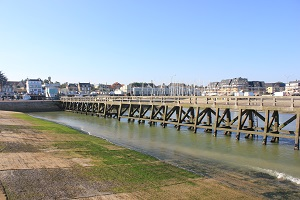 Grandcamp Maisy is a Norman seaside resort in the department of Calvados near ... 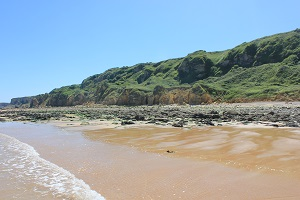 Longues sur Mer is located in Normandy in the department of Calvados 8 km north ... 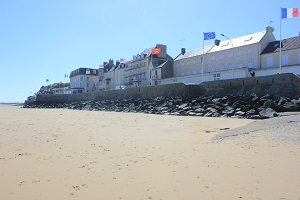 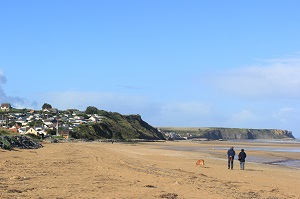