The most beautiful beaches in the Agriates desert in Corsica

The Agriates desert, located between Balagne and Cap Corse on the northwest coast, is a micro-region, which only name is desert! The area, with Mediterranean vegetation traditionally found in the scrubland, like holm oak, olive trees or heather and myrtle, and which coastline is 40 kilometres long, is split between headlands and sandy beaches but also between hills which highest peak is Monte Genova and marshes. 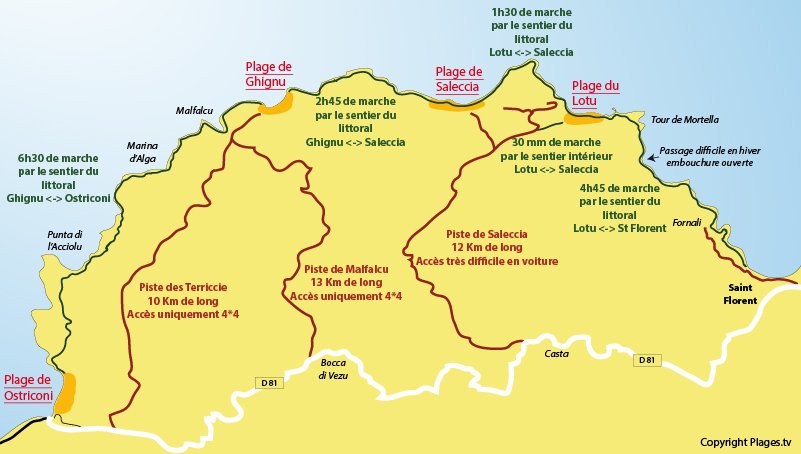 Nature reigns supreme in this part of Corsica and villages is a rare occurrence. 15 000 acres spread from the foot of the Tenda Mountain, from the beaches of Ostriconi to those of Roya.

The landscape is magnificent between the seaside resort of St. Florent and the mouth of the Ostriconi, and is populated by rocky cliffs and chalk-coloured mountains. However, visitors are mainly looking for dream beaches, no doubt the most beautiful ones in Corsica, often accessible by boat, on foot or by kayak! 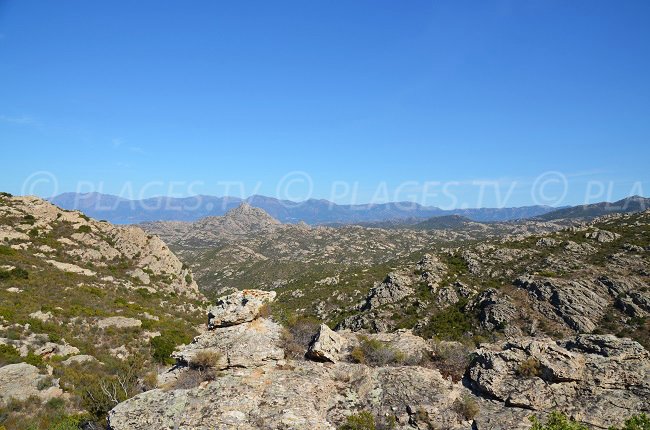 The Coastal Conservatory has acquired 5,500 acres of coastline, which makes up the natural site of the Agriates. Thus protected (after marina projects around Ghignu), it hosts many species of birds, butterflies and rare plants. From secret coves to wild coves, there is something for every bather, including those looking for more "traditional" but no less beautiful beaches. 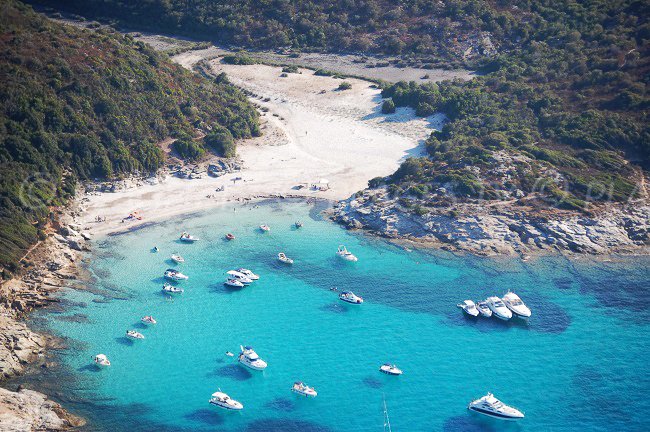 Lotu Beach, one of the prettiest of the island, close to Saint-Florent and very crowded, is in the lead (accessible by shuttle boat from St Florent, the coastal path starting at the end of Roya beach in 4:45 on foot). 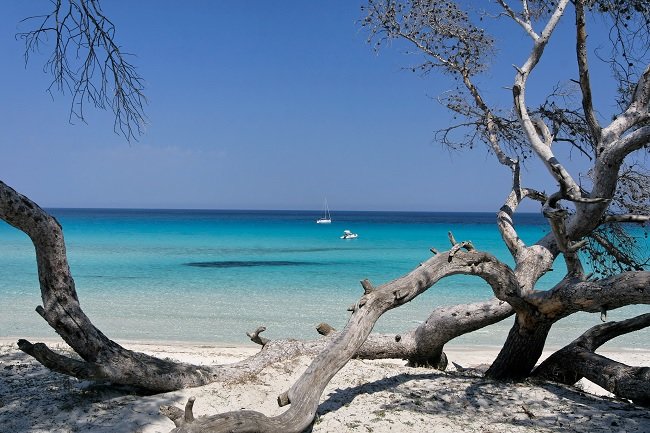 One can also reach Saleccia Beach, which stretches one kilometre and offers real picture postcard scenery, white sand and turquoise water (two paths from Lotu Beach, one 45 minutes away on foot and the other 1:30)! Diving is practiced everywhere, the seabed as rich as at the other end of the world! 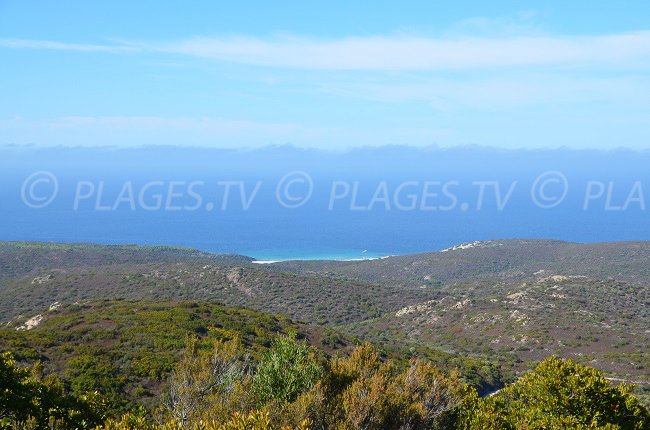 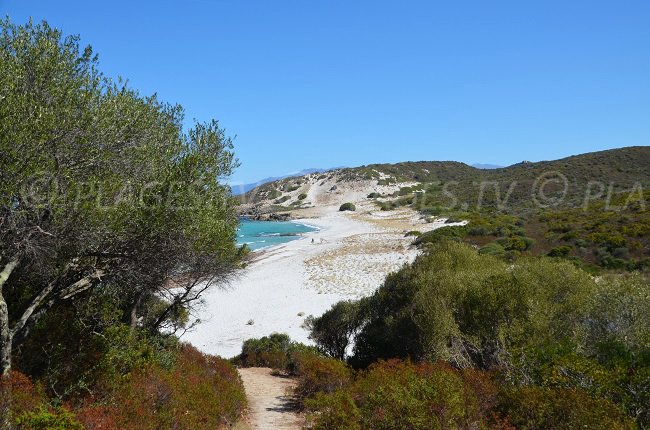 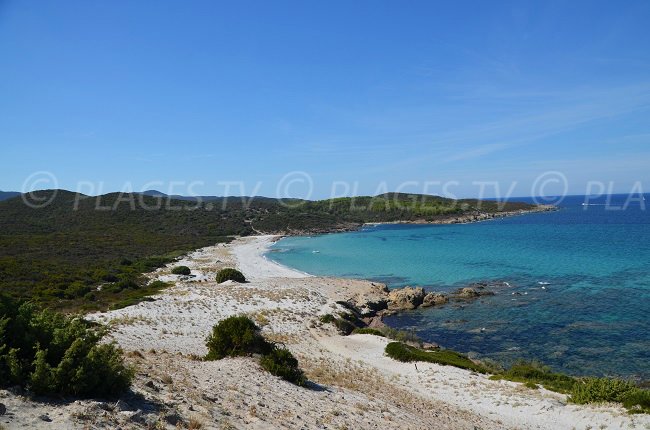 Ghignu Beach is in the center - Photo taken from the dune. There are mats at the southern end of the beach

Wilderness lovers favour Ghignu beach and Malfalco, more confidential beaches (2:45 on foot from Saleccia Beach or 6:30 from Ostriconi Beach). Note that there are dozens of mats on the latter (former shepherds’ huts) that one can rent for one night (price of 12 € per person for 2014) at the top of the beach. 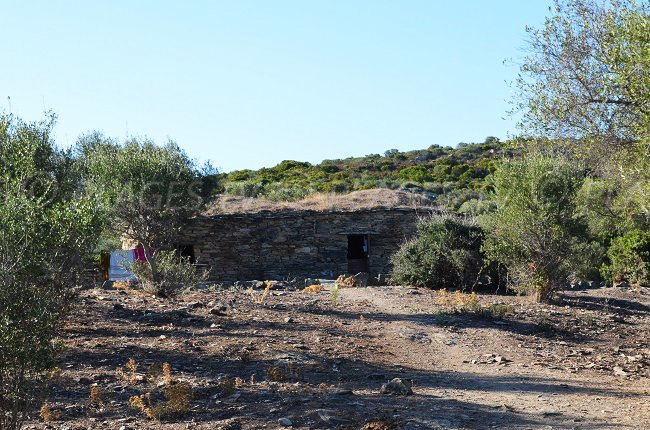 One of the 10 mats in Ghignu 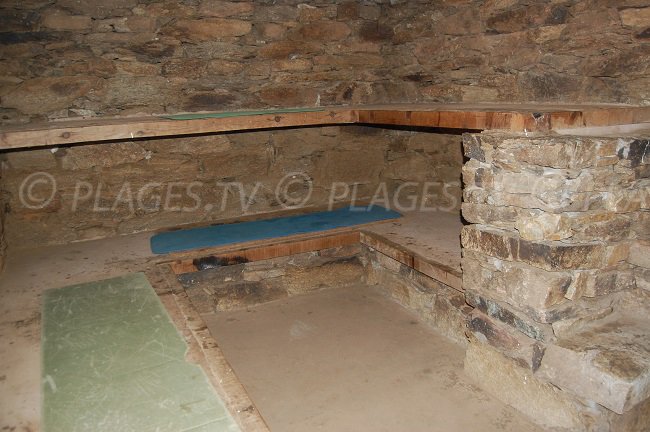 The ideal way to explore the area is by boat, which can reach all the beaches or join from Saint-Florent Lodo and Saleccia. Cycling enthusiasts will enjoy the track linking Casta to Saleccia Beach, a 12-km trail to discover the hinterland of the Agriates, meant for the sportiest and preferably early in the morning, summer days can be hot in this Corsican site.

It may be worth reaching the neighbouring micro-region of Ostriconi when travelling in the desert of the Agriates. The territory is composed of four charming belvedere villages: Urtaca, Pietralba, Novella and Palasca. From Novella, the view from the road to the ledge of the Agriates is unforgettable. Passing by Murato to visit the San Michele chapel, the view of the Nebbiu Mountains, the Agriates and the Gulf of Saint-Florent has the same effect!

To travel in the Agriates is to explore virgin lands, along the sea, as is the case in Punta di Acciolu, a rocky bolt that one bypasses on foot and which leads to beautiful Ostriconi. It is a true ecological treasure, and it is also possible to visit the region and its rivers with a four-wheel drive, land and rocky tracks just waiting to be roamed! Further south, still on the west coast, one can visit Balagne, which offers more accessible beaches that the Agriates. 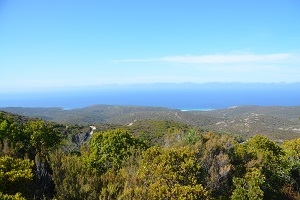 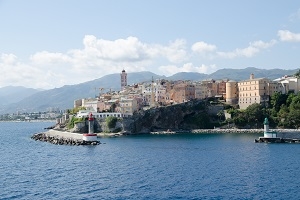 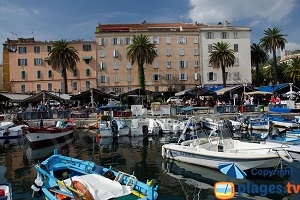