Dinard : a seaside history that begins in 19th century

A stay in Dinard, this is a journey into the past. From its beautiful villas of the 1900s to its vast beaches, from the spectacle of the tides to the unforgettable views, this Breton seaside resort is one of the most beautiful destinations. Despite its proximity to Saint-Malo, the atmosphere is totally different. Dinard is more welcoming. 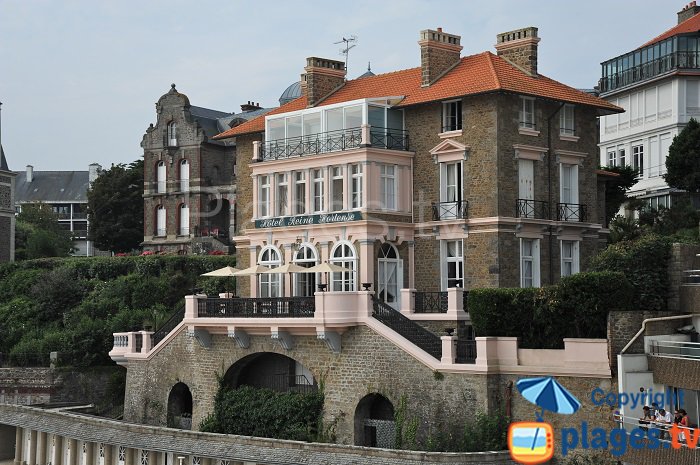 A house on the seafront in Dinard (Ecluse Beach)

Dinard is known for the beauty of its architecture. Taking advantage of the craze of the wealthy families for bathing, it encouraged its territory to build many mansions that are now the pride of the city. From the waterfront to the heart of the city, more than 400 grand houses, the largest concentration of the “Grand Ouest”, reveal themselves and state that the English were the first to occupy the place. We owe them the most famous of them, the villa Bric-a-Brac. They offer privileged views of the breath-taking Bay of Saint-Malo and of the various beaches of Dinard. 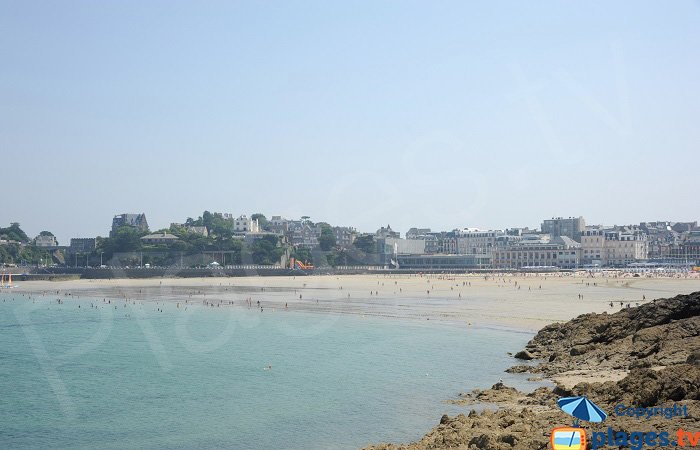 Beautiful view of the Ecluse Beach from the coastal footpath

The resort has a coastline of about 9 km which includes 4 main beaches well appointed: Ecluse Beach, with its blue and white striped awnings and its fine sand, Saint-Enogat Beach, located in one of the oldest parts of the city, Prieuré Beach facing the beautiful park of Port Breton and finally Port-Blanc Beach, which leads to Saint-Lunaire, the neighbouring resort. 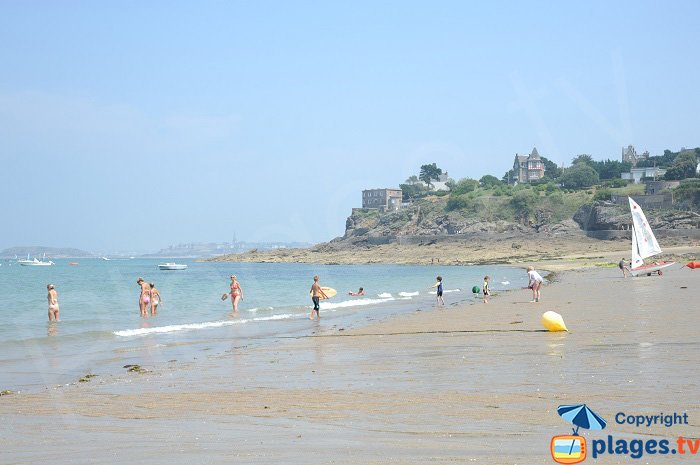 St Enogat Beach with Saint Malo in the background 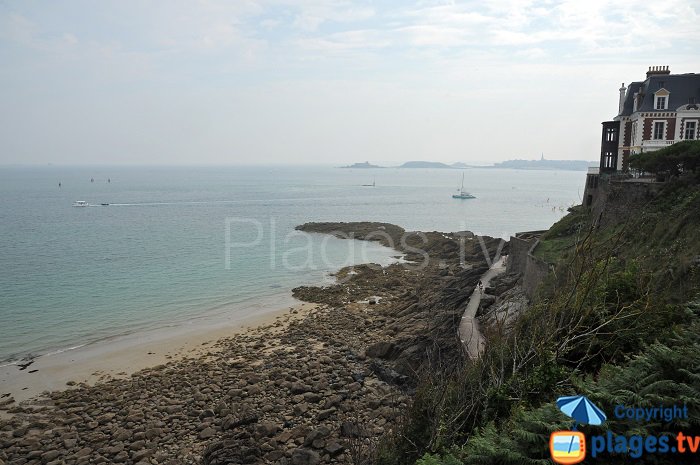 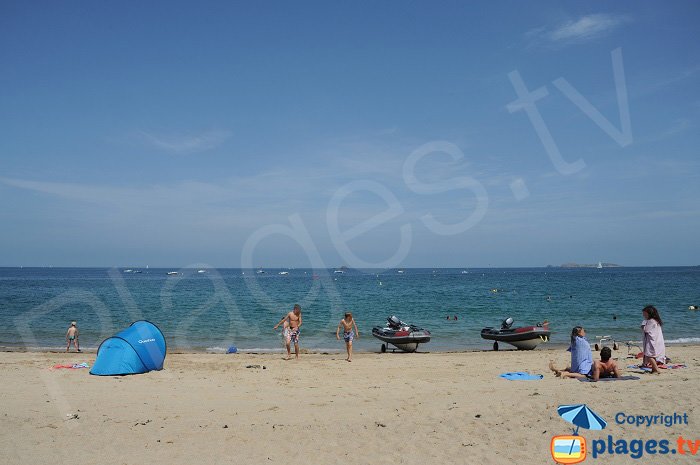 In the centre, the market is the ideal place to discover some of the local cuisine and particularly lobster, especially at the highest tides! It is also the busiest time although Dinard puts a point of honour to organise many events throughout the year. The best known is probably the British Film Festival in Dinard which is to be named "city of art and history". 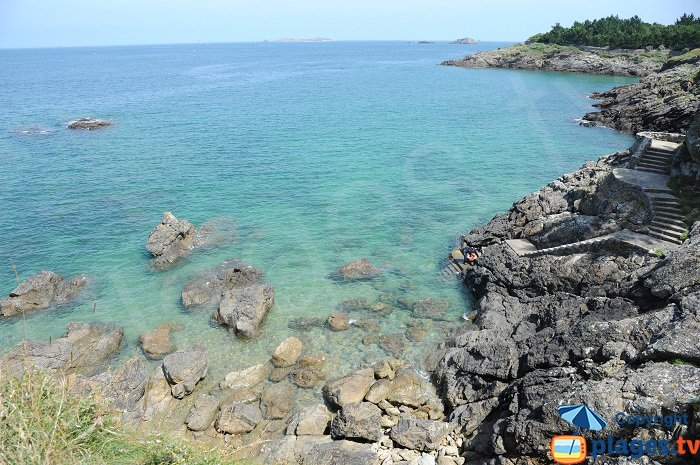 Dinard coastal footpath near Port Blanc with a swimming area

On the Côte d’Emeraude, the show is permanent. Nature lovers are enjoying the landscapes of the one we nicknamed the "Nice of the North". Among the busiest trails, the “Voie Verte” between Dinard and Dinan which offers magnificent views. From the city, you can explore the estuary of the Rance, the Malouinière and gardens of Montmarin, or even up the river to Dinan. But the most beautiful walks are on the coast. The most enjoyable one starts from Prieuré Beach and, after a two hours walk, ends up in Port Blanc Beach. Nearby, the village of Saint-Suliac is a must-see. And why not opt ​​for a short crossing to the Channel Islands and England? 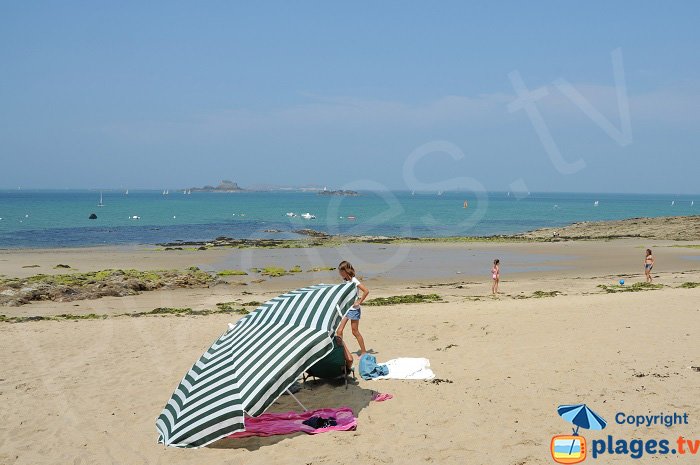 A small sandy cove at Dinard

Nearby, Saint Lunaire resort is more relaxed. It has some nice villas and views that stretch from Cap Frehel (Côtes d'Armor department) to St Malo. 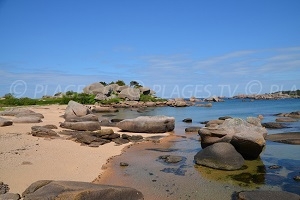 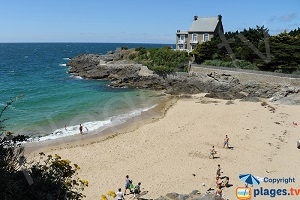