Information on the Erretegia Beach in Bidart (France)

Description and location of the Erretegia Beach in Bidart (64210) 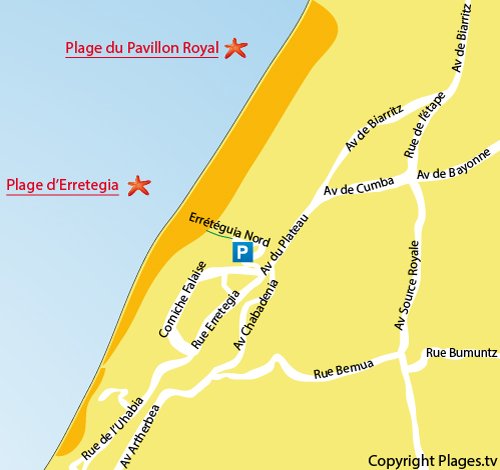 Our opinion on the Erretegia Beach

Bidart’s Erretegia Beach is located near Bidart Centre but away from the city centre in green surroundings. The beach stretches for several hundred metres. It is made up of extra fine grit that that is similar to sand. There is also a snack bar on the beach.

To get to this beach from Bidart, take the direction for Biarritz on the 810 (Atherbea Avenue). At the intersection of the avenues of Plateau, Chabadenia and Erretegia street, take the left (Erretegia Nord) that provides access to a large car park. The beach is about 250 meters from the car park.

This beach is also accessible by bus (Bidart Erretegia stop).

This beach is also the starting point of the coastal path which takes you to Hendaye via a 25 km trail.

Characteristics of the Erretegia Beach

Photos of the Erretegia Beach 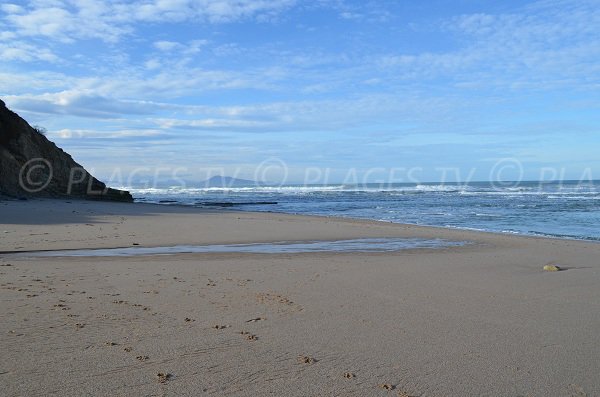 This Bidart’s Erretegia Beach is located between the city centre and the Pavillon Royal Beach. 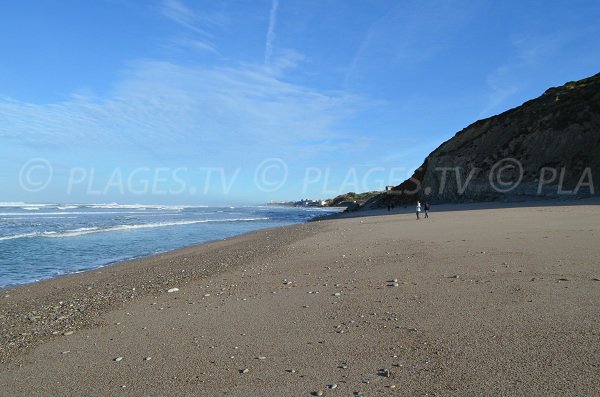 From this beach, we have a view of Biarritz. 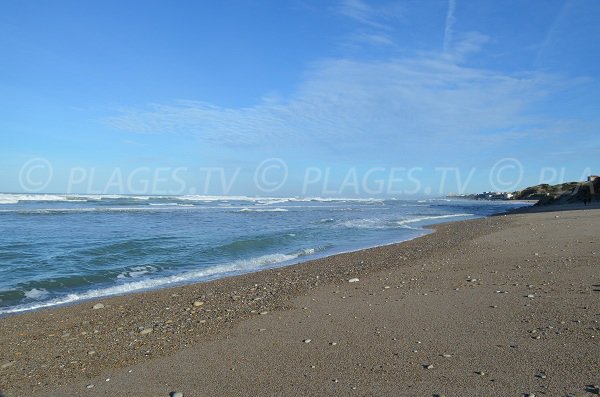 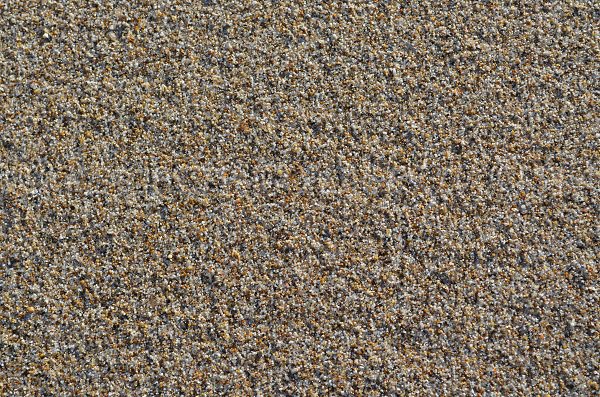 This beach does not have fine sand but consists of fine grit. 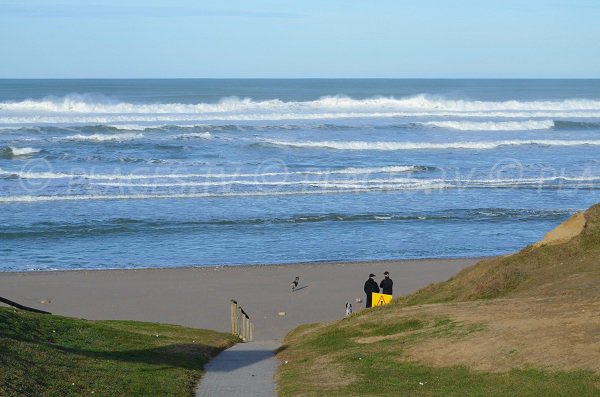 This beach is accessible by a small path and some stairs.

Interactive map of the beaches of Bidart 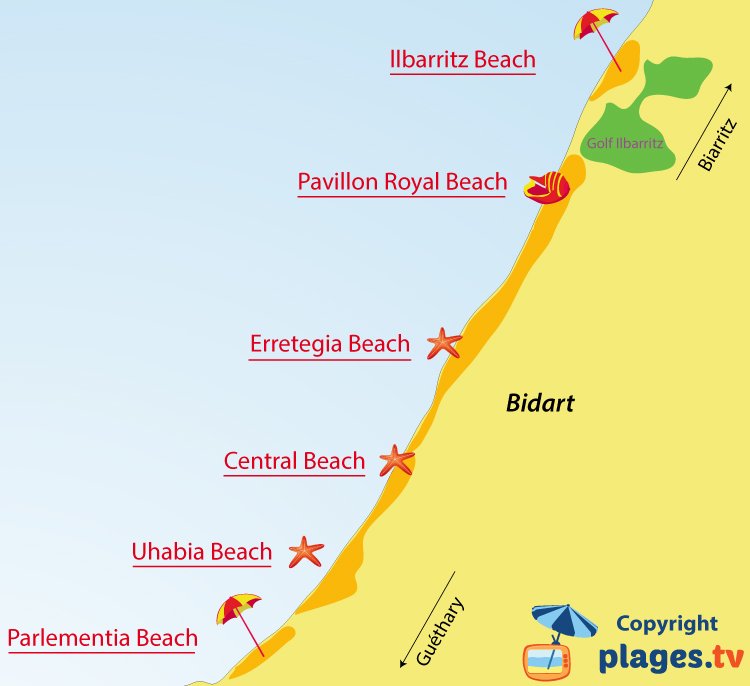 All beaches at Bidart

Beaches near the Erretegia Beach:

Your opinion on the Erretegia Beach 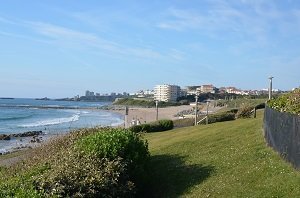 Milady Beach in Biarritz is one of the favorite beaches of the locals. It is ... 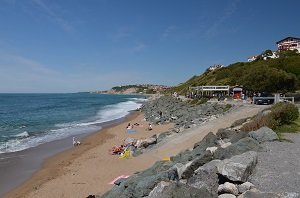 Parlementia Beach is located on the right side of the port of Guéthary. This ... 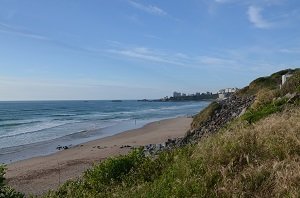 Marbella Beach in Biarritz is located to the south of this seaside ... 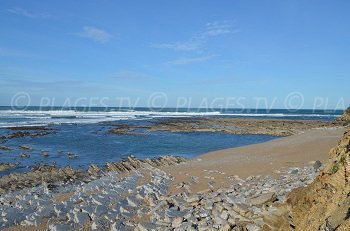 Cenitz Beach in Guéthary is shared with the beach of the same name in St Jean ... 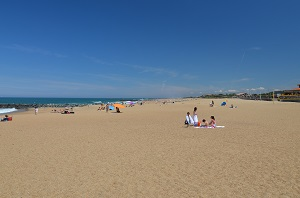 The seaside resort of Anglet, located 30 km north of Spain and only a few ... 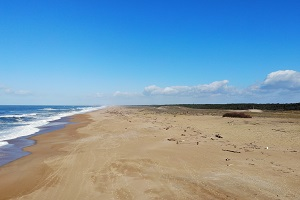 The small resort of Tarnos, the Landes 4th city, is appreciated for its ... 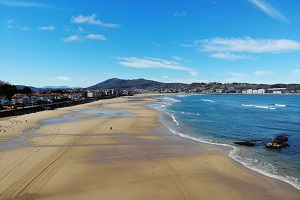 Located a few hundred meters from Spain, Hendaye is one of the most important ... 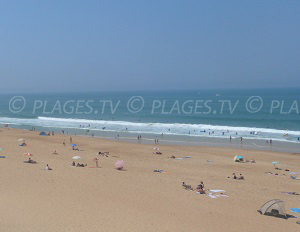 In the Landes, on the edge of the Atlantic Ocean, the seaside resort of Labenne, ...

At the southern tip of the Basque coast, a few kilometres from Spain, ...

Surfers, walkers along the esplanade of the Casino, nice waves and beautiful ... 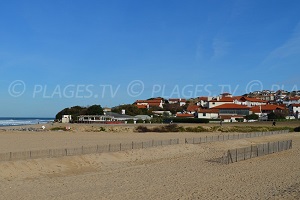 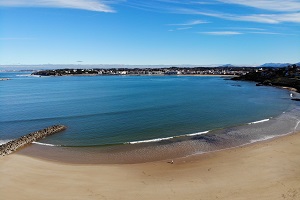