Information on the Central Beach in Yport (France)

Description and location of the Central Beach in Yport (76111) 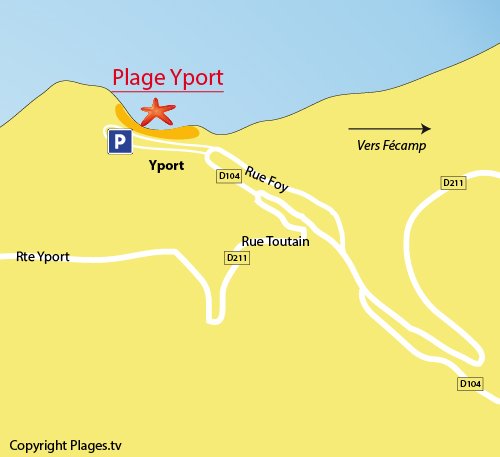 Our opinion on the Central Beach

Yport Centrale Beach is made up of pebbles. In the high season, July and August, swimming is supervised. There are also some beach huts and colourful boats that recall the past of this former fishing village whose maritime tradition is celebrated every year on August 15, the gala of the sea and painting.

The beach is also equipped with a beach-volley court.

Note that swimming is difficult at low tide because of the rocks and the sea weed that make access difficult to the sea. However, the setting is beautiful and Yport with its central beach is a unique place on the Normandy Coast.

Dogs are not allowed on the beach (in the summer season).

Characteristics of the Central Beach

Photos of the Central Beach 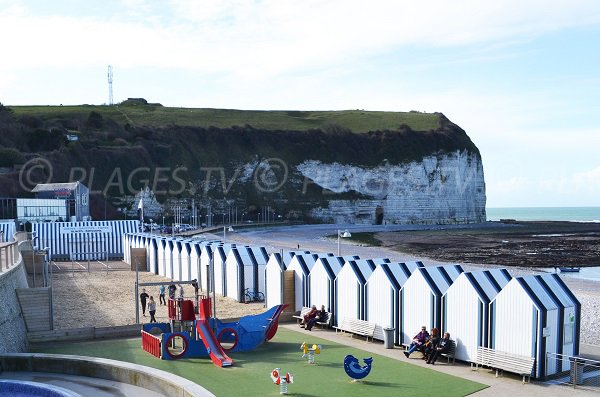 On the beach, there are beach huts with a playground for children. 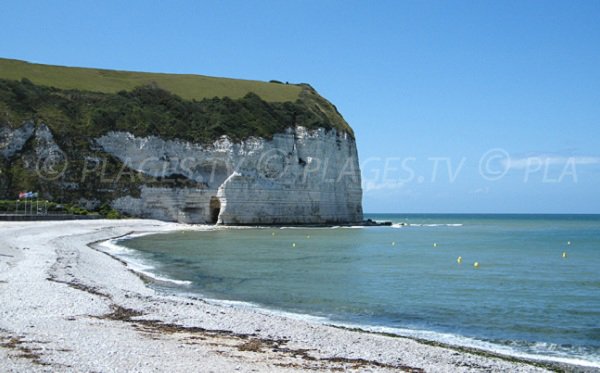 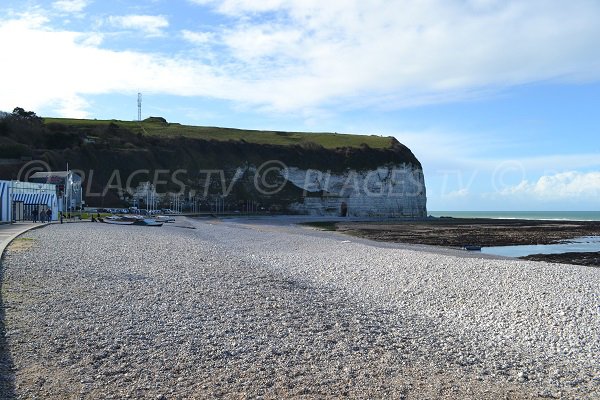 At low tide, numerous rocks are uncovered on this beach. 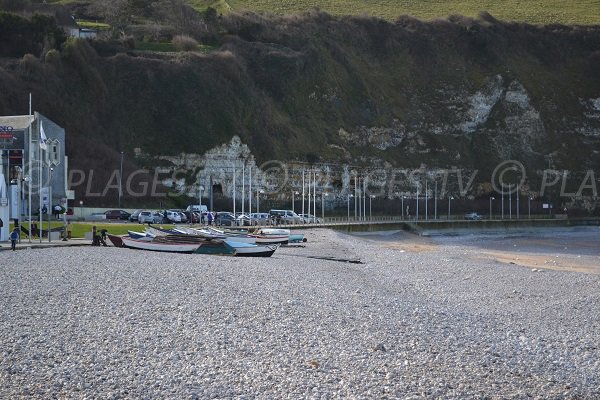 Near the casino, a few boats bring a picturesque touch to this Normandy beach. At low tide, some sandbanks are uncovered. 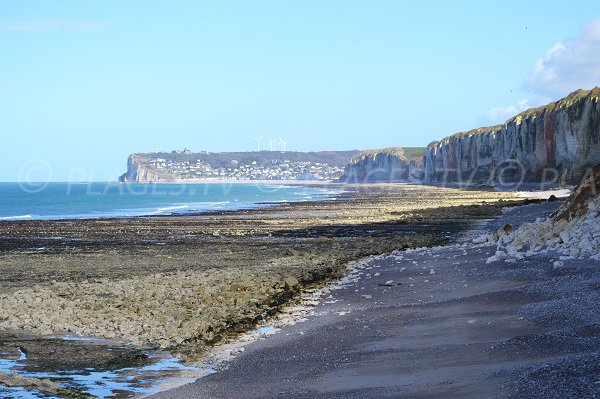 On the right, you can see the beach at Fecamp which is close by (but access is prohibited by the sea because of frequent landslides).

Interactive map of the beaches of Yport 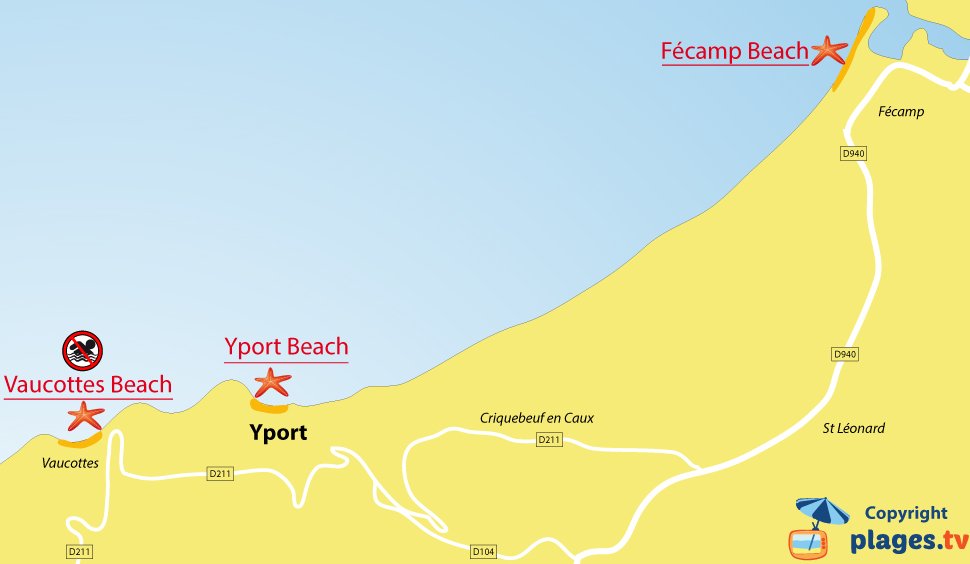 Your opinion on the Central Beach 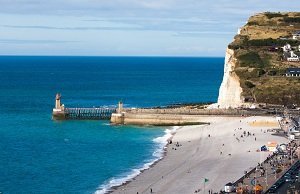 Fécamp Beach extends from the casino to the harbor along the promenade dam. ... 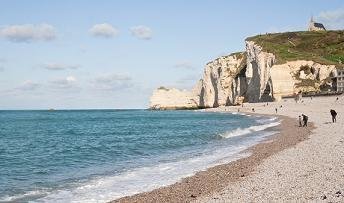 Etretat Beach extends between two cliffs (Aval and Amont) that divide up the ...

The beach of St Pierre is the nearest beach to the village of ... 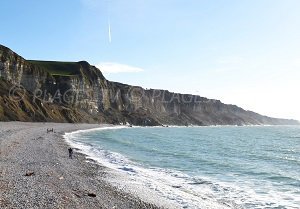 At the port of Antifer, there is Saint-Jouin-Plage Beach below the cliffs of ... 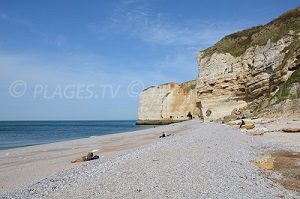 Located a few kilometers from Etretat, the village of Tilleul is charming. ... 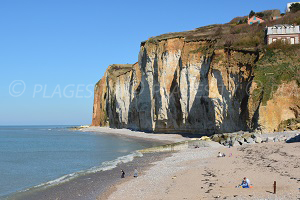 Located in the Pays de Caux, there are two beaches in Saint-Pierre-en-Port and ... 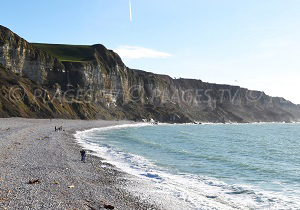 At ten kilometres from Etretat, Saint-Jouin-Bruneval has remained in the shadow ... 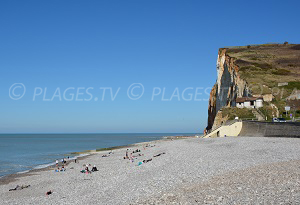 The seaside resort of Petites-Dalles is on the Caux plateau, which offers a ...