Information on the Bonne Source Beach in Pornichet (France)

Description and location of the Bonne Source Beach in Pornichet (44380)

Our opinion on the Bonne Source Beach

Bonne Source beach is the largest sandy beach in Pornichet. This beach is located east of the Port, and is visited by families. There are two aid stations, both on the eastern part of the beach (on Hirondellesand Villès Chevissens avenues). The western part of the beach has no aid station. The beach is accessible by a converted pedestrian path along the beach. There is a small sandy cove at the west end, on Dubas Avenue. To get to this beach from the centre of Pornichet, go in the direction of Saint-Nazaire by the seaside. There are some spaces along the road and two car parks on Good Source Avenue (the first after Lequerré Avenue and the second on Jaunais Avenue). It also has a bicycle path.

Characteristics of the Bonne Source Beach

Photos of the Bonne Source Beach

There is a beach club on the left side of the beach, near the aid station.

This beach has a tiralo for disabled people.

This is the largest beach in Pornichet. It is covered in very nice fine sand. We can see the beginning of Pornichet harbour in the background. There are some nice houses along the beach.

Interactive map of the beaches of Pornichet

All beaches at Pornichet

Beaches near the Bonne Source Beach:

Users rating given to this beach:
5/5, based on 2 users
We do not yet have any opinions in English; the ratings are calculated with the opinions in all languages.

Your opinion on the Bonne Source Beach 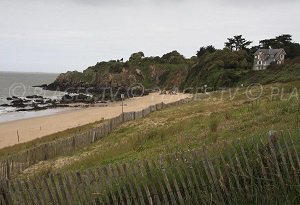 St Nazaire’s Jaunais Beach is located on the limit of Pornichet and the beach ... 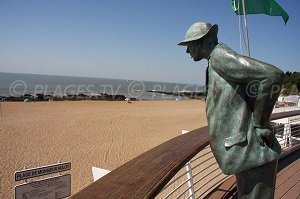 Saint-Nazaire’s Monsieur Hulot Beach is located in the seaside resort of ... 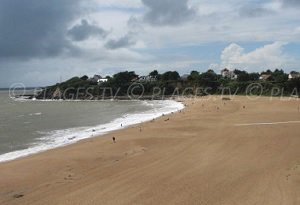 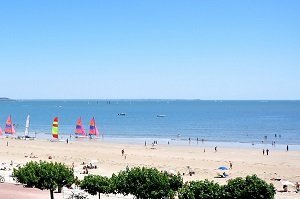 La Baule beach stretches on 5 km along the main road and the nearby towns of ... 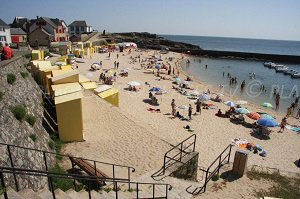 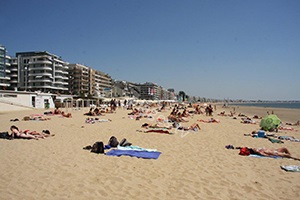