The Roman Emperor Constantine supposedly gave its name to the small seaside resort of La Croix-Valmer, the day he saw a cross appear in the sky, which was to guide him to victory. This discreet and quiet town is now a popular destination for tourists visiting the Var and who wants to enjoy the beaches of the Provence region. It has a unique location, at the foot of the Maures Massif in the Bay of Cavalaire-sur-Mer, in the Gulf of Saint-Tropez, a few kilometres from Le Lavandou and Saint Tropez, and offers a variety of landscapes, from beautiful beaches to vineyards and hiking trails along the coast or in the Massif. The village is located away from the coast, only Landing Beach reminds us that we are on a tourist site, the rest of the coastline is preserved. 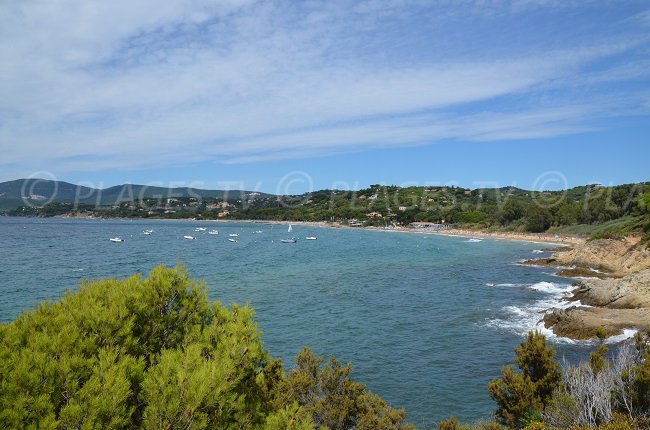 The sites of Cap Lardier and Cap Taillat are must-see. The first one closes the Bay of Cavalaire in the East and is full of contrasts. The accessible coastline goes alongside Pointe Andati, an almost impassable wild territory covered in a thick maquis which colours and smells enchant the bravest walkers. The valley of Brouis located there is also composed of a pine forest that one can discover at the bend of a hiking trail before reaching the well-preserved beaches. 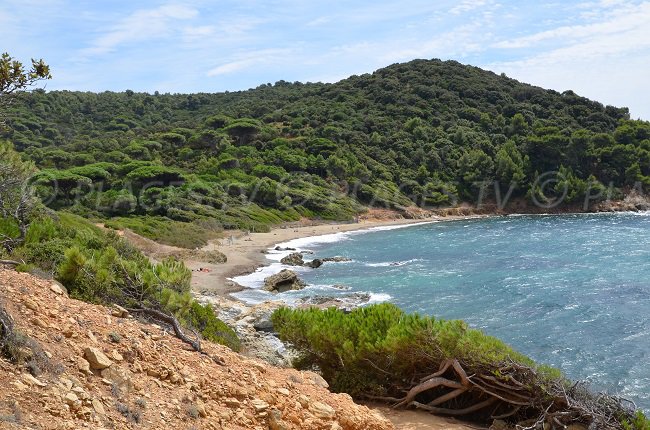 Shooting of Brouis Beach coming through the coastal path

Cap Lardier now belongs to the Coastal Conservatory and when one strolls around one must not miss the road going through a forest of Mimosa near Cap of Vergeron and which opens on the large Beach of Gigaro, one of the most beautiful in the surroundings. It is possible to continue near Jovat Beach and Crocodile Island towards Cap Lardier to enjoy the view of Cap Taillat but the road is long.

The latter is only accessible via the coastal path, either from the bay of Gigaro or by the Escalet (located in the town of Ramatuelle). Every step is a new beach or a small cove unfolding before the eyes of the walkers and on some rocks, one realizes that naturism bothers nobody! Naturist coves in the Var are numerous but very few are official ... A rich vegetation, the song of cicadas under the pine trees and a sea like in the Caribbean wetting the white stones, it is not difficult to believe one is in paradise! 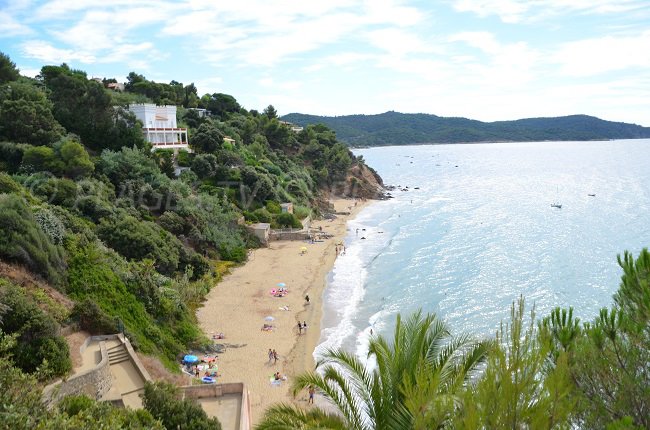 Sylvabelle beach with a view towards Cap Lardier

The biggest asset of the town remains its coastline. There are a dozen beaches in La Croix Valmer. Sylvabelle is a small cove sheltered from the winds and the crowd; Briande gives an image of the end of the world, with a beautiful natural setting and incomparable brightness. However, it is more easily accessible by Escalet Beach in Ramatuelle via the coastal path. 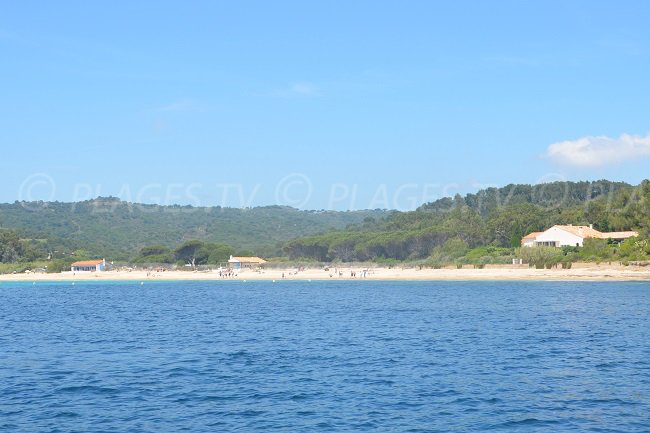 The Bay of Briande – some houses belonging to neighbouring wine estates

Landing Beach has a rich history and boats go from there to the islands of Hyères and especially to the island of Porquerolles. 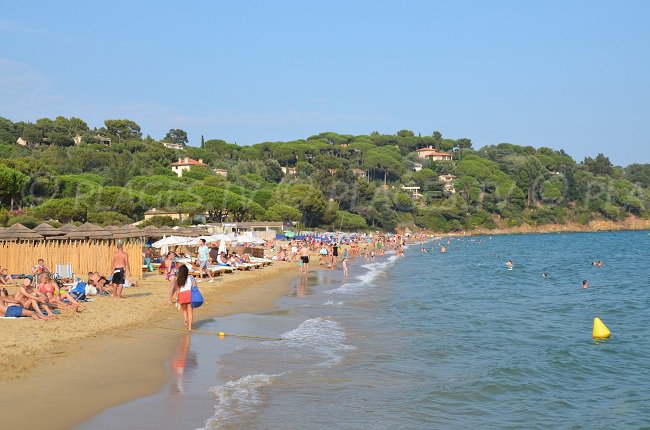 Wilder, the fine sand of Heraclée Beach is the perfect place to watch sunrises and sunsets and Gigaro is the most family-oriented with restaurants and water sports clubs. 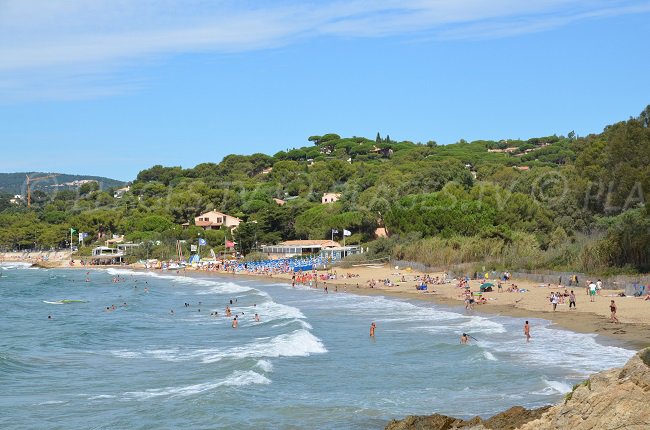 Gigaro in La Croix Valmer: between public and private beaches

Finally, adventurers will choose Brouis Beach, a haven of peace that one must deserve (about 45 minutes on foot), in the heart of unspoilt nature far from everything.

The symbol of Provence among others, the vines of La Croix-Valmer is discovered by taking the wine route, unless one would rather meet the architectural heritage of the city. There are many large villas (Turquoise, Bruyeres, Andalusia...) and Maison des Pères, which welcomes religious rest, is undoubtedly the most imposing monument of the city! Throughout the year, Provencal markets delight vacationers in search of authenticity.

La Croix-Valmer is also famous for its Anches d’Azur festival, a musical reference, which welcomes every year thousands of amateur and professional musicians from around the world with the sole objective of having fun and discovering all musical styles. 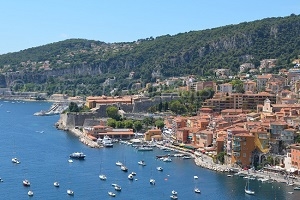