Mentionning Cannes is to imagine a red carpet to the famous Palais des Festivals, enjoy the beauty of the French Riviera, strolling along the Croisette or enjoy the sandy beaches.

Cannes: between cinema and Culture 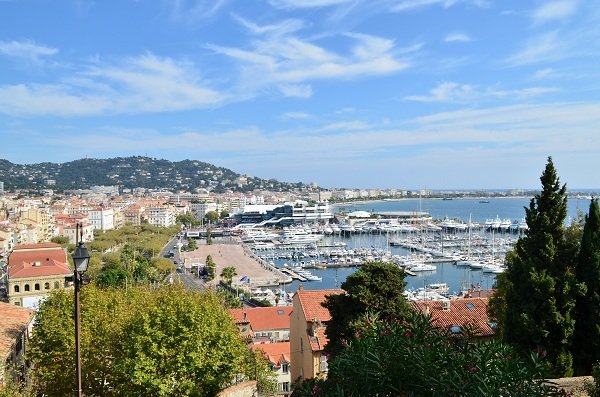 With its small flowered streets and its picturesque charm, Cannes is an essential step on the French Riviera. Situated between Monaco and Saint-Tropez, protected by the Esterel, it offers many beaches and an uncommon elegance that captivates thousands of tourists each year. The pretty buildings follow one another, mingling their coloured shutters on the road to the Sainte-Anne chapel, built in the twelfth century and the church Notre-Dame d'Esperance. Nearby you can also admire the castle of the city that is classified as a historical monument. Its museum is a testimony of the local artists of the region. Be sure to get in the medieval tower; from there the view of the bay is breath-taking.

The beaches of Cannes 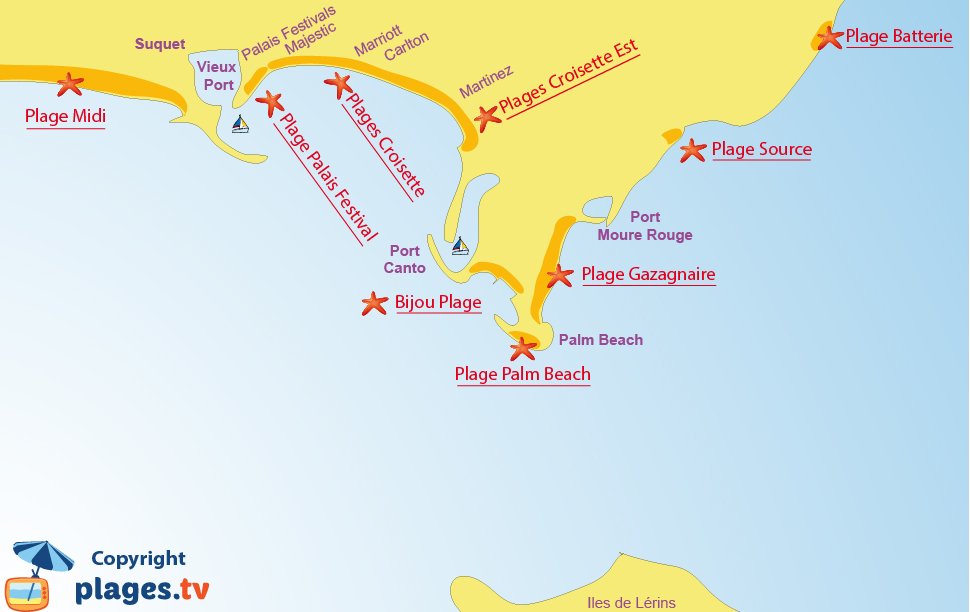 Cannes’ nine beaches are made of sand. The most central are around the Palais des Festivals but parking is difficult. However, the beaches around the Pointe Croisette have free parking.

The beaches around the Palais des Festivals in Cannes 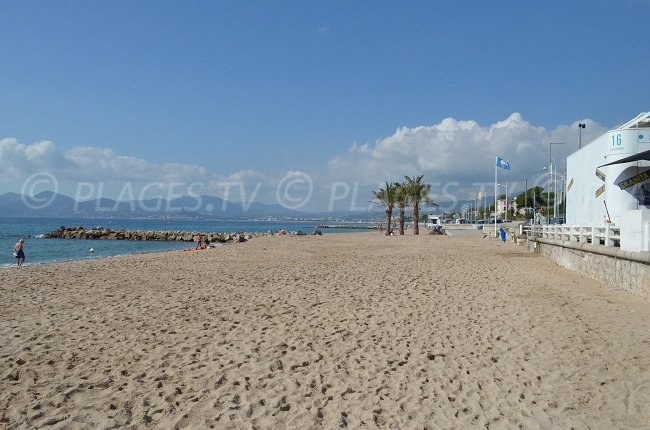 To the west, the Midi beach extends to Cannes la Bocca. The nearest part to the Vieux-Port is the largest. There are some beach restaurants that are reasonably priced (compared to other beaches). Near La Croisette, Palais des Festivals Beach is public and is arguably one of the most enjoyable. The beaches of the Croisette are 90% private and are often under concessions from major palaces (Majestic, Marriott, Carlton and Martinez). 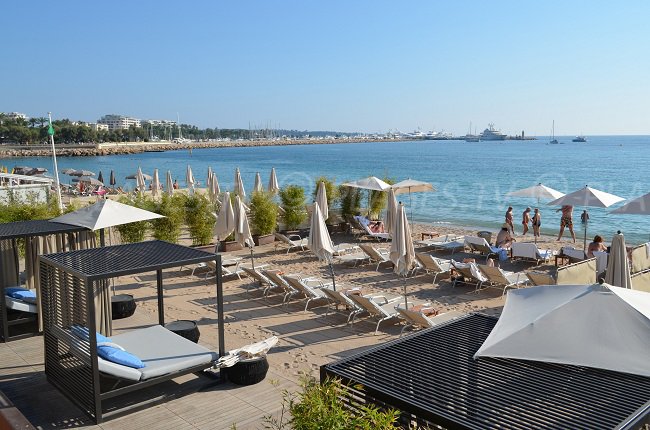 Observe the bed on the beach of the Martinez in Cannes. The price per day is different from a conventional sun bathing!
Public beaches of the Croisette are at the opposite ends. 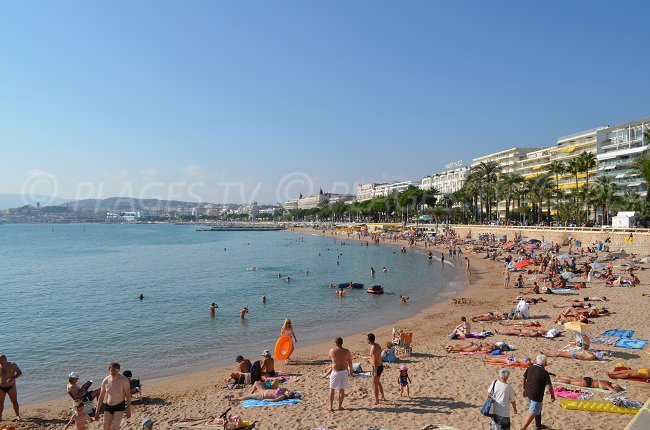 The beaches around Pointe Croisette 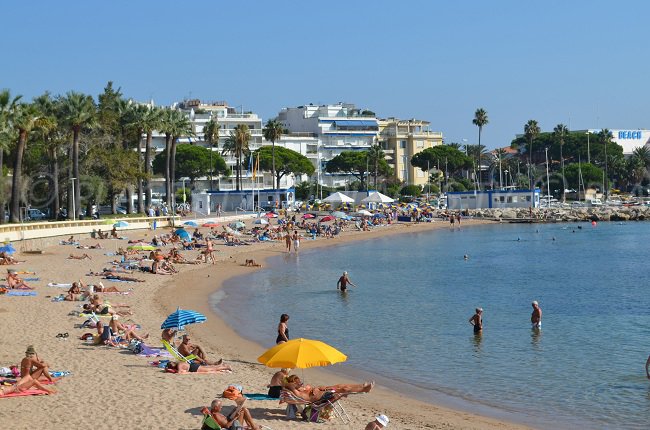 On the side of Pointe Croisette, there is Bijou Beach sheltered between the Canto port and the Palm Beach. A mix of private beaches and public beaches, it is labelled Handiplage. The beach of Palm Beach is located on the Pointe Croisette, facing the Lérins Islands. It is smaller than the previous but still very nice with a beautiful view of the islands (sandy beach but pebbles in the water). Note that since 2009, this beach is not naturist (prohibition of the town, only Batterie Beach is frequented by nudists). 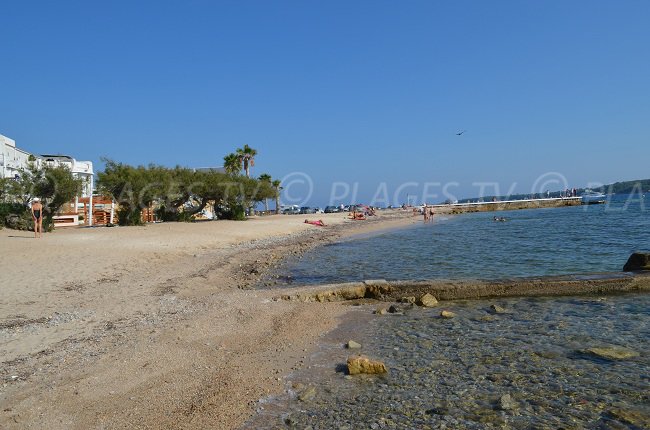 Gazagnaire Beach is located on the eastern part of Pointe de la Croisette. The nearest area to ​​Palm Beach is the largest (as you move towards Port Moure Rouge, the beach narrows). The advantage of the Pointe de La Croisette beaches is a large free car park situated at the Palm Beach (parking in the city centre of Cannes will cost you around 2.7 € per hour). 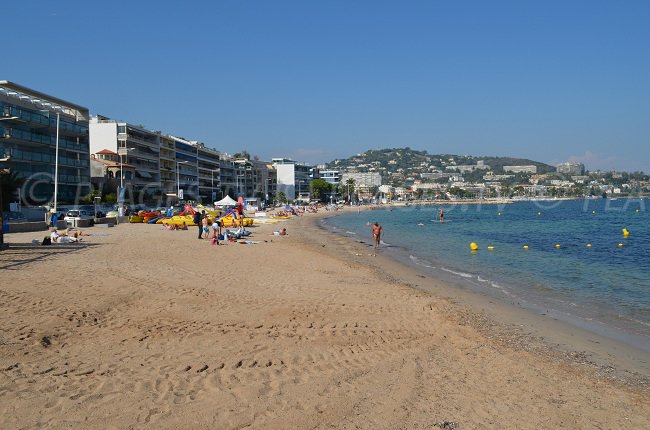 The islands off Cannes

Just across from Cannes, we find the Lerins Islands consisting of two main islands: that of Sainte-Marguerite is the largest and that of Saint-Honorat is private and home to a monastery (you can visit there, it is open to the public). You can go on Sainte-Marguerite island, covered with a forest of eucalyptus and pine and with lovely sandy beaches on which you will have no trouble imagining that you are far away from your everyday life! You can board the boat at Quai Laubeuf and the crossing is free for children under 10 years. 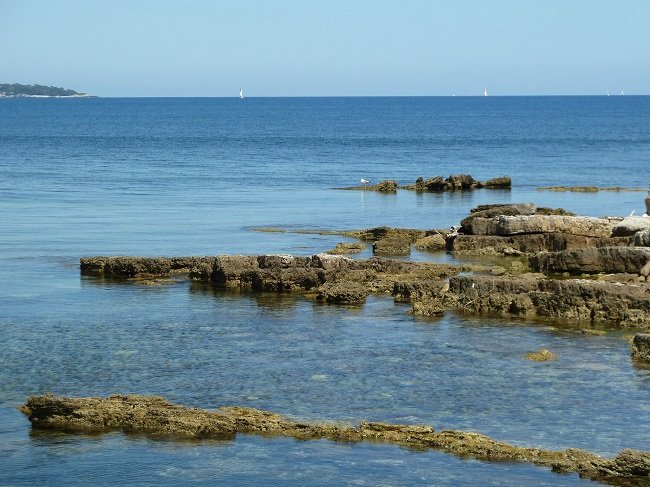 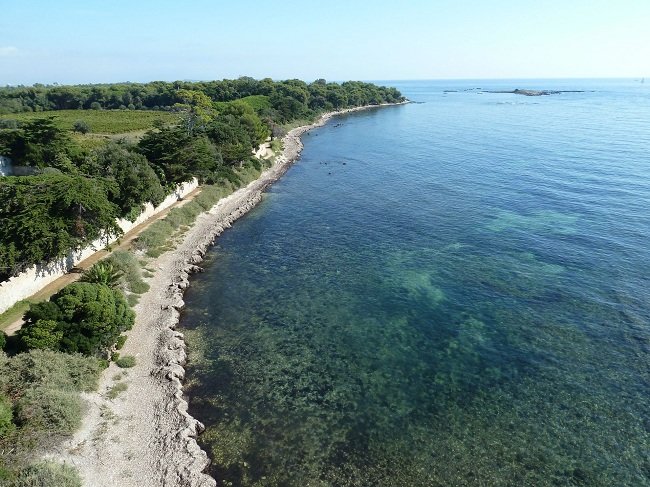 Film City, the famous small train takes you to all the places that have made Cannes a capital of the 7th Art, from the Majestic Hotel to the Palace! Port Canto quays, there you can admire the yachts and the luxury boutiques that adds to the charm of the city!

The bay is also the perfect place to watch the fireworks which are numerous during the summer season. On average, 200,000 people attend each event. Cannes is really a city to discover! 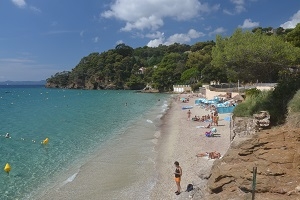