Small seaside village located in Charente-Maritime, Fouras enjoys a privileged location on the French Atlantic coast, between La Rochelle and Royan in front of the beautiful island of Aix ! 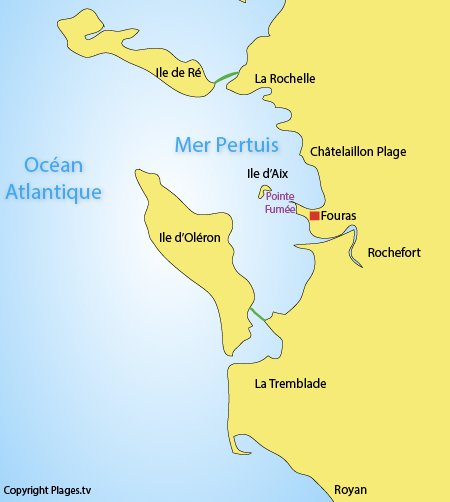 Map of Fouras with the three main cities of Charente-Maritime

Very family, the city belongs to the territories of « Rochefort Ocean, the country of Fort-Boyard ». Fortified and surrounded by moats several centuries ago to prevent the passage of the enemy through the mouth of the Charente, it has three forts, that of Lapointe, the Aiguille and the Enet. The first, erected in 1673 was destroyed and rebuilt in 1757. It can not be visited but can be observed from the sea ! 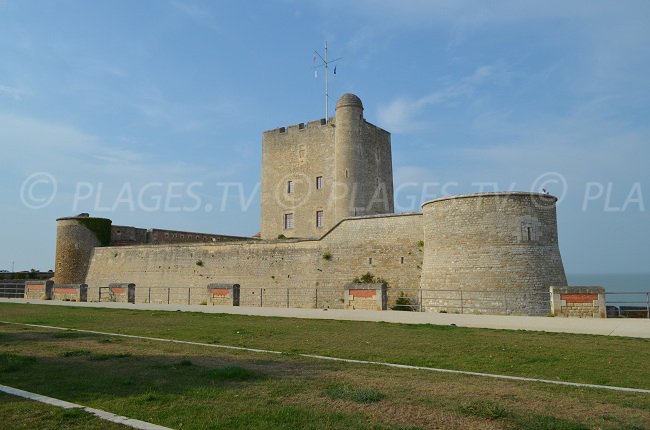 Fort Vauban of Fouras on the seafront next to the West beach of the seaside resort.

Fouras : starting point for Fort Boyard and the island of Aix 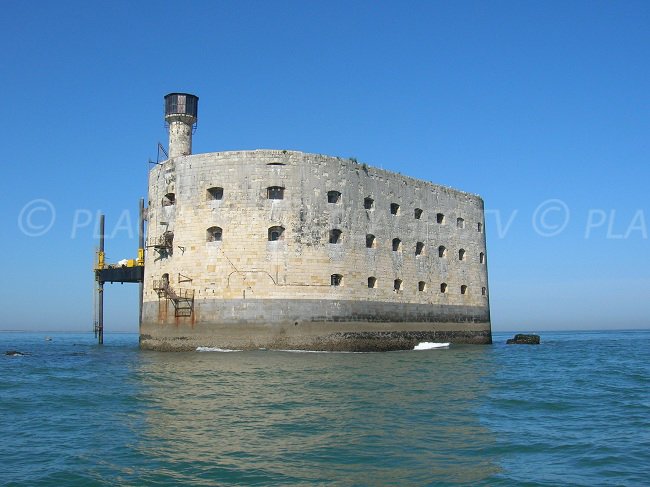 Fort Boyard off Fouras and the island of Aix

The main interest of the municipality, are cruises ! It is here that leave most of the shuttles who will pass by the famous Fort Boyard ! Many visitors are disappointed that thay can not enter, search for its secrets and watch the filming locations of the famous TV show ! But the one-hour trip is already very satisfactory, around this colossal buiding and the island of Aix.  Usually it is at the return that the boat will go to Fort Enet which protected like his brothers the arsenal of Rochefort. Other routes are possible, around the oyster culture and the four islands that make up the landscape. The marshes and their amazing wildlife and the discovery of the Côte of Oléron are also part of the journey !

On the mainland, it will go through Place Carnot and the fish market, opened every morning ! Fouras also has 5 beach oriented in all directions thanks to its peninsula situation. So, you will fall in turn on acalm, wild, lively, sporty atmosphere …there will be something for everyone ! 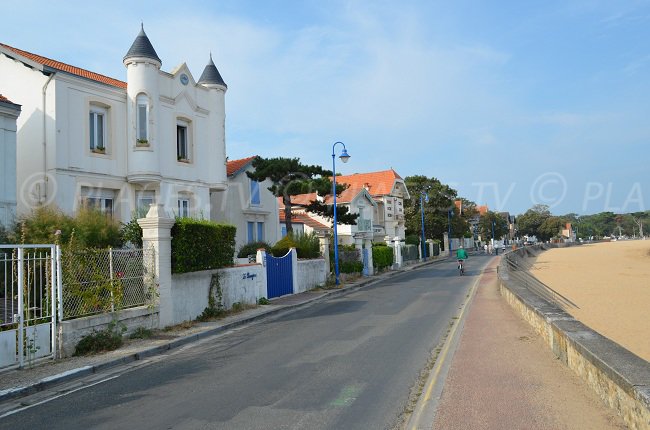 It is from the North beach that you can admire the beautiful villas of the 20th century which testifies to a time when the sea baths were run by the great of this world ! Above the large beach, a pleasant walk offers a beautiful view of the bay and allows you to rest in the shade of oaks. 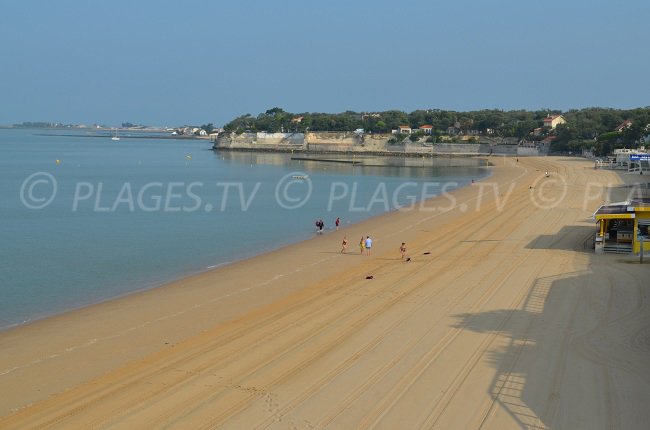 The West beach, central and close to a bustling promenade with many bars and restaurants, the most popular during the summer season. We can enjoy from it a beautiful view of Fort Vauban and of the nearby islands.

The island of Aix : between walks and beaches 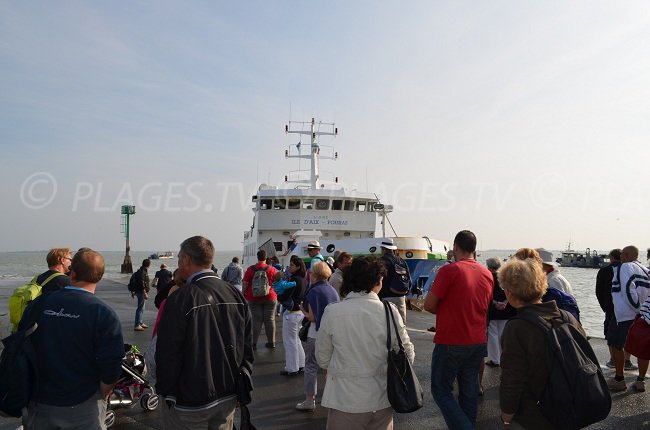 The tip of La Fumée will delight fans of fishing on foot, the corner is very famous ! It is also from there that the boats will take you to the island of Aix. It is part of the Ponant islands and welcome 300, 000 visitors each year ! 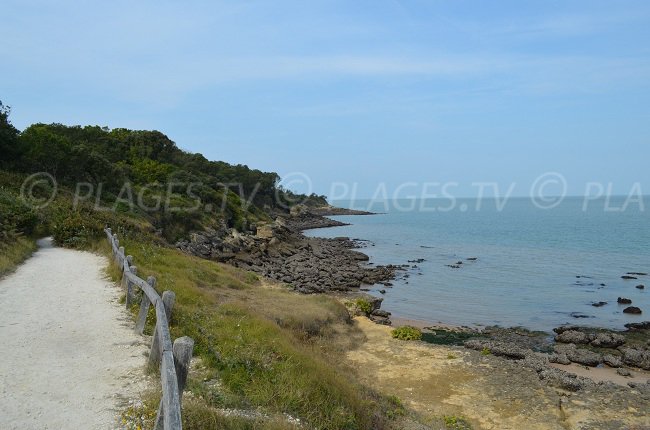 A path of the island of Aix by the sea

Here, it is on foot or by bike that it happens, unless you prefer the carriage, the means of locomoton of the island ! A nice walk of 3 hours allows to go around and contemplate the two forts (that of la Rade and Liedot) located on either side and cross the small picturesque village and cobblestone streets. Creeks and beaches on the island of Aix allow you to relax among the cliffs. Be careful not to forget to take good shoes., rocks and shells are legion on the beaches ! We only join it by boat via the company Fouras-Aix. The crossing lasts 30 minutes and the island also has three museums.

The island of Oléron near Fouras 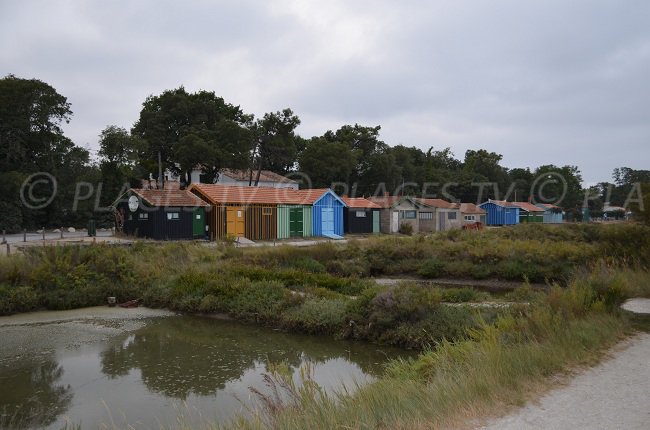 Oyster huts on the island of Oléron – Fort Royer

The island of Oléron, on the « Oyster Trail » allows you to observe the oyster huts and their bright colors and make beautiful walks, mainly by bike. It is the second largest French island after Corsica. Start with Saint-Trojan, the town of mimosa and pines and walk its 100 km of beaches ! A viaduct connects the island to the continent, beware of traffic jams during the summer ! On site, do not miss the citadel, the gate of Ors, of Dolus, the ramparts, the port and the sleeping bridge, majestic !

You can also go further south on the Royan side at the entrance of the Gironde estuary and facing the Atlantic Ocean. 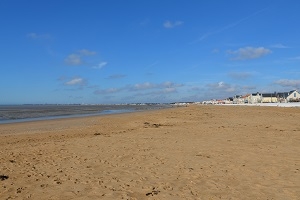 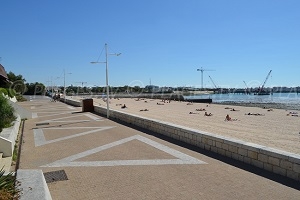 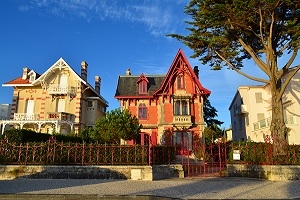 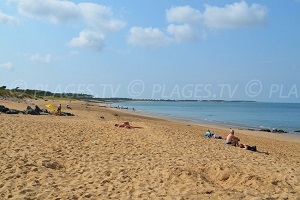