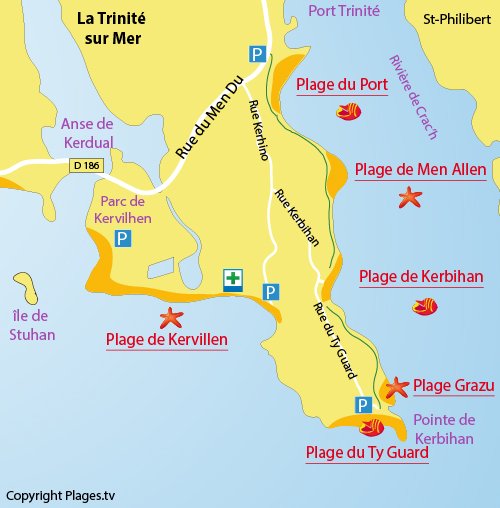 Our opinion on the Men Allen Beach

La Trinité sur Mer’s Men Allen Beach is only accessible via the coastal trail (some roads allow you to get near but it is impossible to park). This beach is divided into two zones, on either side of the point. The area on the right is not very interesting because it is composed of rocks. On the other hand, the zone to the right is very pleasant with a beautiful sandy area. In addition, it can be used at low tide.

The easiest way to get to this beach is to park at the port of La Trinité and then to take the customs trail heading for Kerbihan point. It is the second beach that we meet on the way (visible from the harbour, at 400 meters). It is also possible to reach it by the rue Port Biren (but impossible to park) or by rue de Men Allen (but again impossible to park).

Characteristics of the Men Allen Beach

Photos of the Men Allen Beach 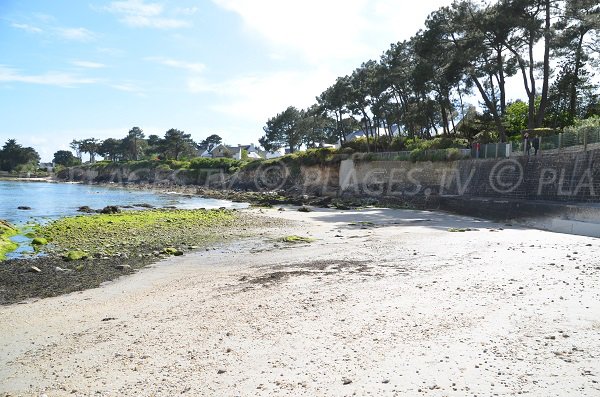 We are on the right part of this beach of La Trinité. There are many rocks on this area making swimming difficult at low tide. 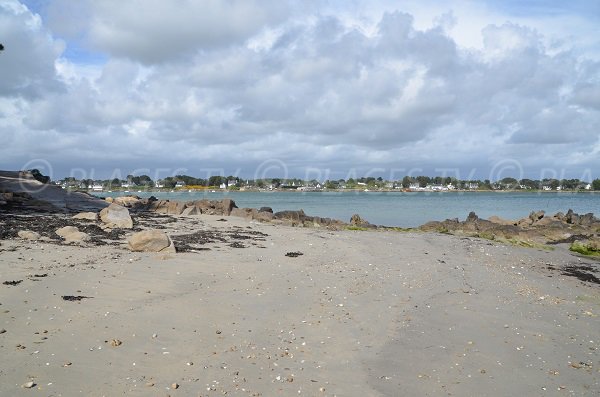 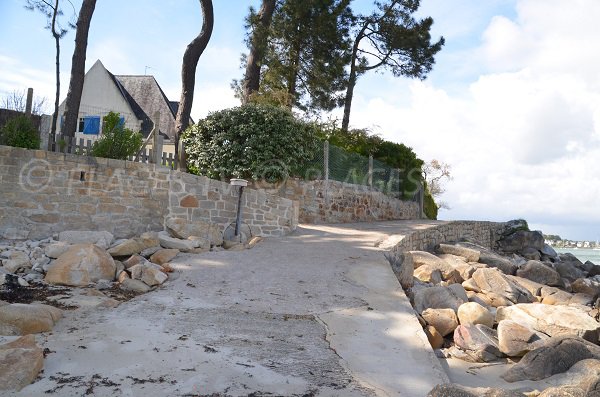 Continuing on the left via the coastal trail, you arrive on the second part of this beach which is more interesting. 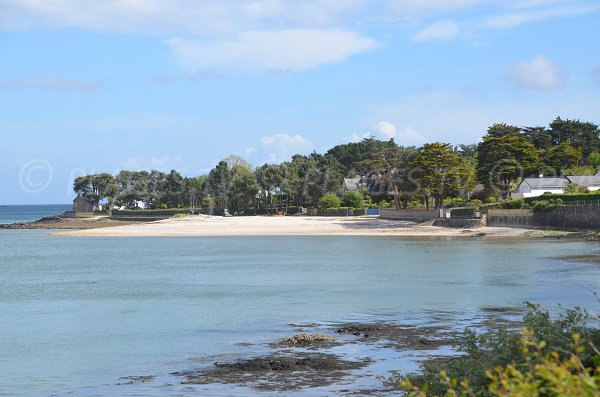 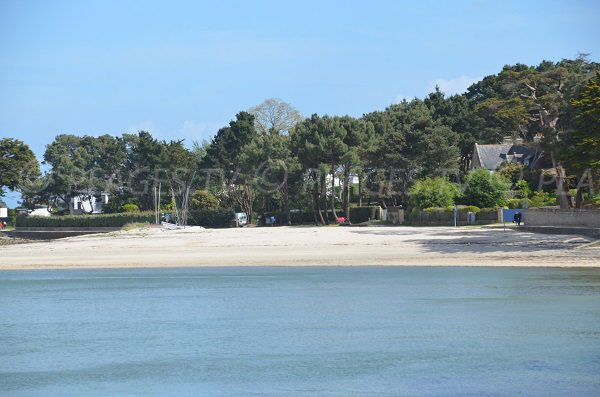 Interactive map of the beaches of La Trinité-sur-Mer 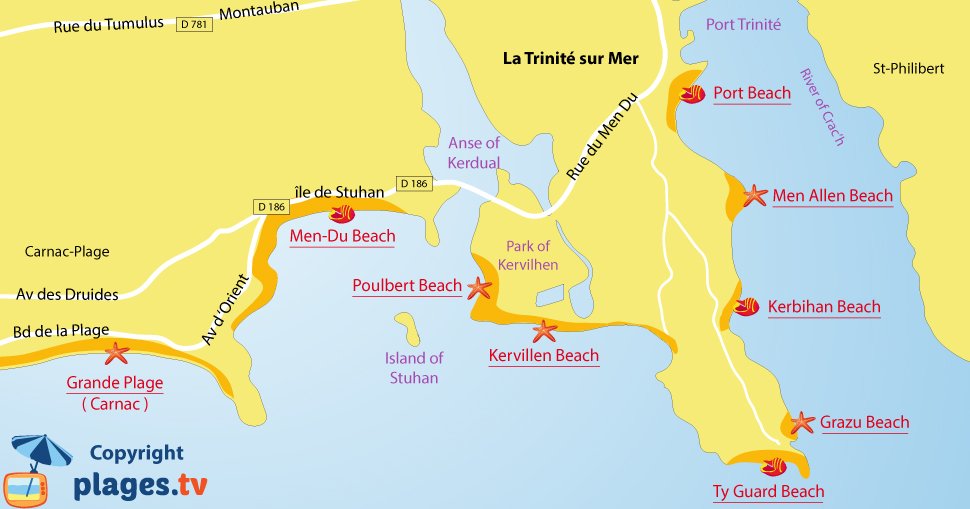 All beaches at La Trinité-sur-Mer

Beaches near the Men Allen Beach:

Your opinion on the Men Allen Beach 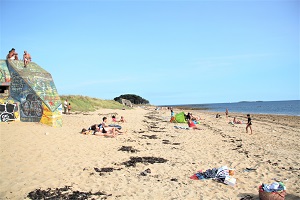 Facing the Quiberon peninsula, in the natural reserve of Saint-Pierre ... 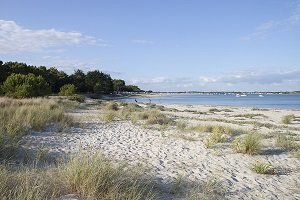 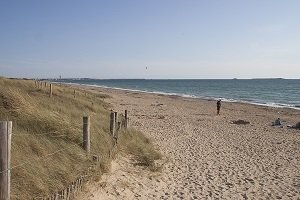 Mané Guen is Plourharnel’s southernmost beach and the closest to the Quiberon ... 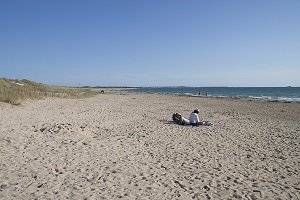 Strangely enough, Mentor’s beach is not a well visited site. No doubt because ... 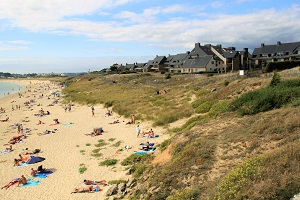 Arzon is a small seaside town on the Gulf of Morbihan, in Brittany. It is ...