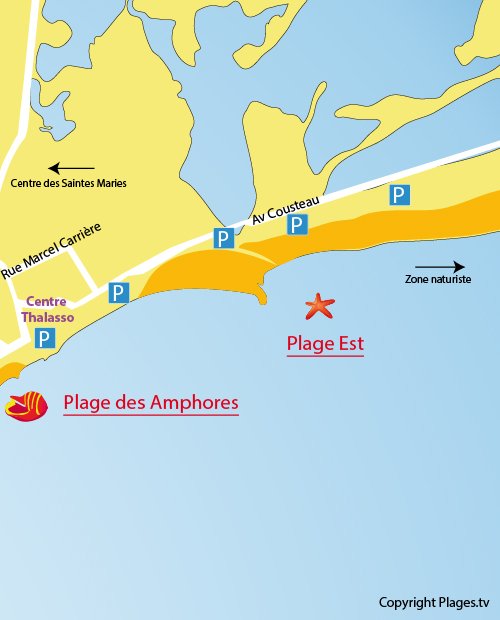 Our opinion on the Eastern beach

The Eastern beach of Saintes Maries de la Mer is the wildest beach of the Camargue resort. The beach stretches for several kilometres to the east of the city centre towards Beauduc. Between sea and lakes, this site is located in the Camargue’s Game Reserve. The area closest to the city centre (around the spa centre) is family oriented. It is even under surveillance during summer. There are nudist areas 1 km after the start of the dike. Dogs are allowed after the dike.

From Saintes Maries de la Mer, you will find a paid car park after the spa centre (and an area for campers after the bridge of Pertuis de la Fourcade. From there, it is a large expanse of sand for several kilometres; almost desert dunes! However, access by car is impossible (no cleared track), possible access only on foot or by bicycle. You need to go through the dike to the sea, through which you can reach the Gacholle lighthouse (also accessible by car from Salin de Badon – heed the 4 km trail to access the Countess car park in a bad state).

Characteristics of the Eastern beach

Photos of the Eastern beach 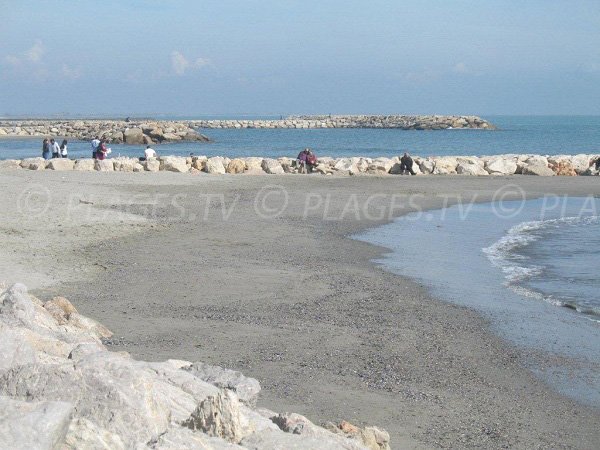 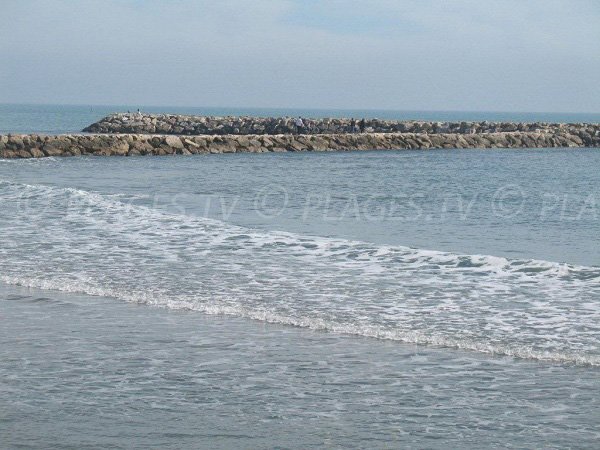 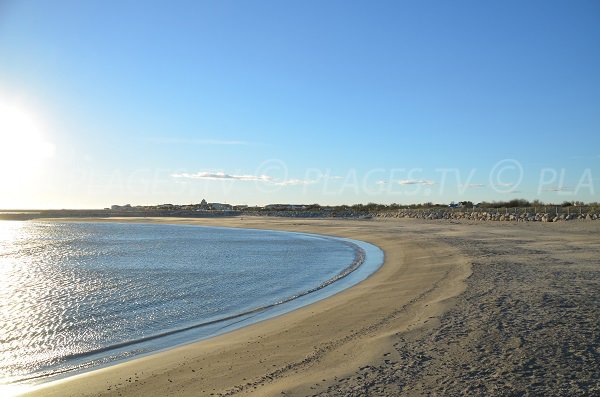 From the Eastern beach, we have a beautiful view of the centre of Saintes Maries de la Mer. 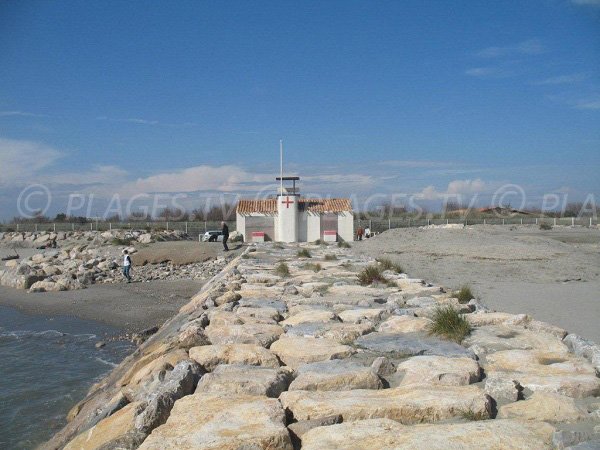 200 metres after the spa centre, there is a monitored beach. 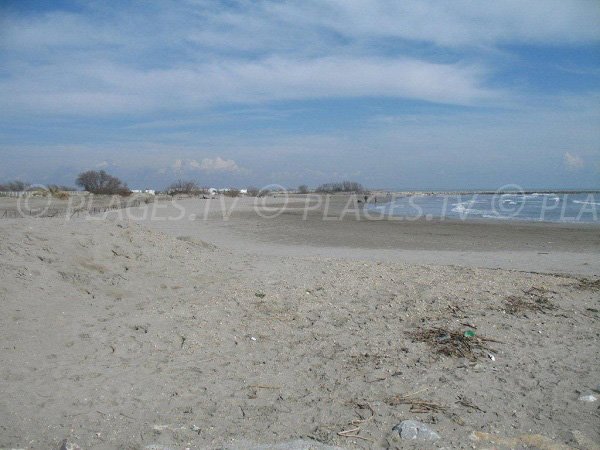 After the Pertuis de la Fourcade Bridge, the eastern beach of Saintes Maries de la Mer becomes wild. On the right we can see the roofs of campers (specially equipped area). 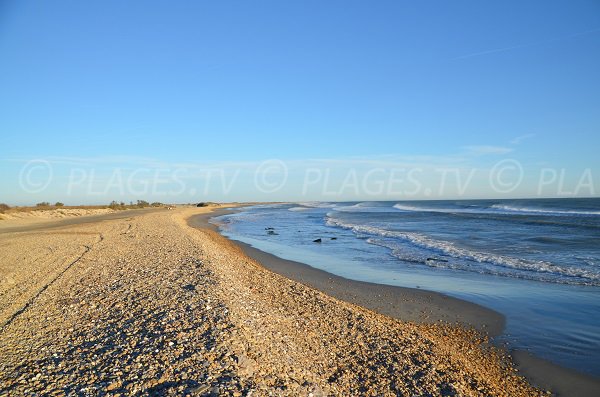 Interactive map of the beaches of Saintes-Maries-de-la-Mer

All beaches at Saintes-Maries-de-la-Mer

Beaches near the Eastern beach:

Beach of the Arenas

Users rating given to this beach:
4.7/5, based on 7 users
We do not yet have any opinions in English; the ratings are calculated with the opinions in all languages.

Your opinion on the Eastern beach 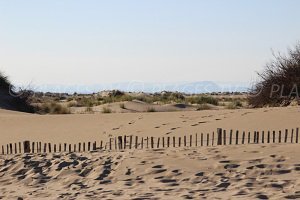 Espiguette Beach is located to the south of Port Camargue and Grau du Roi. ... 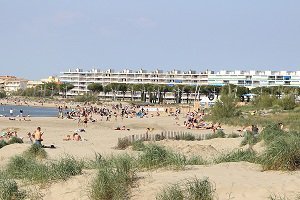 North Beach in Port Camargue is located on the right shore of the harbor and ... 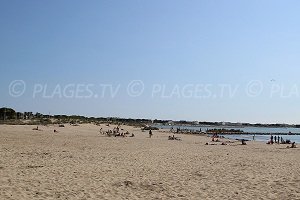 Rive Gauche Beach in Grau du Roi extends from the canal Rhone à Sète to the ... 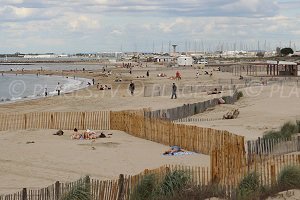 South Beach in Port Camargue is located behind the harbor and the marinas. ... 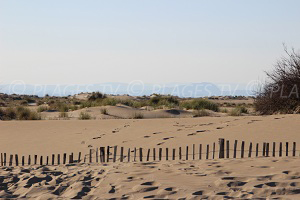 Port Camarge is found to the south of the seaside resort Grau du Roi in France. ... 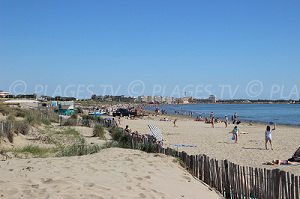 Located in the department Gard, the seaside resort Grau du Roi is an old ... 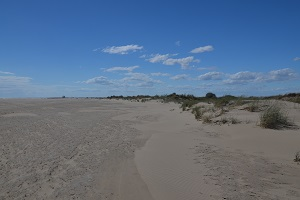 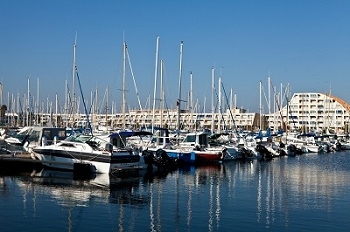 With its specific architecture, La Grande Motte has taken the label Patrimoine ...