Information on the seaside resort of La Grande-Motte (34280) 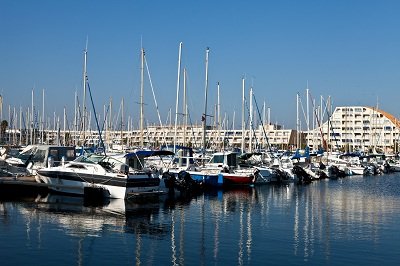 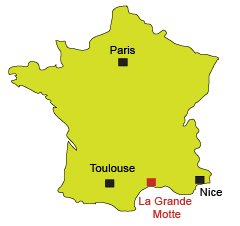 The symbol of seaside destination development on the coast of Languedoc Roussillon, La Grande Motte proposes several things and beautiful sand beaches. With its specific architecture, La Grande Motte has taken the label Patrimoine (Heritage Site) of the 20th century. This destination is oriented toward tourists and here we can practice golf, all sorts of water sports, tennis and also relax in the thalassotherapy center.

La Grande Motte offers seven kilometers of fine sand beach with several dune spaces and green area. Its beaches are adapted for families with children thanks to the large beaches and progressive shallow to deep waters. This area also has the label of Pavillon Bleu. We also find kitesurfing channels.

Note that all the beaches of La Grande Motte slightly incline from the water which is agreeable for families with children.

With the many entirely pedestrian areas, La Grande Motte offers a secure setting. Downtown, we will find several shops and restaurants, cafes, clubs and a casino. Many zones are equally handicap accessible.

Interactive map of the beaches of La Grande-Motte

All beaches at La Grande-Motte 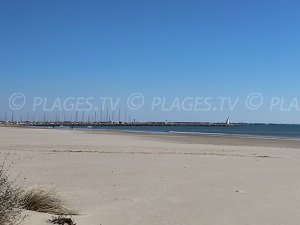 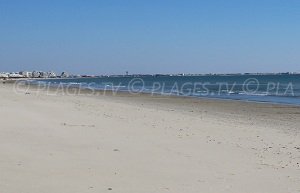 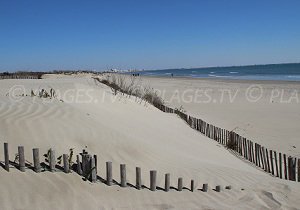 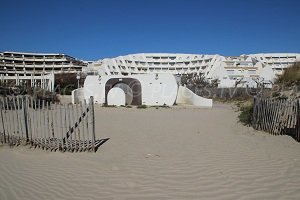 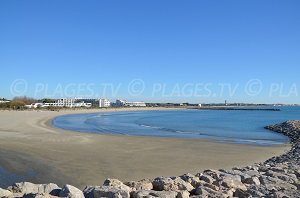 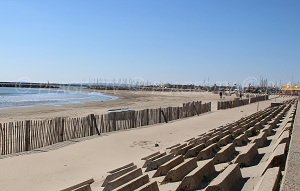 Users rating given to this resort:
2.6/5 based on 5 users
We do not yet have any opinions in English; the ratings are calculated with the opinions in all languages.

Your opinion on the resort of La Grande-Motte 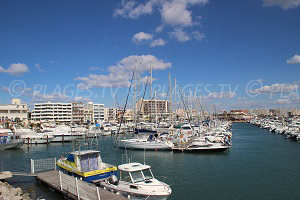 The seaside destination Palavas-les-Flots is the oldest on the coast near ... 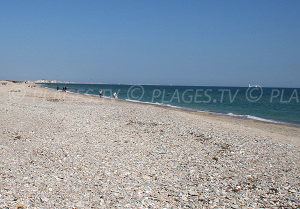 Villeneuve-lès-Maguelone is famous for its long wild beach by the ponds between ... 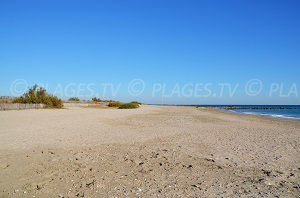 The seaside resort of Frontignan is located northeast of Sete in South of ... 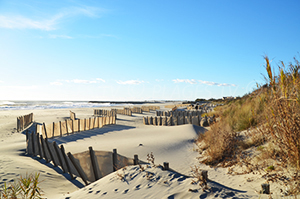 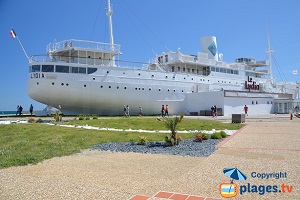