Information on the seaside resort of Bray-Dunes (59123) 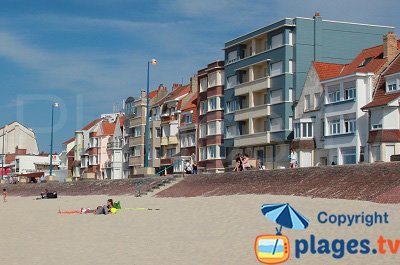 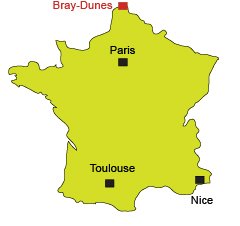 Bray-Dunes is a seaside resort located in the department, Nord that borders Belgium and is about fifteen kilometers from Dunkerque.

It is known for being the northernmost city in France. We find a large beach here that is 10 kilometers long. It is divided into several sectors. In the center, during the summer, we find three first-aid stations. The two ends are bordered by beautiful dunes that are protected by natural sites (Dunes du Perroquet and Marchand). Long ago, it was a simple fisherman's village, and since the 1970s it has become a great animated destination from spring until autumn. Here, people practice sand yachting and hiking trips are organized in the dunes filled with dune grass.

At low tide, people go out on the fine sand to admire three shipwrecks, two of which are found near Zuydcoote Beach. We can also join Leffrinckoucke beach by a path in the dunes. Among the things that tourists most appreciate is a visit to the Natural Reserve of Marchand Dune and the German blockhaus on the beach and the discovery of the old train station.

Dogs are tolerated on the different beaches, outside of school vacation (during vacation, they are allowed outside of swimming zones – that is to say, on the Perroquet and Marchand beaches).

The surroundings also deserve a look. Bray-Dunes is surrounded by several calm, authentic resorts, but also by the cities Calais and Dunkerque that are waiting to be explored! It would also be worth your time to take a trip to Belgium and enjoy its nice landscapes.

Interactive map of the beaches of Bray-Dunes

All beaches at Bray-Dunes 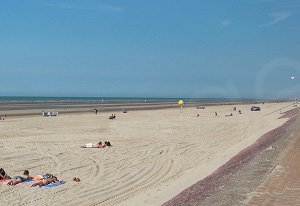 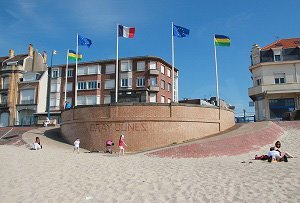 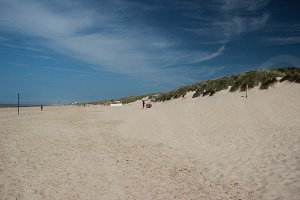 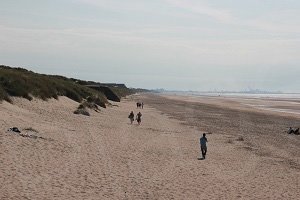 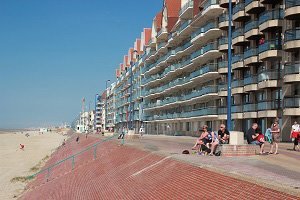 Your opinion on the resort of Bray-Dunes 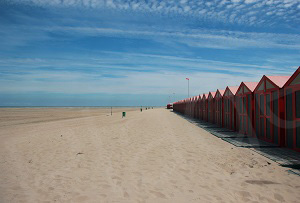 Gravelines is a resort located in the department of “Nord”, about twenty ... 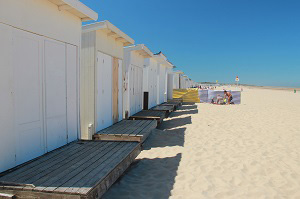 Calais is known for its rich heritage and beach, one of the most touristic on ... 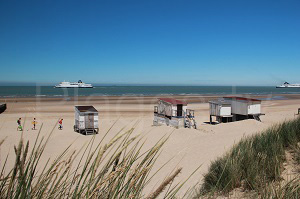 The little seaside destination of Sangatte is located in Pas-de-Calais on the ... 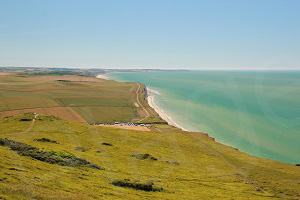 Escalles is a small village on Côte d’Opale nestled in a pretty valley, just ...

Formerly a large passenger and commercial port, the village of Wissant, between ...

Calais is known for its exceptional heritage and coastline, it stretches to one ...