Information on the seaside resort of Asnelles (14960) 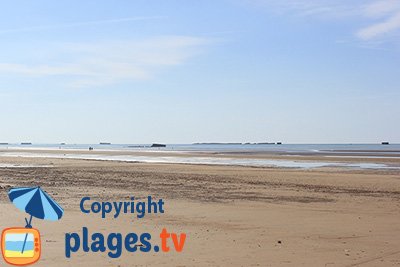 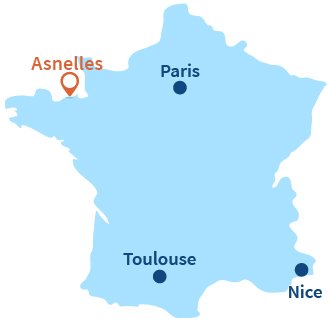 With its 400 inhabitants, the seaside resort of Asnelles in Calvados could go totally unnoticed. Situated in the sector of the beaches of the Landing , it is here that the 231st infantry Brigade landed on June 6, 1944 i the early morning. The next day, the construction of the artificial port of Arromanches started (the port ended at Asnelles). We can see from the beach of Asnelles, the remains of the artificial port off the Channel. Few shops at Asnelles, there are mainly secondary houses and a beautiful sandy beach. The view on Arromanches and on its green cliffs are beautiful.

Just one beach at Asnelles, probably one of the most beautiful of Calvados in the sector of Arromanches. At high tide, only the east side beach remains. It is bordered by some dunes. As soon as the sea goes down, a huge sandy beach is discovered from Arromanches les Bains to Asnelles going by St Come de Fresné. A beach renowned for swimming, especially for children, with a calm water, little deep and especially monitored in summer. The west side view is sumptuous with the cliffs of Arromanches in the background. The debris of the artificial harbor brings a surreal side.

Tourism around Asnelles is very much oriented World War Two with many museums, the american cemetary (Colleville sur Mer) and many monuments.

Interactive map of the beaches of Asnelles 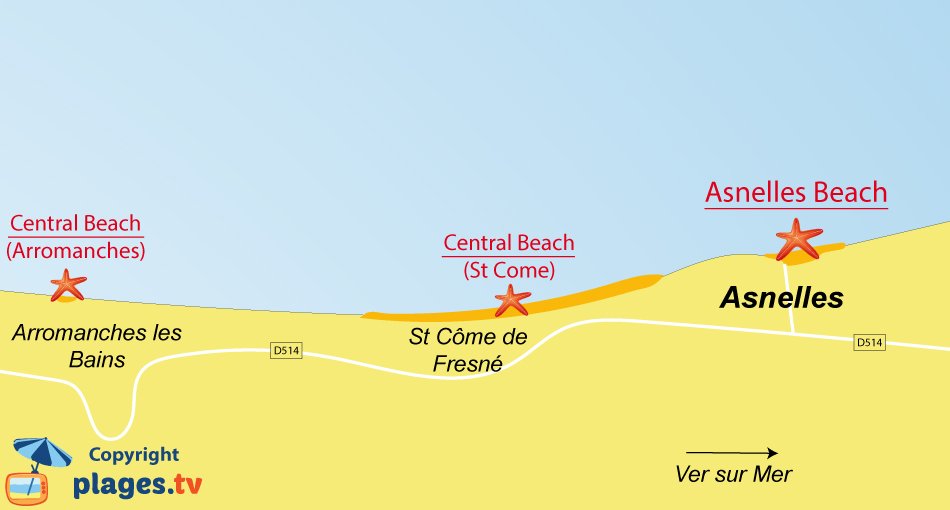 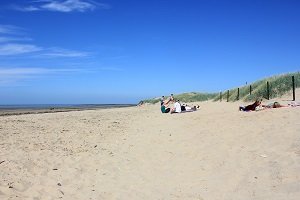 Your opinion on the resort of Asnelles 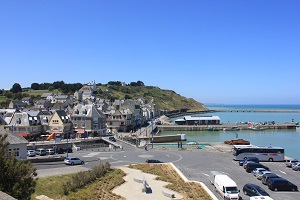 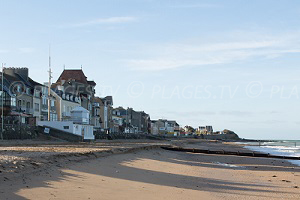 The small seaside resort of Saint-Aubin-sur-Mer, in the Calvados, is a town ...