Information on the Croisette Beach in Cannes (France)

Description and location of the Croisette Beach in Cannes (06400) 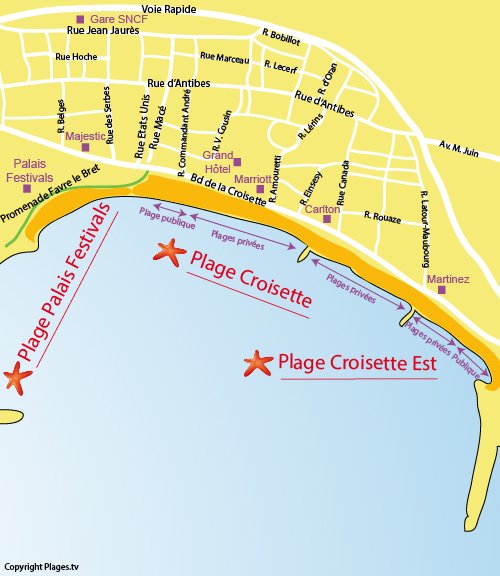 Our opinion on the Croisette Beach

All along the Croisette we find many sand beaches. Only on two sides are there equipped public beaches. The rest are private. Croisette beach in Cannes is free on the west end, the area closest to downtown and the Palais des Festivals (see the map). It is situated between the private beach Goeland and the B-Sud Beach across from the Majestic (not that we can also find a city beach between these two in June-August).

Because of its central position, this beach is one of the busiest of Cannes. Close by is the Palais des Festivals Beach and it offers a good alternative even if it equally as busy.

As for the other beaches, parking is expensive (2.70 euros/hour). During the summer there are nights with fireworks due to the pyrotechnic festival of Cannes. This beach is sought out because the fireworks are launched from the Bay of Cannes.

Characteristics of the Croisette Beach

Photos of the Croisette Beach 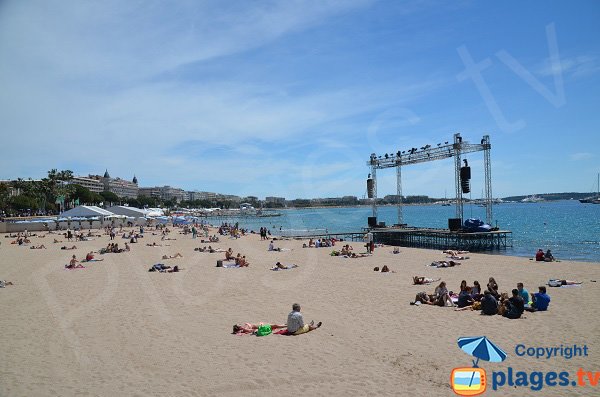 We are on the Croisette Beach in the only public zone near the Palais du Festival. This picture was taken during the Cannes Film Festival. 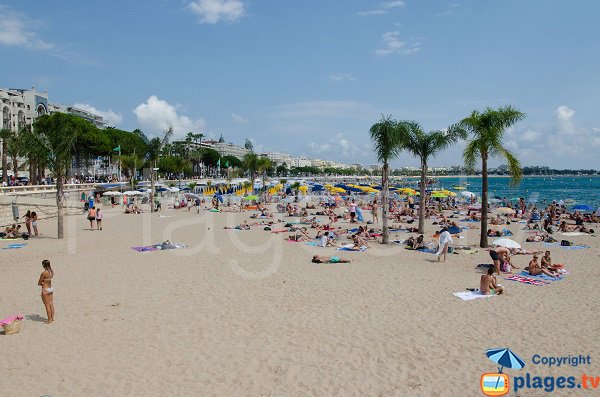 In the summer the ambiance is different since there palm trees give an exotic feel and the new private beach reduces public space. 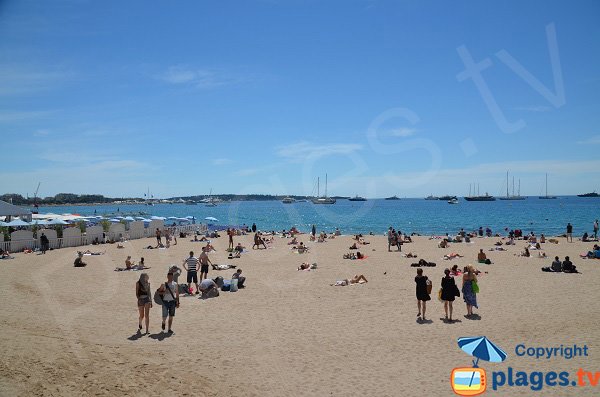 On the left is the first private beach. Across are the Lerins islands and Sainte-Marguerite. 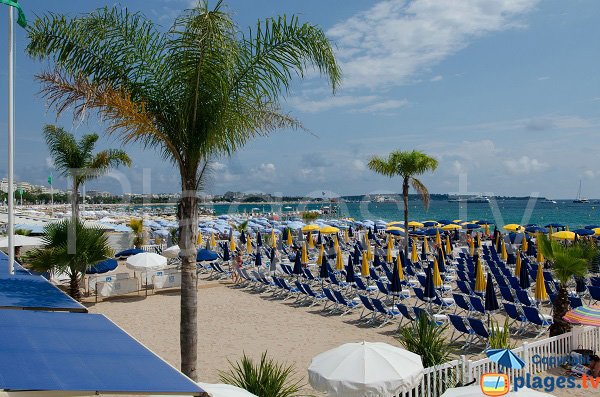 In the summer a new private beach is added. 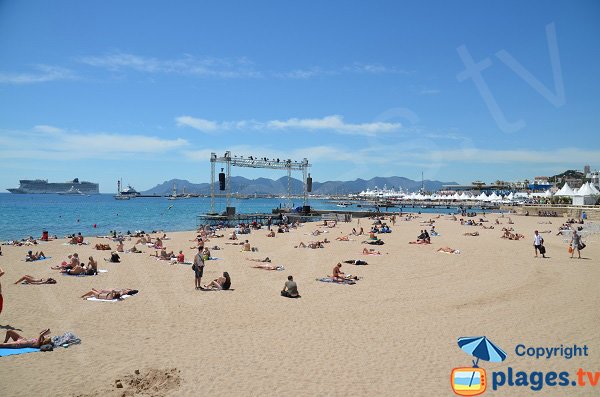 On the right is a nice view of the palace and in the background is the Esterel where we find many creeks which contrast with the beaches of Cannes. 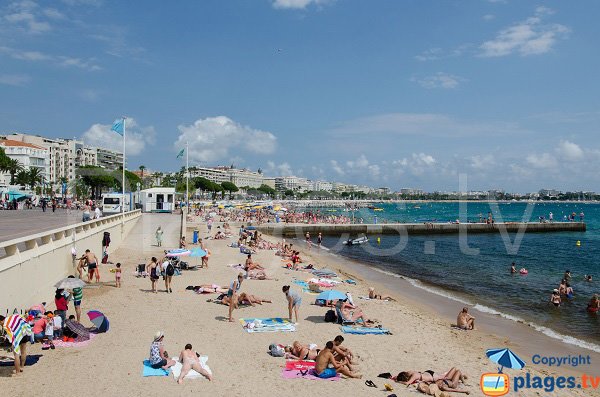 There is a first-aid station in the summer near the palace. The beach is prolonged on the right side to the private beach. It becomes more narrow. 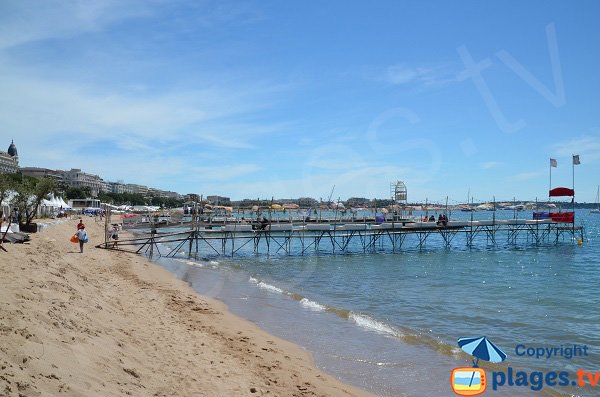 On the left is a succession of private beaches.

A few pictures taken out of season: 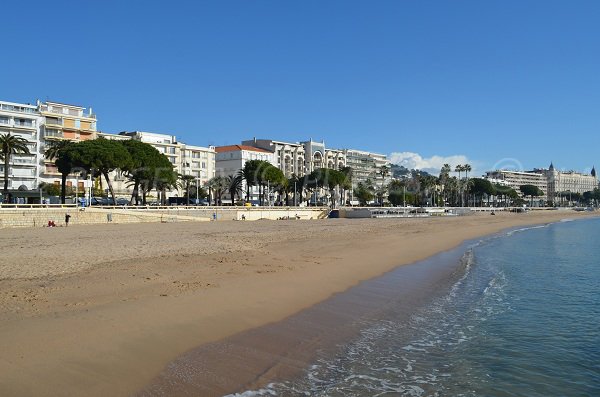 The public beach of Croisette is situated at the edge of Croisette – the part closest to the Palais des Festivals. 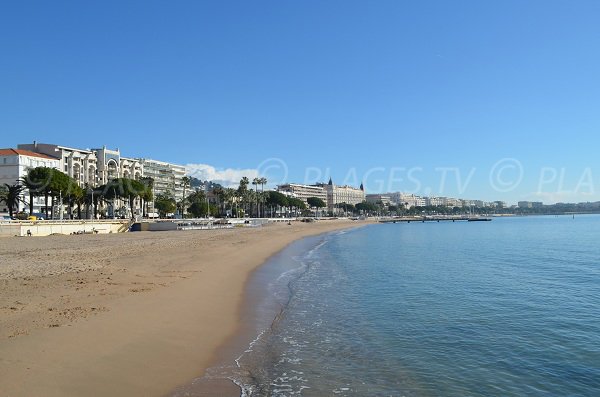 This beach extends along the Croisette and the Palaces. Only they edges are public. 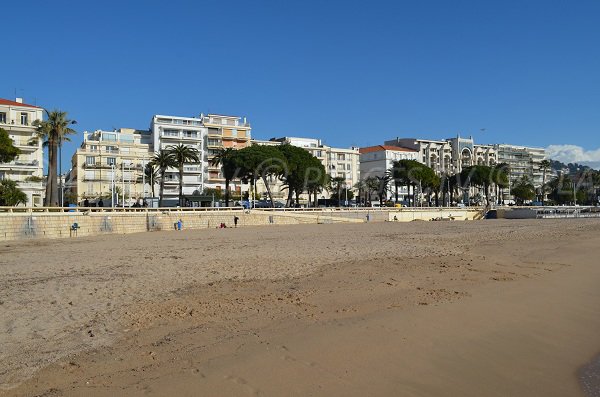 A nice width of sand is rare in the Alpes Maritimes Department and creates a nice public space. 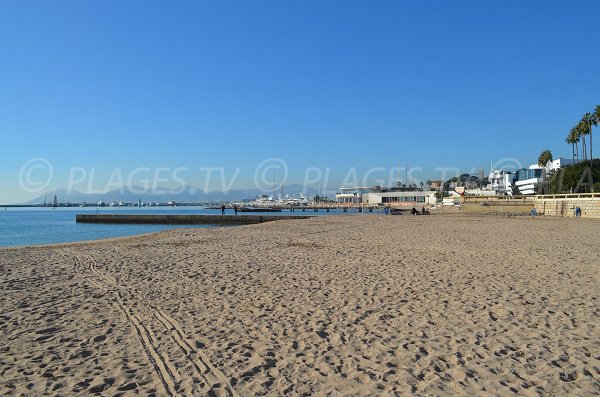 From this beach we can see the Cannes harbor and its Palais des Festivals on the right. In the background we can distinguish the Esterel (in the Var Department). 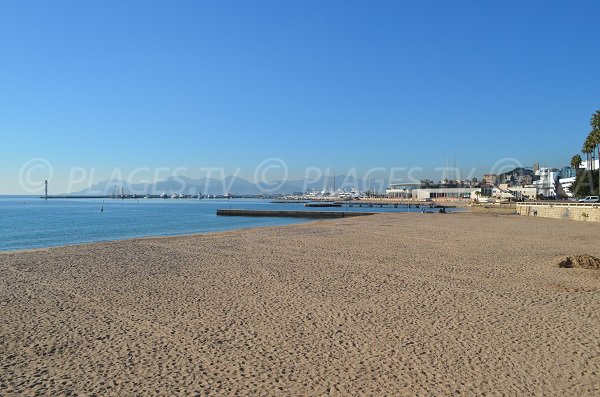 From the Croisette, this beach seems very vast. 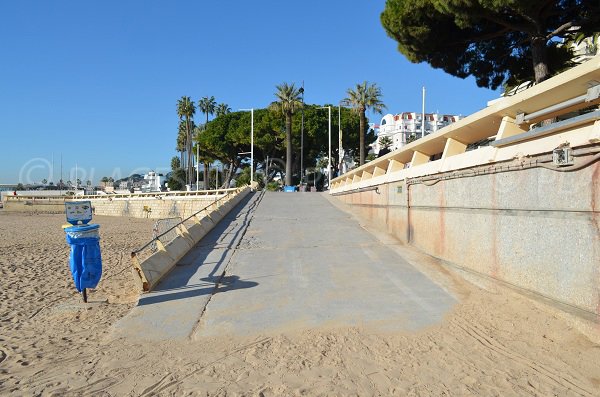 We can find a ramp access to this beach from the Croisette. Behind is the roof of the Hotel Majestic.

Interactive map of the beaches of Cannes 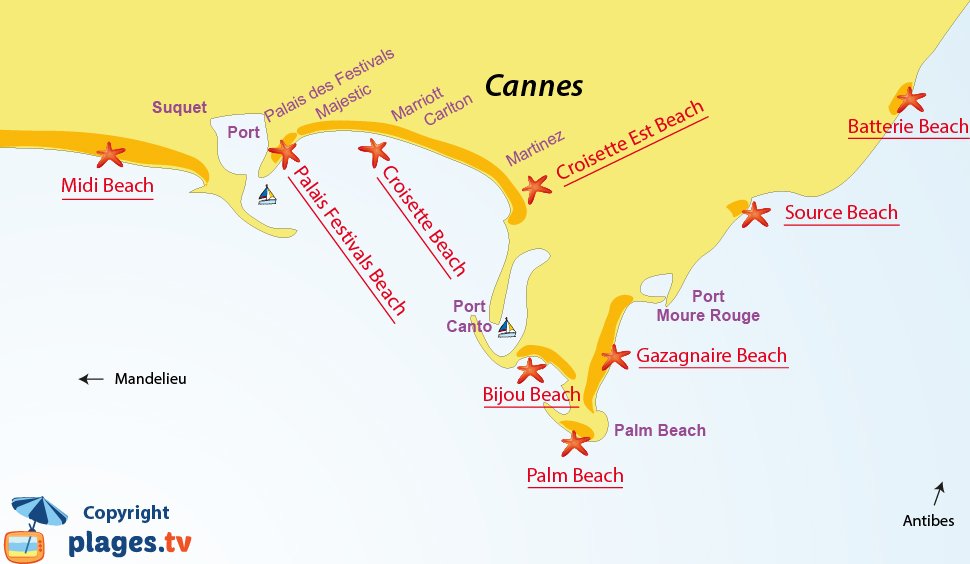 All beaches at Cannes

Beaches near the Croisette Beach:

Your opinion on the Croisette Beach 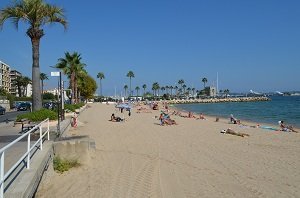 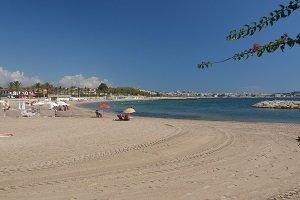 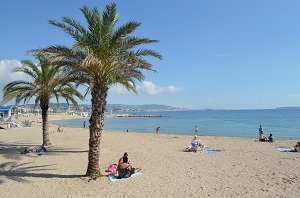 Dauphins Beach in Mandelieu is the easternmost beach in this seaside ... 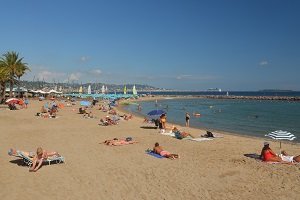 Sable d'Or Beach is located between the casino in Mandelieu la Napoule and ... 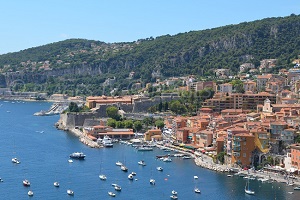 Between Nice and Saint-Jean-Cap-Ferrat is Villefranche-sur-Mer, a small medieval ...