Nice tour guide: from the beaches to the villages in the hinterland of Nice

Welcome to Nice, the fifth largest city in France with ten kilometres of coastline, 300 acres of greenery, 7.5 kilometres of beach, and incomparable sunshine; this is the first city where French people want to live! 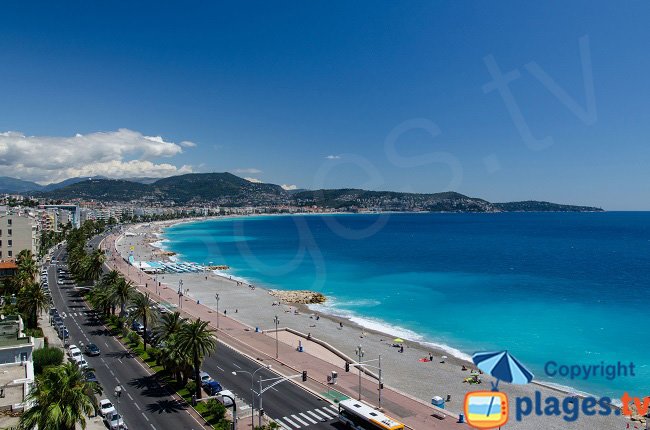 This is an overview of Nice by the sea in the direction of the city center. The tip of Cap Ferrat is on the right 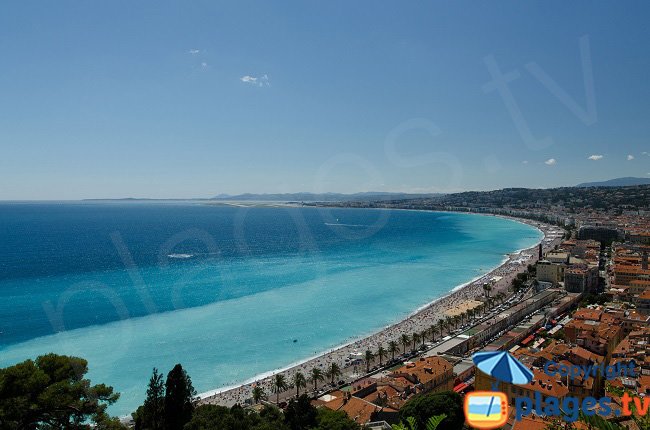 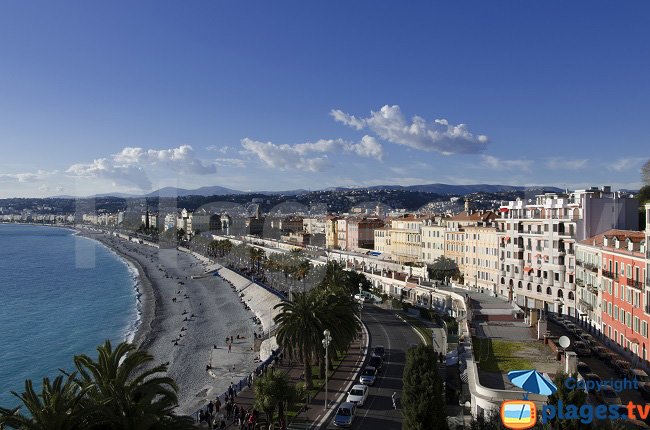 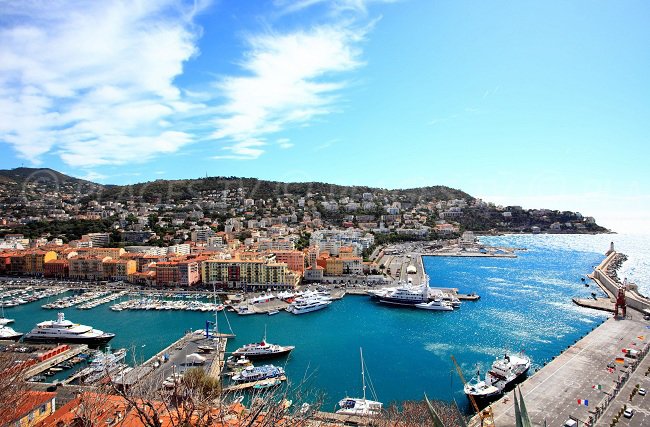 Nice is protected by the county hills on one side and the Mediterranean Sea on the other, the famous Promenade des Anglais and its pretty marina, and is the ideal destination in the southeast of France!

It is easy to reach from any city in France through the airport. But once there, one will have to rely on the train! The " Wonderland Train ", a rail journey linking Nice to Tende, near the Mercantour National Park, is one of the most beautiful in France. One will have the opportunity to travel around the surrounding valleys, exploring the hilltop villages of Peillon, Sospel, Breil or the Brigue, a good way to capture the beauty of this area before going to the beaches in Nice! 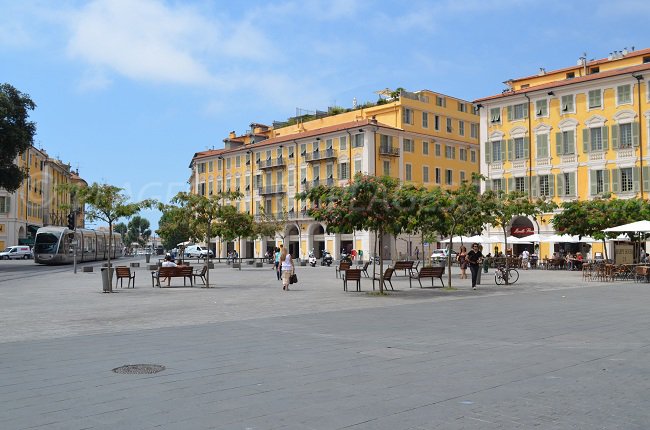 In Nice, Garibaldi, Massena and Rossetti squares are must see. They are elegant, with pastel-coloured façades surrounding them, terraces of ice cream parlours and beautiful paving; they are at the heart of the city and very lively. Stroll around the Promenade des Anglais, which was 150 years ago only a simple dirt road! It is mythical and stretches 8 km to the Baie des Anges, the ideal place to bike or rollerblade. In the district of Cimiez, one should go to the Arenas, which date from the first century BC. They once were the scenes of gladiator fights, and now they host the city’s various cultural events. 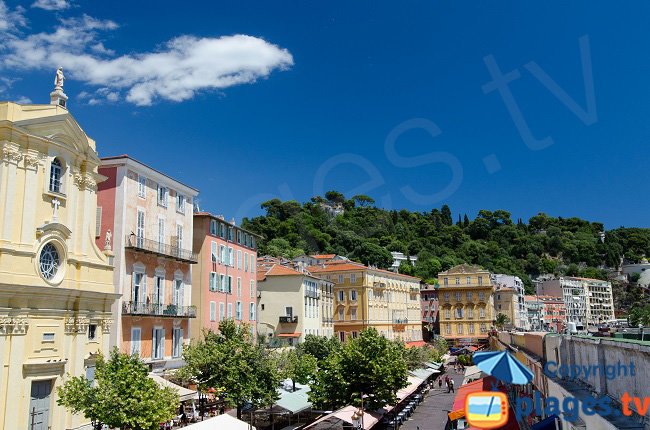 Do not forget to go to Old-Nice to enjoy the specialty of the region, socca. There are also small typical restaurants where one can enjoy a stew with dumplings or find many stores. Cours Saleya is also lively and has many pubs.

Baroque art has a strong presence in Nice, and can be enjoyed in the architecture of the Sainte-Reparate cathedral, located on Rossetti Square. 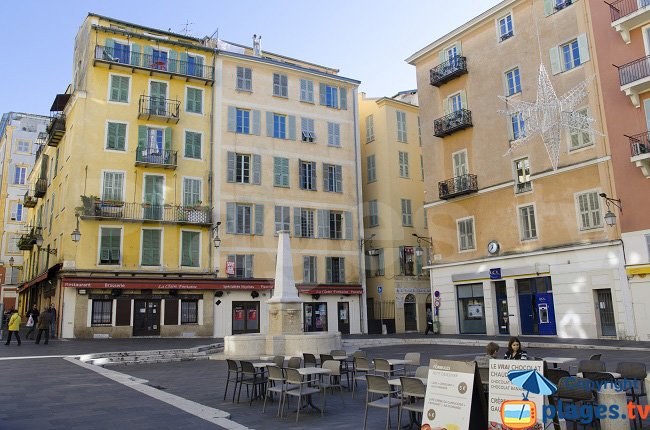 Rossetti Square in January, a square in the Old Town 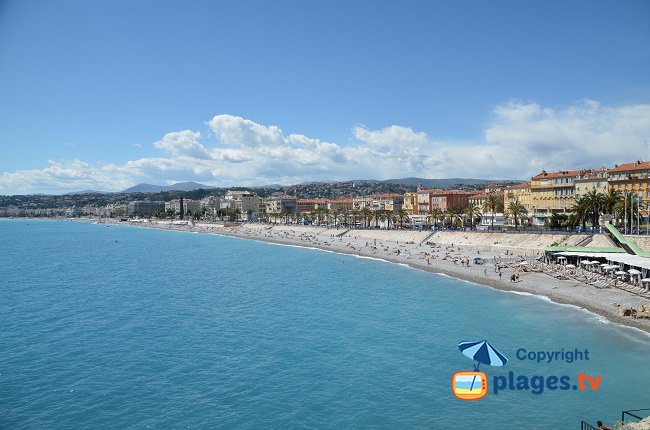 There is an exceptional view of the old town, the Promenade des Anglais and the Port of Nice from the top of the castle hill, where the view of the Baie des Anges is wonderful. There are also several snack bars, a waterfall and a garden for children.

The beaches in Nice 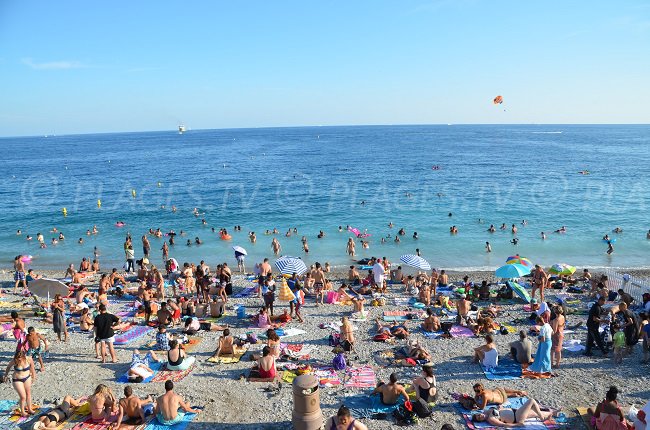 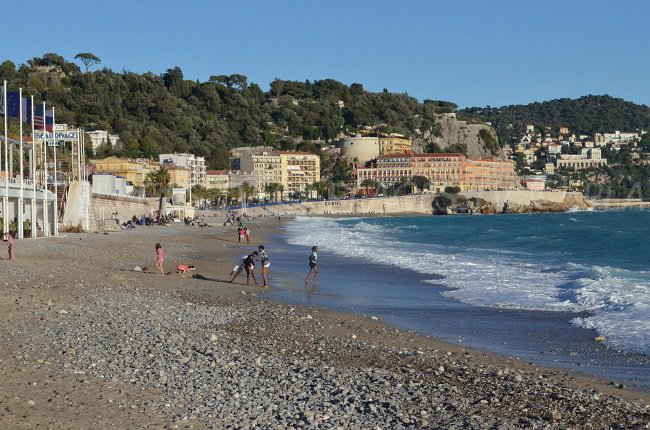 The same beach in November - it's quieter!

Nice has several private and public beaches. Voilier Beach (with a playground for children) is close to the Massena Museum and the Fine Arts museum, Beau Rivage Beach is the most popular. Lenval Beach offers the opportunity to try windsurfing while Carras Beach is dog friendly. For peace and quiet, one can choose St. Helena Beach west of Nice. Jacuzzi, deckchairs, parasols and massages are in the program for minimum fifteen euros on private beaches. Note that most of the beaches are pebbly. There is a sandy beach in summer in Nice (Beau Rivage - in fact reserved for children in the morning but in the afternoon access is free, a second area is located at Opera Beach next to the beach volleyball court). 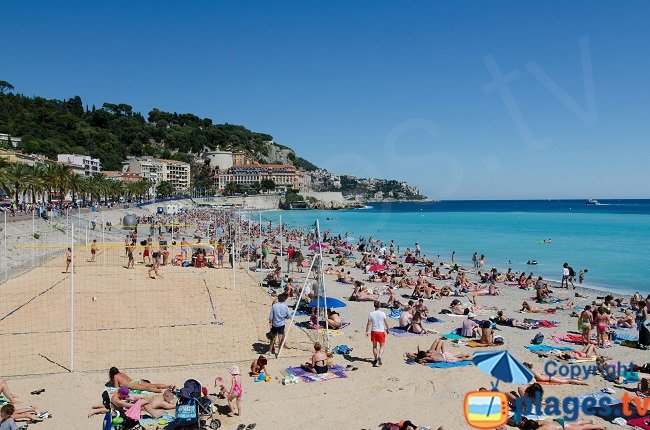 It is sandy around the beach volleyball court of Opera Beach

For those who prefer rocks and small coves, Coco Beach offers a unique setting overlooking the port of Nice. This is in our opinion one of the most beautiful beaches in Nice because the environment is exceptional and very original. 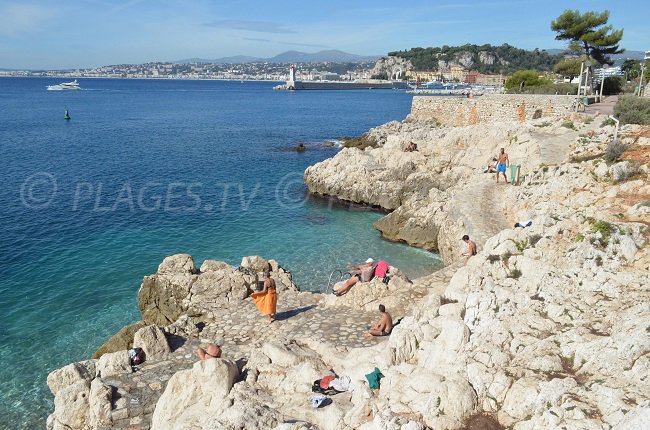 There are nearby villages if one wishes to escape the beaches for a few hours. The village of Belvedere, perched above the Vésubie Valley, has nice picturesque streets and fortified houses. It is a must see for hikers leaving the Gordolasque Valley. Breil-sur-Roya is located in the "Land of the olive trees" while Coaraze is the "Village of the Sun" surrounded by mimosas and pine trees. Located less than an hour away, it is even possible to ski in the resorts of the Mercantour!

Elegant Nice and its region appeal to everyone!

One can also discover from Nice the most beautiful beaches around Antibes as well as Cannes and the Croisette, which remains one of the most important touristic places in the French Riviera. In the Var department, about 1:30 from Nice, St Tropez with its harbour and famous beaches are worth a detour.

The beautiful beaches around Antibes and Juan Les Pins